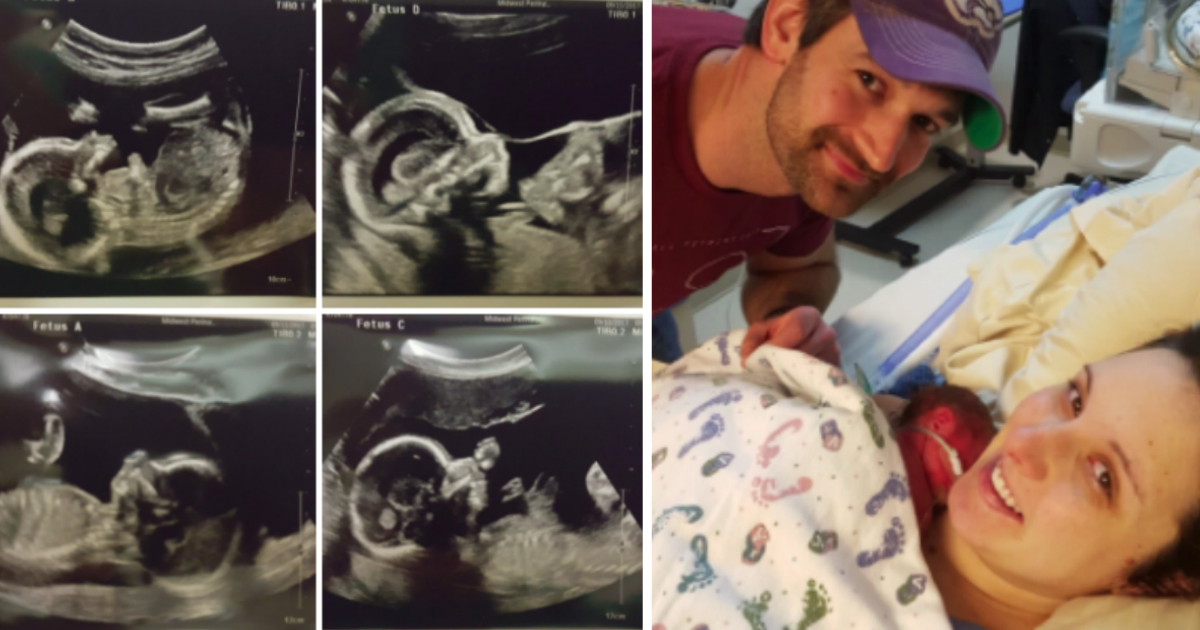 Erin and Matt Tietjen thought they were taking their 4-year-old daughter, Lena, on her last vacation ever. But to their surprise, the dying girl’s trip to Walt Disney World resulted in a miracle they never thought possible!

When 4-year-old Lena got sick, doctors first thought it was a typical stomach bug. She’d get better and be back to her old self in just a few days.

“But she didn’t, and the symptoms started getting worse,” mom Erin Tietjen said.

Instead of getting better, Lena started having trouble controlling the right side of her body. Terrified, her parents rushed her to the emergency room. From there, doctors transferred Lena to Children’s Hospital of Philadelphia where Erin and Matt’s worst nightmare began. 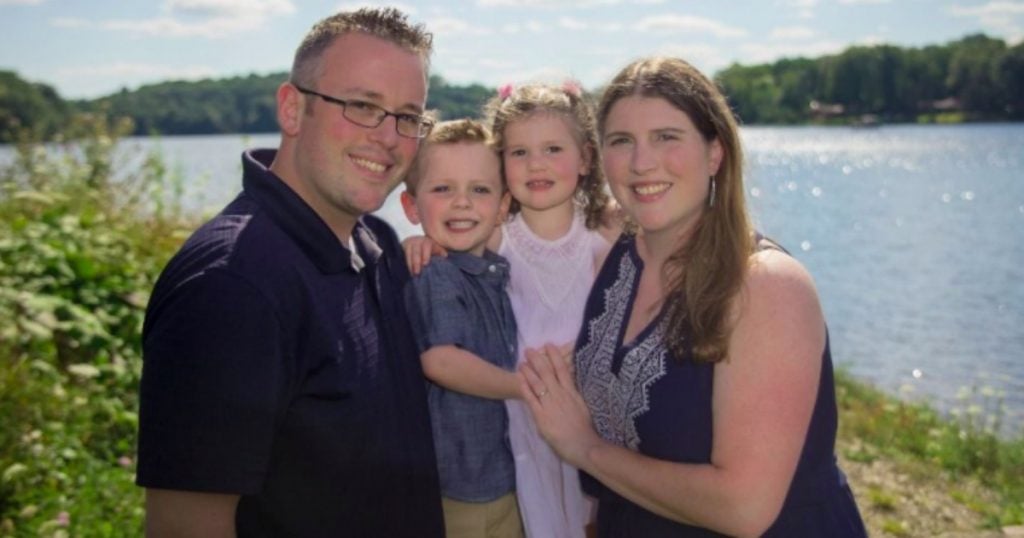 A scan revealed a mass deep in little Lena’s brain. She underwent surgery to drain some fluid and spent five days in the ICU. Her biopsy revealed the worst case imaginable. Lena’s mass turned out to be a malignant tumor, with its location making it inoperable.

“It’s the worst moment of your life,” dad Matt Tietjen said. “She’s so innocent. Your main job as a parent is to keep your child safe, and this was completely out of our control.”

Without treatment, doctors estimated Lena would live just a few months longer. Treatment could possibly prolong her life for a year. But in either scenario, Matt and Erin’s baby girl didn’t have long to live.

The news was heartbreaking, and Erin and Matt scrambled to make the most of whatever time Lena had left.

First, they focused on Lena’s love of reading. After Erin’s sister mentioned Lena’s passion for books on the GoFundMe page set up for the family, deliveries started pouring in for the brave young girl. 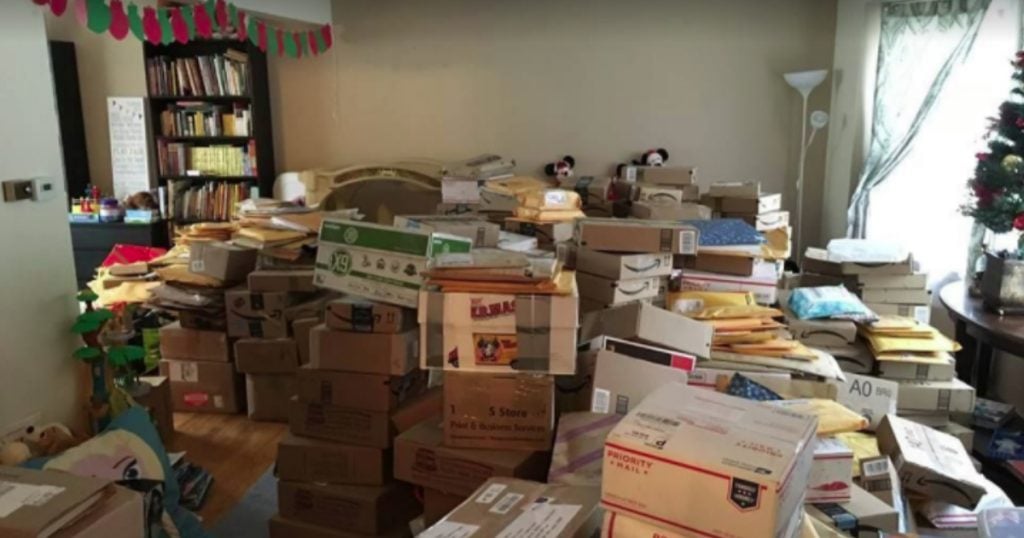 Next, Lena’s parents pulled together a last-minute trip to Walt Disney World. Since Lena was about to begin rigorous radiation therapy, they wanted to treat her to what would likely be her last vacation.

But as it turns out, the timing of the trip was in no way coincidental. God had a much bigger plan!

A Miracle At Walt Disney World

Though the planning the dying girl’s trip to Walt Disney World was hasty, there were a lot of truly happy moments. Even so, Lena’s health deteriorated rapidly. By the last day, she was so sick she had to be rushed to Arnold Palmer Hospital for emergency surgery.

But as terrible as that sounds, it was just what needed to happen!

At the hospital, the Tietjens met Dr. Samer Elbabaa. He was the pediatric neurosurgeon who would be operating on Lena. And he informed Erin and Matt of a miraculous change in their daughter’s condition.

Originally, doctors deemed Lena’s tumor inoperable because of where it was in her brain. However, the tumor had moved!

"He had told us that because of where the tumor had shifted to, that it probably was something where he could get in and operate. His estimate initially was 50 to 70 percent of the total tumor could possibly be removed," Matt Tietjen said.

But God had even more in store. During the surgery, Dr. Elbabaa was able to remove about 90 percent of the tumor — a true miracle! 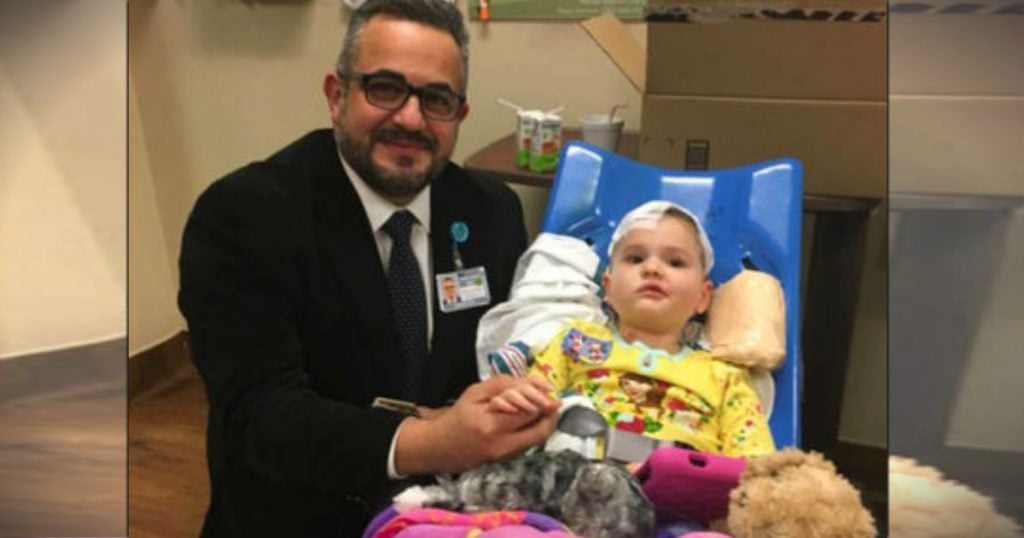 While there’s currently no cure for Lena’s type of cancer, the surgery drastically changed the playing field. And the Tietjen family truly believes this was the purpose God gave the dying girl’s trip to Walt Disney World.

"When we first got the diagnosis, that very, very first day back in November in the room, the first question I asked, strangely enough, was, ‘When can I take her to Disney World?' I don't know why I thought it, it just popped out of my mouth and I look back on that and I think there is a miracle in Florida for us," Erin said.

With an inoperable brain tumor, treatment was about delaying her fast-approaching death as much as possible. However, with 90% of the tumor now removed, God has blessed the family with more time to look for other types of treatment.

"What this does buy us is time with her and time to pursue all different courses of treatment, and one of those courses of treatment may be that window of opportunity or ray of light that is going to give her years instead of months," her mom, Erin, explained.

We’ll certainly continue praying for little Lena, and look forward to seeing what else God has in store for her and her family!

YOU MAY ALSO LIKE: This Little Girl Received a Miracle and It Was All Caught on Video