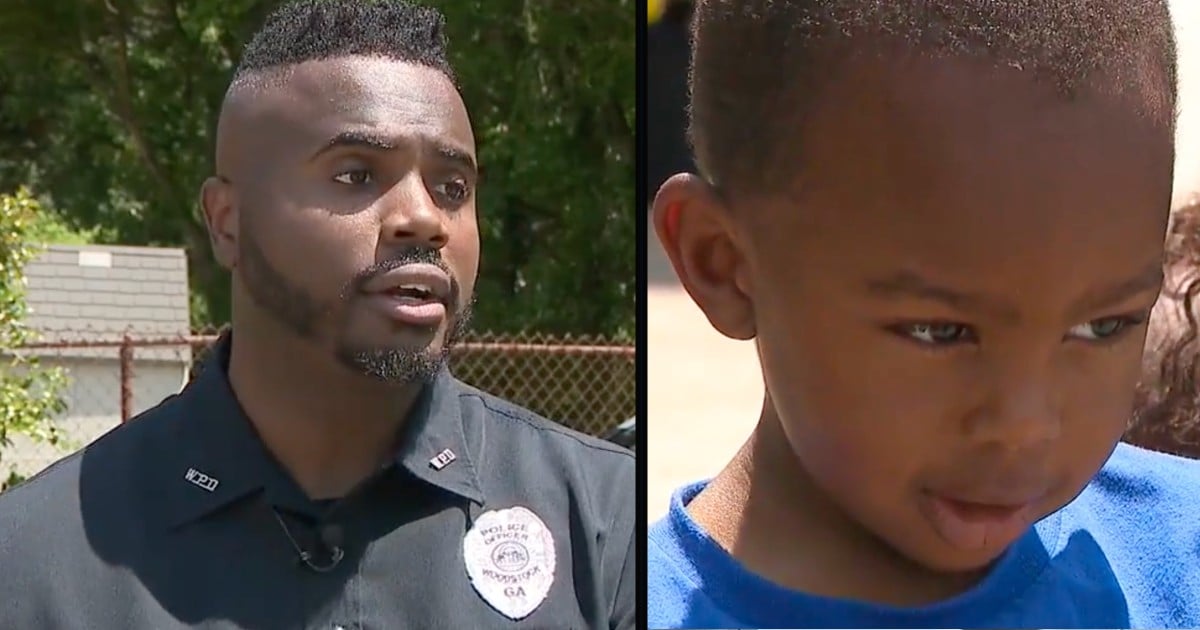 Her Son Got Sick And Suddenly Stopped Breathing, But Then A Guardian Angel Showed Up
Read Article »

Shasta Groene has endured more horror and loss in her 25 years than the vast majority of people will experience in an entire lifetime. Shasta has survived the unthinkable!

At the tender age of 8, Shasta and her brother Dylan were kidnapped by a serial killer and child molester named Joseph Edward Duncan III. Shasta witnessed the murders of her mother, her mother's boyfriend, and her 13-year-old brother Slade before she and Dylan were taken from their Wolf Lodge, Idaho home, and subjected to weeks of abuse and torture.

RELATED: He Witnessed The Murder Of His Family As A Child But God Saved Joey Kelly For A Reason

While Dylan tragically did not survive the ordeal, Shasta miraculously did. She was rescued in a Coeur d'Alene restaurant 48 days after the murders and abduction. That is Shasta's past.

WATCH: Kidnapped By Family’s Murderer At 8

Today, Shasta Groene is the mother of four boys under the age of 7, and her fifth is due in August 2022. She is one busy momma! Shasta and her husband make their home in the Boise, Idaho area, and she works as a supervising housekeeper at a nearby hotel.

RELATED: Elizabeth Smart Tells How She Survived Being Kidnapped

Shasta continues treatment to address the effects of the trauma that she experienced back in 2005. One thing that Shasta has found particularly therapeutic is the monthly delivery of a subscription beauty box.

The cosmetics that she finds inside help her to feel special and pampered. “It makes me feel great,” Shasta said, “like all the insecurities are gone.” She adds, “I guess I kind of hide behind makeup.”

After Shasta was located and safe, she found herself in the national spotlight. And, though she has been "hiding" in the years since the tragedy, she is now coming forward to tell her story.

The case will be the subject of the 2-hour premiere of People Magazine Investigates, airing June 6. Shasta hopes that, by sharing her story, she will empower other victims and find healing for herself in the process. Shasta recognizes that she is not bound to her past, saying, “You’re not your past. Every day is a new chapter.”

On March 28, 2021, Shasta's kidnapper died in prison, the result of a brain tumor. He had killed up to 8 people, raped as many as 16, and molested potentially 7 innocent souls. Shasta shared, "Today, I woke up feeling like my soul was finally free."

I had the chance to hear from #ShastaGroene today. Her family's killer, Joseph #Duncan, died over the weekend of cancer on death row. She shared her feelings about his death with me. https://t.co/bA90v37clY pic.twitter.com/RQaJ6aF5o3

Shasta Groene appreciates all of the support that she has received from her community since that horrific time in 2005. And, she thinks about Duncan's other victims.

"If I could, I would take all their pain away. I know that me saying that doesn't take their pain away, but I hope they find a little bit of contentment knowing that they are thought about so often and prayed for."

YOU MAY ALSO LIKE: 8 True Crime Stories from Survivors Behind ‘The Redemption Project' (And What They Can Teach Us)

Shasta wears her hair in long colorful braids. She has body art and piercings. And, she enjoys a few new make-up products each month. But, Shasta's beauty is not about her hair or her ink or her eye shadow. Her beauty comes from within. Shasta is a survivor, and, more importantly, she is a child of God!

"To the one who is victorious, I will give the right to sit with me on my throne, just as I was victorious and sat down with my Father on his throne." Revelation 3:21

LISTEN: Chuck Norris Didn't Know About His Daughter for 26 Years | Burn Victim Inspired Many With His Story