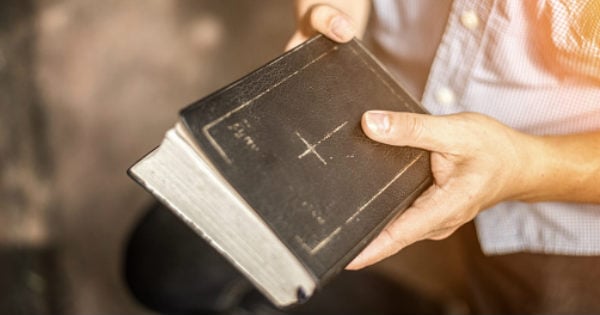 CNN’s new show "The Redemption Project with Van Jones" dives into 8 true crime stories, picking up where the justice system left off. In each case, the perpetrator has been caught and a verdict has been delivered. But the story is far from over.

Currently, a violent crime case is considered “finished” once the court rules.

RELATED: Son of Sam Killer Speaks Out About Devil 40 Years After Shooting

But that’s not really how things work in true crime stories. The violent act forges a permanent connection between the person who committed the crime and the survivors left behind. Sentencing may deliver justice but it doesn’t necessarily bring healing.

For this reason, CNN political commentator Van Jones has spent more than two decades fighting for criminal justice reform, pushing for what’s called a restorative justice process. And that’s the entire basis behind his new show, “The Redemption Project”.

"The Redemption Project with Van Jones" premiered April 28, 2019. And it explores the transformative power of forgiveness, grace, and redemption.

Each episode of the show highlights true crime stories. Host Van Jones brings victims and/or surviving family members of a life-altering crime face-to-face with the offender. Here, they can seek answers, peace, and some sense of healing.

It sounds impossible. But the impossible is where our God loves to work! And throughout the filming of this show, Van Jones saw miracles happen.

Do you believe in miracles? You will if you watch #RedemptionProject, my new docuseries on the restorative justice process, starting next Sunday (4/28) at 9pm ET/PT on @CNN.
•••
NEW YORK: advanced screening at @brennancenter on Monday, 4/22. https://t.co/kpA5nVKdFX pic.twitter.com/v5pxJVne0u

For example, can you imagine ever forgiving the person who killed your child? Well, when mother Terria Walters came face-to-face with her son’s murderer, she not only forgave him but mentored him, too, encouraging him to break the chains of addiction.

And that’s exactly what the restorative justice process is all about. Van Jones explains the vicious cycle that takes place in true crime stories:

“There is a cycle of addiction, crime, incarceration, release, addicted, crime, jail. It is an endless cycle. 66% who get out of prison are returning to prison within three years.”

RELATED: Judge Caprio Gets Unexpected Reunion With ‘Bad Boy' From 18 Years Ago

Van Jones believes initiatives like “The Redemption Project” can help heal the whole community and all parties involved.

Not every true crime story in “The Redemption Project” ended in forgiveness. But it did open the door to the healing process.

“For some crime survivors, the pain proved too deep to set aside,” host Van Jones explained. “But the dialogues were still invaluable, as they gave long-suffering victims vital information, invaluable insight and answers to questions that had haunted them for years.”

Van says he learned a lot through the filming of this show. It taught him the importance of apologies and the power of forgiveness. And the biggest lesson he hopes everyone takes away from the show is this:

“People have more capacity for healing, empathy and understanding than almost anyone in our media, schools, courts or political system suggests.”

When someone or something hurts us, our bitterness and anger chain us to the pain and we can find ourselves stuck. Through forgiveness, God wants to free us from that burden. Perhaps Holocaust survivor and author of The Hiding Place, Corrie ten Boom, put it best:

“You will find it is necessary to let things go, simply for the reason that they are too heavy.”

But how? We’d recommend this article for advice on how to forgive. And here are a few Bible verses to get you started.