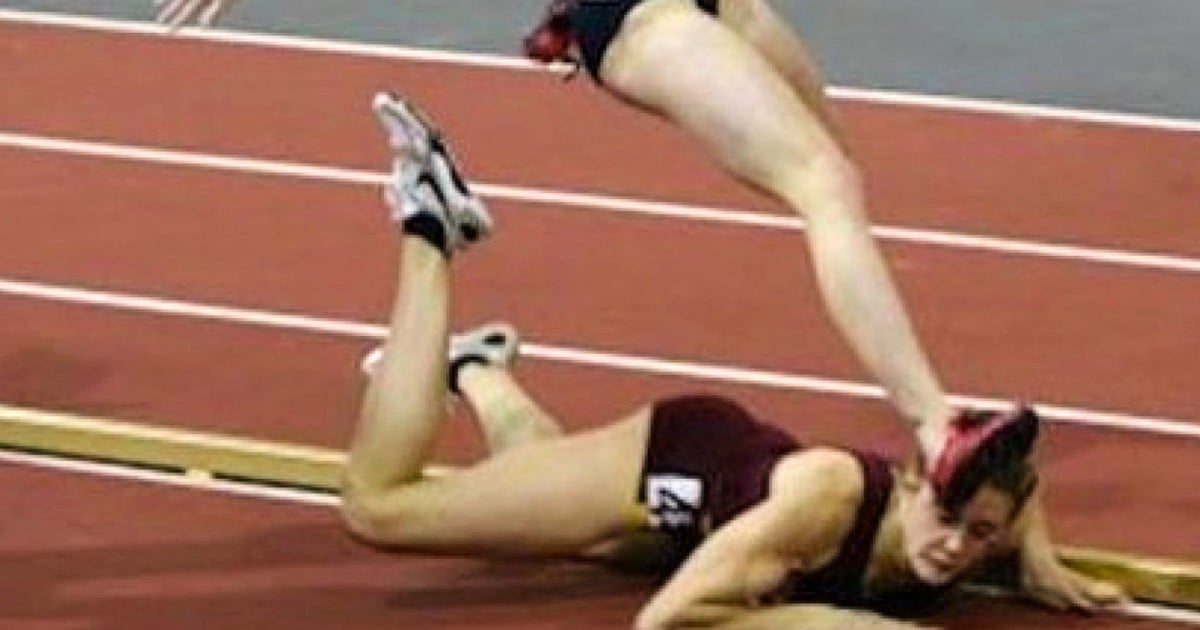 With no hands or feet, Kyle Maynard could make plenty of excuses. But that’s not how he lives his life. Instead of letting physical differences decide what he can and can’t do, Kyle focuses on setting his mind to what he will do. No excuses. And the unbelievable, yet true story of Kyle Maynard is sure to inspire all who hear it! (If you’d prefer to listen to the audio version of this story, scroll to the end of this article to find the podcast version below!)

Georgia couple Scott and Anita Maynard said hello to their son, Kyle, on March 24, 1986, despite the nurse’s suggestion they abort. While expecting, doctors informed Anita her son would likely face physical disabilities because of a rare disorder. But Kyle’s loving parents made it clear an abortion was out of the question.

And when their precious son came into the world with no hands or feet, they loved him no less.

Kyle was born with what’s called congenital amputation. His arms end at his elbows and his legs at his knees. He has no hands or feet.

By the time Kyle was a toddler, his physical challenges started to get in his way. He couldn’t walk or stand on his own. He couldn’t keep up with other kids or feed himself. So, one day, his father announced they would no longer help feed their son.

It wasn’t an easy choice. But Kyle’s dad recognized it was time for some tough love. He wanted the best for their son and by doing everything for him, they were actually holding him back. Kyle needed to learn how to take care of himself.

WATCH: True Story Of Kyle Maynard — The Power Of Failure

As a result, Kyle learned first how to eat using a prosthetic spoon. Then he progressed to regular silverware. And this was just the beginning of Kyle’s unbelievable story of triumph!

Where Kyle’s dad helped teach him self-reliance, his Grandma Betty taught him how to rely on the Lord.

Kyle’s family treated him just like any other kid. But while out in public, people would sometimes openly stare. To them, he was different.

During a trip to the grocery store with Grandma Betty, the stares finally prompted Kyle to ask why he was born “different.”

“God made you special, and it’s okay to be different. No two people are ever going to be exactly the same,” Grandma Betty answered. 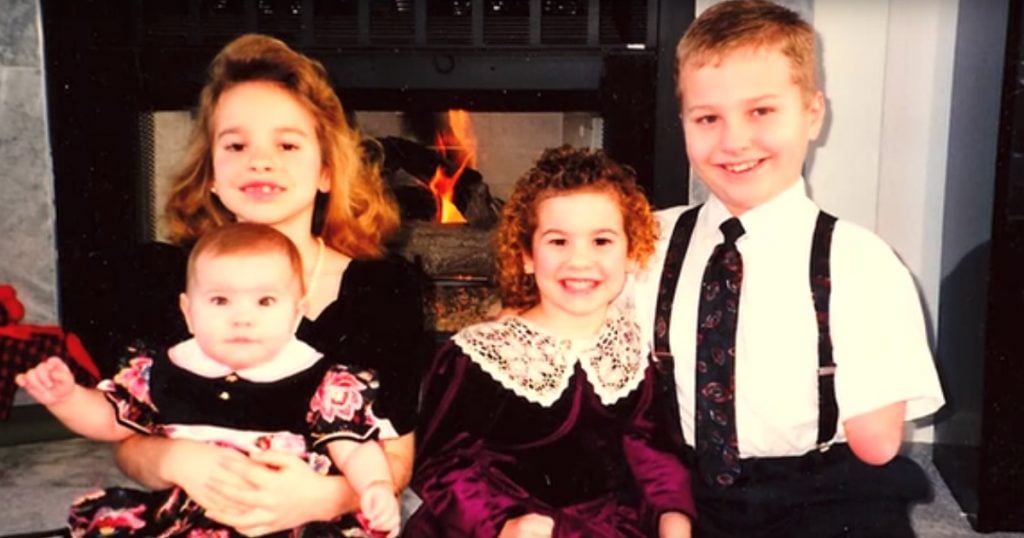 She went on to explain how God loved Kyle just as much as He loved all of His children. And that foundation in Jesus lit the way for Kyle’s incredible persistence in overcoming any barrier in his path.

"There are no worthy excuses," he says. "Scripture tells us that all things are possible through Christ who strengthens us."

And so, rather than spend his life letting his disorder hold him back, Kyle has instead spent his time racking up accomplishments.

With a solid foundation of faith and family, Kyle set out to live life to his best. He made great friends who accepted him, and grew up like most little boys, playing cops and robbers, capture the flag, and so on.

And like most little boys, Kyle dreamed of becoming a star athlete. It’s the kind of dream most people would have said was unattainable for someone like him. But Kyle isn’t one to let a challenge stand in his way.

“No obstacle would keep me from accomplishing my dreams,” he said.

Despite his mother’s reluctance, Kyle joined the youth football team. 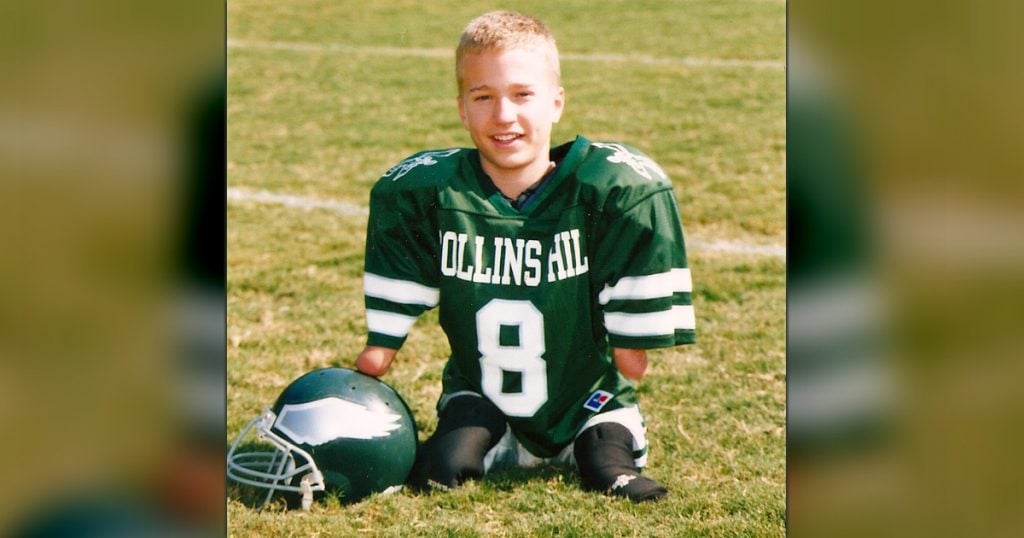 The sixth-grader participated in weight training and played nose tackle on the team. While he wasn’t a starting player, Kyle just kept pushing himself, impressing everyone with his grit and determination.

“I didn’t quit or give up,” he recalled. “I met the adversity with a full head of steam. I wanted to change the way players and coaches saw me-not as a disabled player, but as a defensive lineman who could inflict more damage than anyone else had before.”

From there, Kyle moved on to wrestling. His coach backed him up one hundred percent and became a huge influence in Kyle’s life.

“From the beginning, he willingly devoted himself to helping me succeed,” Kyle says. “I look up to him because I believe wrestling has forged him into a man of strength and fortitude in life, not just in this sport.”

Wrestling forced Kyle to dig deep. While his coach worked to develop special moves just for his body type, Kyle finished his first season without a single victory. But his dad encouraged him to keep trying. So, Kyle signed up again in the seventh grade.

Finally, after 35 straight losses, Kyle finally won a match. It was an enormous victory and fueled his inner-champion.

Kyle kept wrestling, kept practicing and kept developing special moves suited for his physical differences. And it paid off. He finished his high school wrestling career with 35 victories and only 16 losses. He even placed 12th in the 103-pound weight class at the National High School Wrestling Championships!

Kyle wasn’t just a committed athlete, but a dedicated student, too. He finished high school with a 3.7 GPA and continued his studies and wrestling career at Georgia University.

Kyle has never stopped pushing himself. He lives his life with few limitations and can type up to 50 words per minute, write, eat, drive a car, and use an iPhone without assistance. He’s earned the ESPY award for Best Athlete With a Disability, broken records, tried his hand at mixed martial arts, and even became the first quadruple amputee to reach the summit of Mount Kilimanjaro and Mount Aconcagua without the aid of prosthetics. 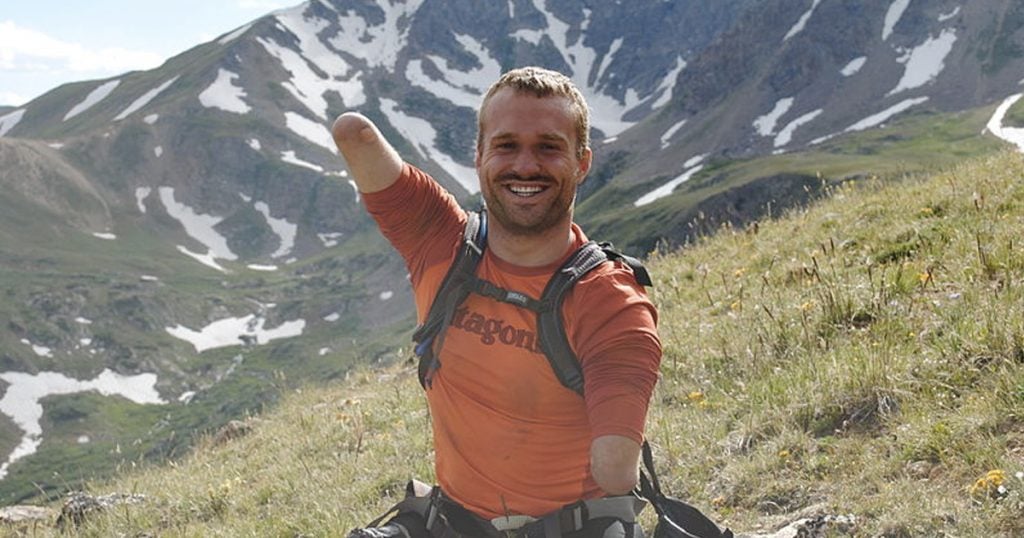 Because of his persistence, Kyle is a real-life inspiration to so many. And he believes this to be the true calling God gave him.

“I believe God made me the way I am in order to show people that there is no amount of adversity that a single person cannot overcome if they trust in themselves and trust in the will of Jesus Christ,” he says.

Kyle travels the world as a motivational speaker, sharing his story and encouraging others to never give up. He’s living proof that God’s Will for us is greater than any obstacle.

“Every person on the planet has a disability – not just those we can see,” Kyle says. “And we all choose whether we allow our lives to be defined by them or not.”