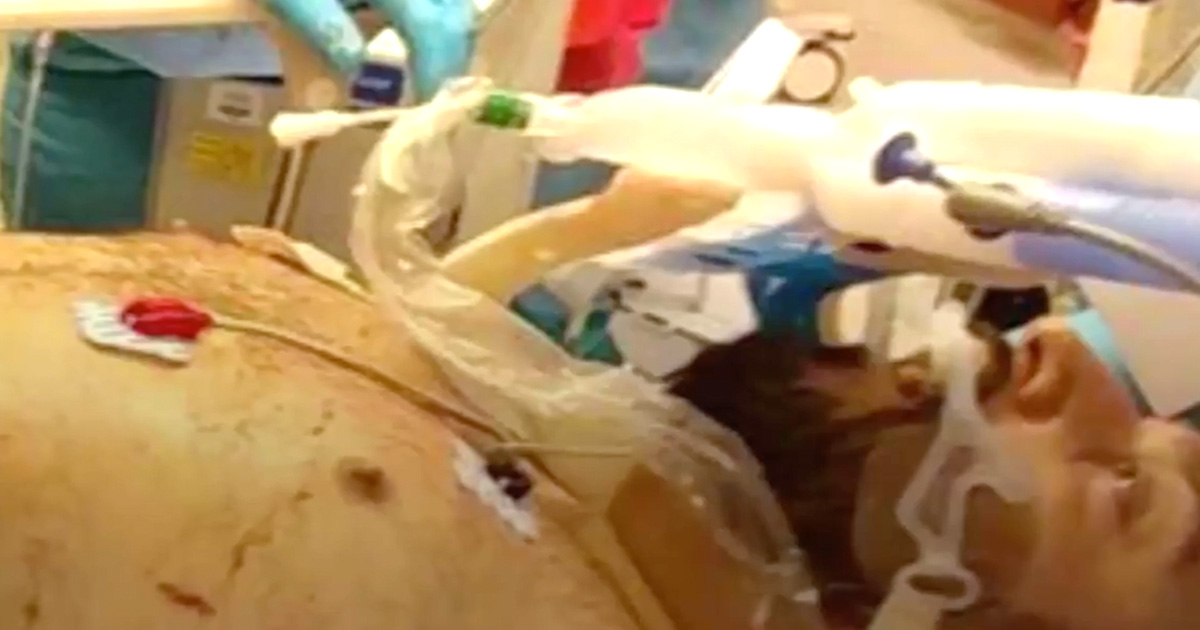 In a moment of sheer terror, Dona listened helplessly over speakerphone as a tractor-trailer side-swiped the car her oldest daughter, Malina Richardson, was driving. But after leaning on their faith, Dona is now praising God for her daughter’s miraculous car crash recovery!

Malina Richardson, along with her younger sister, Maya, headed home for the weekend from Radford University. They had their mom, Dona, on speakerphone when the unthinkable happened.

Listening In On A Terrible Crash

A tractor-trailer cut across the interstate, unexpectedly swerving into Malina’s lane. Malina jerked the wheel as the truck closed in, sending the vehicle towards an embankment.

The tractor-trailer continued on, apparently unaware of the accident they caused. But poor Dona listened in through the whole, terrifying ordeal, along with her 15-year-old daughter, Alycia, who was riding with mom.

They heard screams, what sounded like tinfoil crumpling, gurgling, and then. . . agonizing silence.

“To hear your child scream, you’re like okay, I've got something," Dona said. "To hear them gurgling — you know they’re fighting to stay alive, but then to hear deafening silence- it’s a feeling no parent should have..." 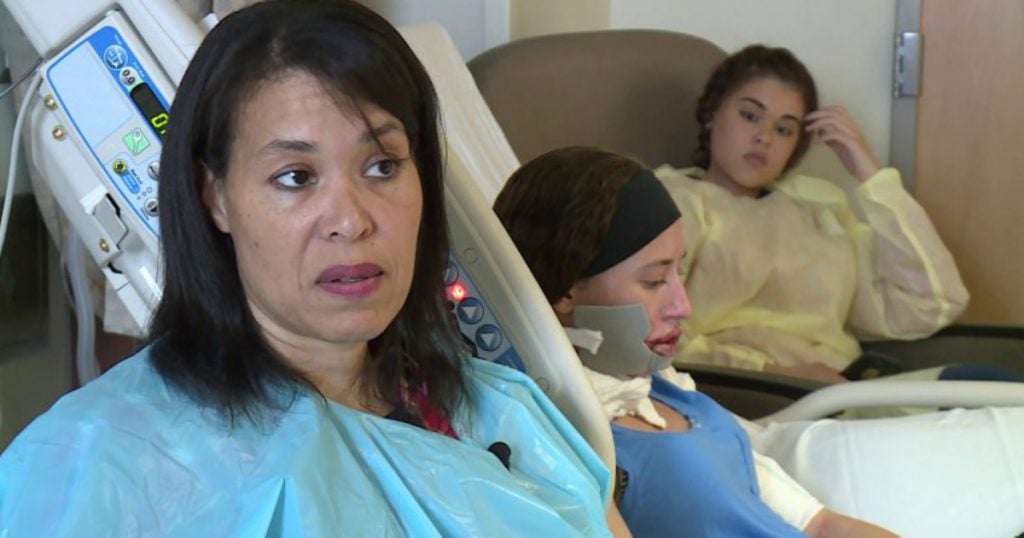 Dona listened to every heartwrenching sound, screaming at her girls to wake up and fight — all while 15-year-old Alycia frantically dialed 911.

The Aftermath Of A Horrifying Car Crash

When Malina’s car hit the embankment, the impact sent it flying into the air. The force threw Malina out of the vehicle and onto the ground, where the car then came crashing down on her.

Terrified and dazed, Maya jumped out of the vehicle and screamed for help. She ran around the car, looking for Malina. She found her underneath the car with hot oil leaking right onto her sister’s face. Somehow, Maya managed to lift the vehicle off of her sister and pulled Malina out.

An ambulance rushed Malina to VCU Medical Center. She suffered from critical burns, multiple fractures, and internal injuries including a punctured lung.

RELATED: A Young Couple Was Spared From A Horrible Crash And It Was All God

Trauma doctors warned Malina’s family to prepare for the worst. But they held onto faith, praying for the best. They’d already seen God’s work during the accident.

“Miracles have happened – you know – God is so good," Malina said.

Miracles Pave The Way For An Amazing Car Crash Recovery

For starters, when the car went airborne, Maya made a split-second call to unclick hers and her sister’s seatbelts. It’s a decision she can’t even quite explain herself. But it was clearly a divine prompting.

“There was no time for decisions,” Dona said. “This was God.” 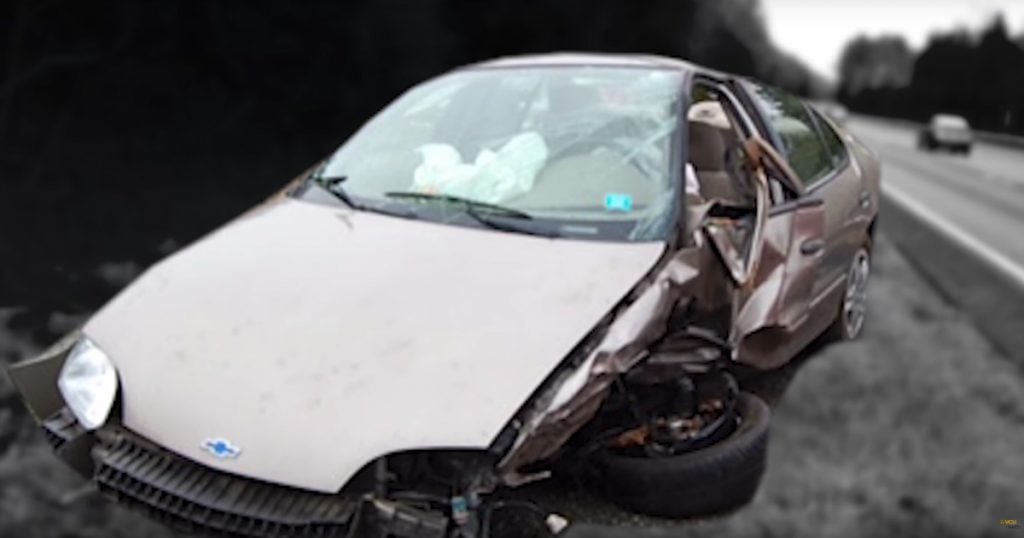 Witnesses say the car shot up as high as the tree line after hitting the embankment. Because Maya undid the seatbelts, the girls were tossed backward as the car rocketed into the air. Maya flew into the back, while Malina rocketed out of the vehicle.

It sounds bad. But it was just what needed to happen to give Malina a fighting chance. As her Chevy Cavalier hit the ground, the impact crushed the driver’s side. Emergency crews are convinced Malina would have been crushed, too, had she remained in the driver’s seat.

Miraculously, Maya only broke a toe in the accident. By some divine power, she was able to lift the car off of her sister and wipe the hot oil off her face. Doctors say this prevented the worst burns.

“If it weren’t for Maya, I probably wouldn’t be able to see or be here right now," Malina said, "because she pulled me from underneath the car and saved me and she wiped the oil off from around my eyes.”

Dr. Michel Aboutanos was one of the doctors who tended to Malina when she arrived at VCU Medical Center. The damage from the crash was severe and at first, the girl’s vital signs got worse.

“That’s one thing I remember vividly was that this could go really bad and has the potential to do that,” he recalls.

But the medical team kept working and God did the rest.

Malina’s car crash recovery surprised her doctors. Instead of getting worse, as they feared, she stabilized and started getting better. After a month of surgeries and painful treatments, Malina was able to head home in a wheelchair — an amazing feat given her injuries!

About a week later, the first responders from the day of the crash picked Malina up at her home in Ashland, Virginia and transported her to Radford University for her graduation ceremony. Malina, a real-life overcomer, crossed the stage on crutches to accept her diploma. 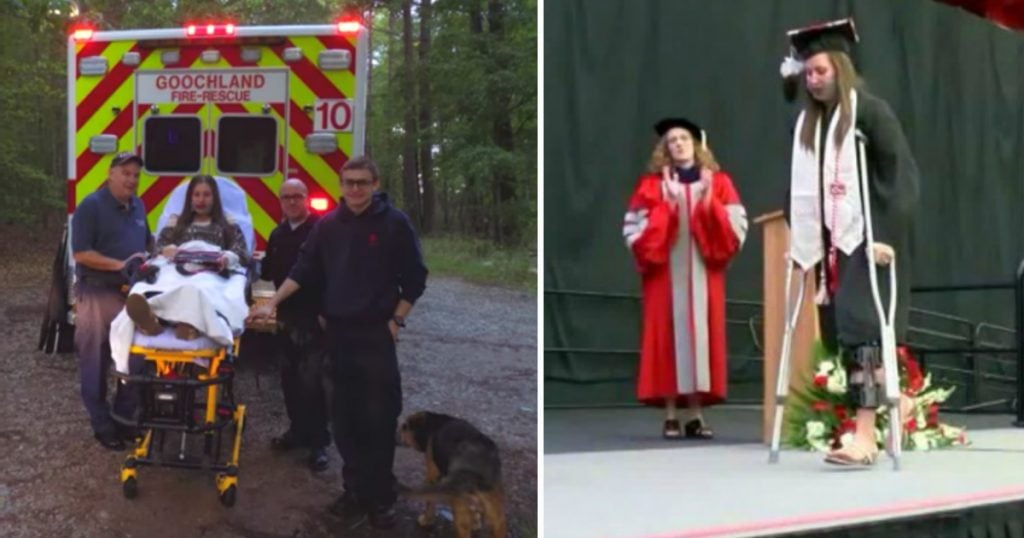 Of course, her car crash recovery was far from over. There would be more treatments and lots of physical therapy to try and get Malina back on her feet for good.

As the one-year anniversary of the accident approached, Malina’s family honored what they call her second birthday — the day God brought her back.

“I want to think about the day she was reborn, the day that God came down from Heaven to earth and brought her back to us and she is living,” Dona said.

And they found there was a lot to celebrate.

Before the accident, running was a huge part Malina’s life. The track and field athlete worked tirelessly in physical therapy with the goal of regaining mobility. A year later, she was not only walking again but running, too.

She’s also back behind the wheel. After such a traumatic event, it’s no small feat that Malina can now drive without having a panic attack.

Malina’s real-life overcomer story has inspired so many, and she was even honored by VCU Health at their Shining Knight Gala. And through it all, the faithful family has used the horrific accident and Malina’s miraculous car crash recovery to glorify God!