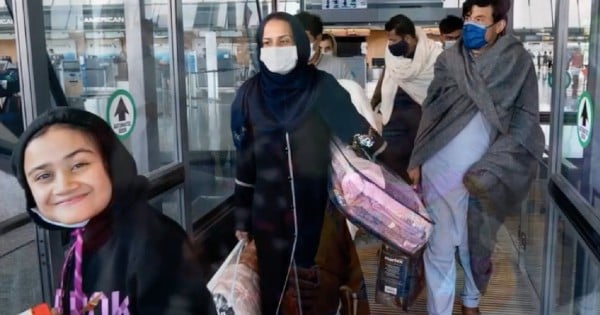 One singing plumber is surprised to land a record deal while he fixes bathrooms in a client's home.

Kev Crane is a 49-year-old plumber, and he has been in the business for eight years. While he works, Kev likes to sing. And this hobby of his led him straight to a record deal! You see, on one of his most recent jobs, Kev was unaware that his client, Paul Conneally, was the owner of a record label.

RELATED: Pregnant Opera Singer On The Way Home From A Wedding Suddenly Feels Her Water Break

"I got a call to go and quote some bathrooms, I thought fair enough," said Kev. "I then started work at Paul's house, and I like to sing while I am working. And he pulled me into the living room one night for a conversation about my singing voice. I started telling him that I love music. That I used to be in a band and had written an album-more of a hobby really. I was shocked when he said he wanted to hear it. I sent him the album on the Friday, and I thought if I don't hear from him over the weekend, I can just go back to work for him on the Monday and just carry on fitting his bathrooms."

After Paul shared with Kev that he really liked his album, he told him that he wanted to sign him to his record label.

“He sent me some songs and I was blown away by his songwriting and his attention to detail in producing a sound that is so 80s but so now at the same time,” shared Paul.

Singing Plumber Gets Record Deal After Homeowner Overhears Him

Paul owns New Reality Records, which has artists from Brazil, New York, and Britain. And Kev was completely shocked when he heard that Paul was offering him the chance to be a part of his record label.

“It just feels surreal. I never expected anything like this to happen," Kev shared.

So, Kev went ahead and accepted the offer while still finishing up working on the bathrooms at Paul's house.

"I carried on working at his house and at the same time finishing my album in the recording studio-it's overwhelming," he said.

What an exciting turn of events for this singing plumber! And he is not the only one excited about this new role.

"My wife has been so overwhelmed by it all, in tears about it," shared Kev. "Good tears because she knows it's my passion."

The album that Kev is finishing up now is called Why Can't I Be You?, and the tracks of the album are being released weekly online up until Christmas. After the full album is released, Kev plans to write music for other musicians.

YOU MAY ALSO LIKE: Nicole Kidman Goes To Church And Trusts In God Even Though Her Friends Tease Her