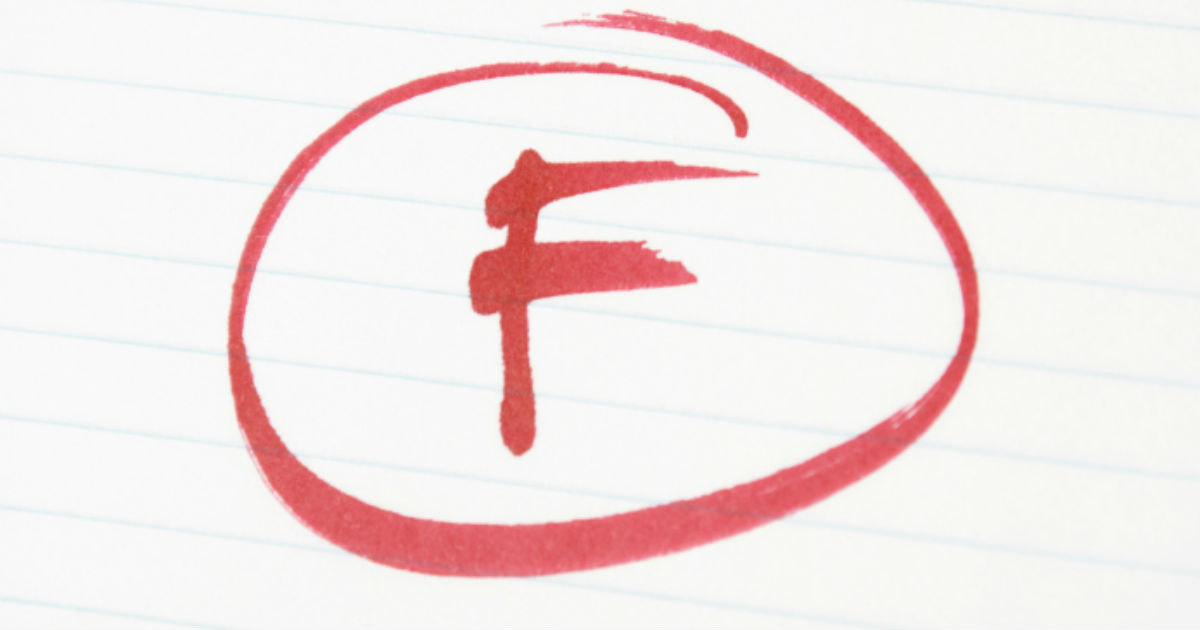 She Included Jesus In Her Paper. What Her Teacher Threatened To Do Next Is Shocking!
Read Article »

Judge Not, Lest Ye Be Judged

Keith Hausher, a trainer for Shark Fitness Training, found himself seated behind an overweight woman at a Cardinals game. And sadly, he found himself far more interested in what she was eating than the game itself. He used his phone to take photos of the woman, which he posted to his company's FaceBook page with some less than flattering comments. 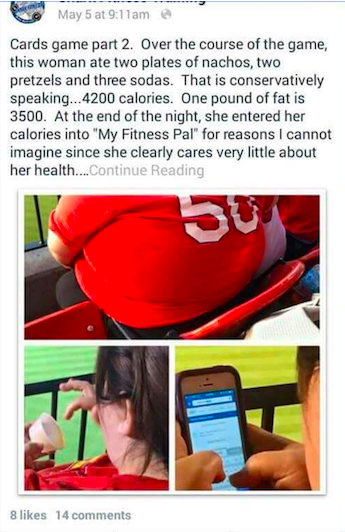 A few days later, an amazing response to the fat-shaming was posted on fitness blog, The Anti-Jared, of a woman who is currently on her own personal weight loss journey. While the identity of the woman featured in the photos above remains a mystery, the inspiring true story of a real-life hero serves as the perfect response to the online bully.

"It was not that long ago that I was over 400 pounds. I struggled with eating and my weight for a long time. I was unable to do many of the functions that others could. I could not put on my pants one leg at a time. I could not cross my legs. Being over 400 pounds was hard.

I have lost well over 150 pounds. I get it, to you I am still huge and gross but I can look in the mirror now. I love myself now. It is not easy."

The real-life story of Beverly Cutlip of West Virginia was shared by Fitness Blogger, Tony Posnanski — a man who has been through his own weight loss journey. Tony has lost 221 pounds and started the Anti-Jared blog as a means to inspire and support others struggling to overcome obesity.

Beverly Cutlip weighed 450 pounds when she decided a change was in order. She found comfort and encouragement in Tony's blog, and wrote to him to share a moving story of the day she sat down at a picnic bench and cried, because she knew he would understand. She had lost 80 pounds, and her tears that day were those of joy. Joy that, for the first time in a very long time, she could fit into the bench of a picnic table.

For Tony, having endured the same types of struggles as Beverly due to his weight, her story really resonated with him. And that's why his heart broke for the anonymous woman who was simply trying to enjoy a baseball game when she was judged so harshly by Keith Hausher. Where Keith saw this as an opportunity to body shame, Tony saw this as a perfect opportunity to apply Beverly's real life struggle to remind folks that there is always another side to the story. For those battling obesity, Tony wanted to help change public perception so that these people could be encouraged and accepted.

And it looks like Tony's message is having an impact. His response went viral, and Keith has since issued an apology for his harsh comments. 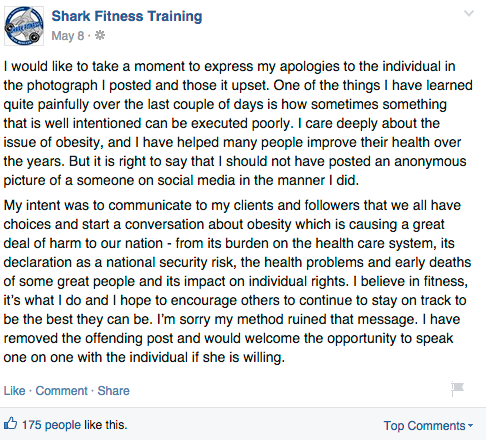 Overall, this story is a wonderful reminder that we should not be quick to judge. In fact, we are not really meant to judge at all. That is a job best left up to the Almighty. We are here to love our neighbors — to lift them up and encourage them in their trials. When we see others doing things that we perceive as wrong, it can be easy to lash out. But Jesus' response was to love the sinners. None of us are without fault, and it is through his love and grace that we are redeemed. Let us show that same kind of love and compassion to our neighbors.