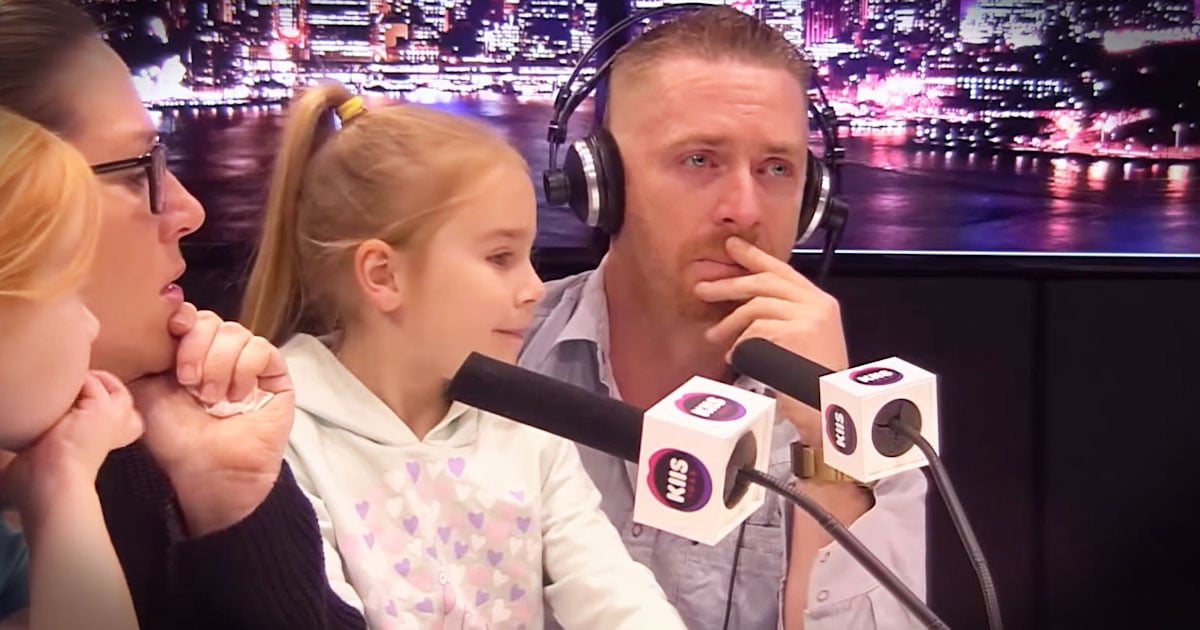 There is no doubt that Hawaiian photographer Diana Kim inherited her love for photography from her daddy.

When Diana was just a five-year-old little girl, her dad owned a photography studio, and that’s where some of her sweetest memories were made. “Some of the earliest memories I have of my father is of him giving me Ring Pop candies whenever my mother and I would visit him," Diana remembered, “I had an insatiable craving for sweets and he would go behind my mother’s back and sneak me gummy bears and Ring Pops.” 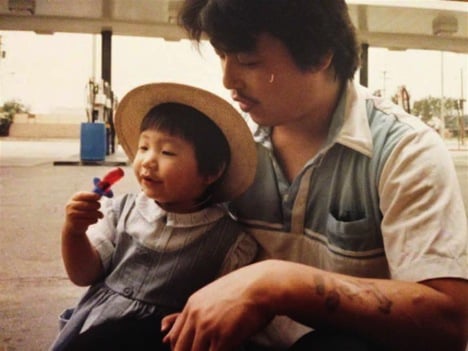 Unfortunately, that was one of the last memories that Diana had with her dad. Her parents separated, and the rest of her childhood was filled with turmoil and sadness. Diana and her mother moved from place to place living with relatives, friends, and in parked cars. Diana’s father was nowhere to be found, and she dealt with feelings of disappointment, hurt, and abandonment throughout the years. Nonetheless, Diana was determined to overcome and rise above her circumstances, now she is happily married with two sons. She is pursuing law and photography, and she advocates for causes that she believes in.

Diana hadn't seen her father in 25 years, and it took an act of God to bring them together again.

While Kim was a law student, she would go out on the streets and photograph the homeless for a personal project. Because of her own experiences she wanted to show that the homeless are people too, “I first started photographing the homeless community in my first year of college. I gravitated towards the homeless because in some ways I identified with their struggle. I knew what it meant to be discarded, to be neglected, and to not have the stability and economic freedom I wanted. Overall, I understood their struggle because I struggled in the same way." 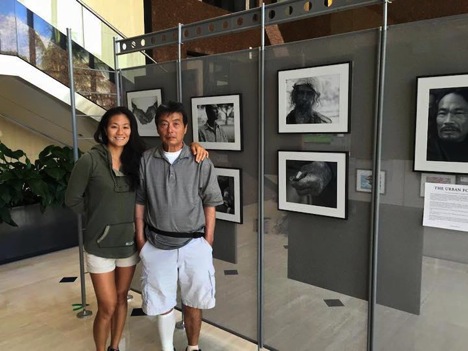 One day while working on her photography project, Diana found the man that abandoned her as a little girl. He was nothing like she remembered, he was homeless, unclean, dressed in torn rags, and he was extremely thin. And on top of it all, he didn't even recognize her. But she knew, this was her father. 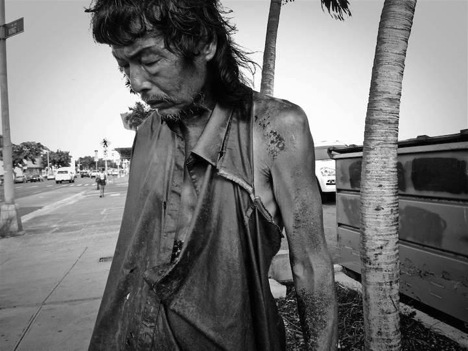 "I found him standing at the corner of a busy intersection staring into the asphalt. His hair was matted and his head rolled in small circles… I inched closer towards him, feeling a sense of uncertainty, and finally found the courage to call out to him. He didn’t hear me. He couldn’t hear me. I slowly stepped closer and mustered up the courage to tap him on the shoulder. Still nothing. He didn’t look up. He didn’t turn around. By now there were a couple of pedestrians who had noticed my efforts, and I could feel their eyes burning into my back and face. I could feel their curiosity pierce through the space between my father and I. The vast emptiness between us was broken by a woman who approached me and said, “Don’t bother, he has been standing there for days.” 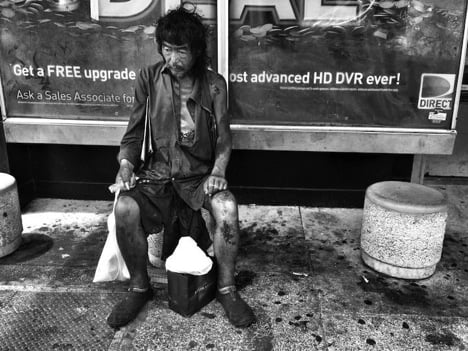 Diana was so upset at the woman's heartlessness, “A part of me wanted to scream at this woman, and the world, for being so callous. I wanted to yell that he was my father, that she was a heartless person to not care. But I realized that none of that would change the circumstances. So instead of screaming at her, I faced her and said, ‘I have to try.'”

For two years after she found her dad, Diana would visit him one the street where his old studio was, but where he now slept behind a few cardboard boxes. Diana's father struggled with severe schizophrenia, he would often be found unresponsive, he would shout and argue with himself and with people that didn’t actually exist. Diana's father refused to get help of any kind, he wouldn’t take his medicine, eat, bathe, or wear the clothes that Kim would bring him. 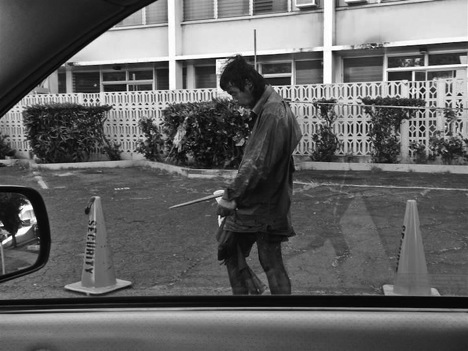 Even when things seemed as if they would never get better Diana never quit helping her dad. She remembered one of the conversations she had with him a few years before when he said “Diana, I am so sorry for not being in your life. I am so happy that you have a family of your own now. Do better for them. Don’t worry about me or what everyone says about me. If you want to make me proud and happy, be there for your family the way your mom and I never were. Stop trying to save everyone…just worry about yourself and your family. And don’t forget why I named you Diana, you are the light within the darkness."

It was at that moment when Diana decide to forgive her father for everything. She was able to freely love her father, and she knew that she would be there for him until the end.

“I never had a relationship with my father growing up, and there was a lot he did and didn’t do that hurt me, but I have chosen to forgive him so we can move forward.”

But one day Diana received a phone call from her cousin who gave her some bad news. Her father was found face-down on the sidewalk, someone called the police, he was rushed to the hospital and was in critical condition. Diana's dad had suffered from a heart attack, but even so, Diana was grateful that he was alive, “I cannot even begin to describe the feelings of gratitude for the person who took the time to help him. My biggest fear has always been that he would die on the streets, and nobody would know who he was. My desperation and feelings of hopelessness are over for now.” 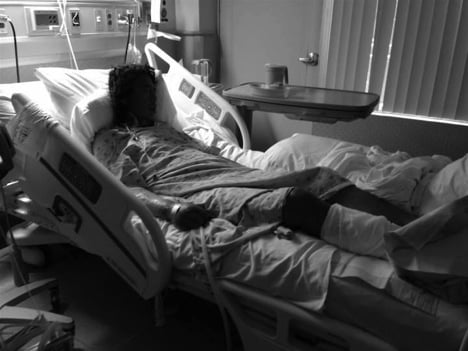 When Diana visited her father in the hospital, he was cleaner and better looking than she had seen him in years. Diana and her husband stood by his bedside, “Just as we were about to leave, my father’s eyes opened and he called out my name…We had a good conversation, and I walked away feeling lighter that day.”

Diana's father went through a rough recovery. But what seemed like a very terrible situation, actually brought about good. Diana's dad realized that he needed help and agreed to go through a treatment plan. Each day he got better and he began to turn his life around.

A few months later, Diana received a phone call from a number that she didn’t recognize. It was her father inviting her to go on a coffee date that morning. She agreed right away and dropped everything to go see him. They met on that old street, but this time it was different,”As I pulled up into the parking lot, I saw my father’s figure and my heart nearly stopped. He looked better than I had expected and so different from the last image I had of him in the hospital,” Diana said. “It felt so good to see him so healthy, and standing so tall again. We must have hugged for a couple of minutes.”

Diana's father showed her old photos of her that he kept throughout their 25 years apart. Over coffee they had a long heart-to-heart conversation. 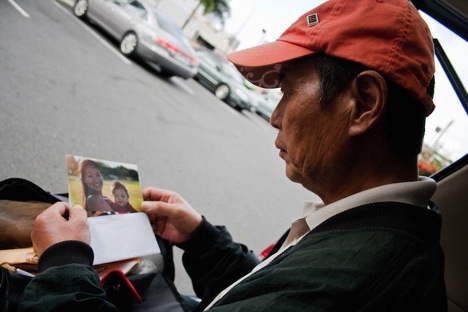 “I feel like I just met my father for the first time today,” Diana said. “Our meeting was truly a miracle."

Diana and her dad are growing their relationship one day at a time,”Initially, the fact that I couldn’t ‘fix’ my dad tore me apart,” Kim said. “And because our time together on the streets was more than I had ever spent with him as a child, I struggled to reconcile my feelings toward my father’s absence in my life, while continuing to care deeply for him and other homeless individuals. Over time, I learned to navigate through my feelings of desperation and became more vocal in my community about my father’s condition and what it’s like to watch a loved one battle mental illness.” 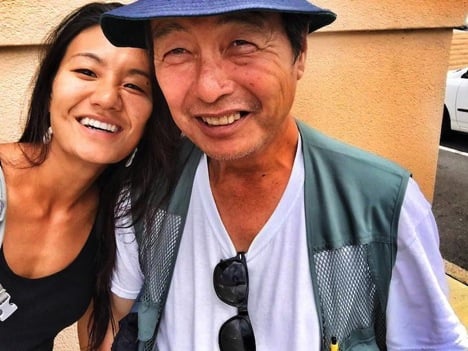 Diana is so happy that her dad is doing well, “He is really proud of the fact that he has overcome such incredible adversity… He has goals, he has hope, and he has the will to succeed," His life is steadily making progress, “He is even spending time with friends, looking for a job, and planning to visit his family in South Korea soon.” 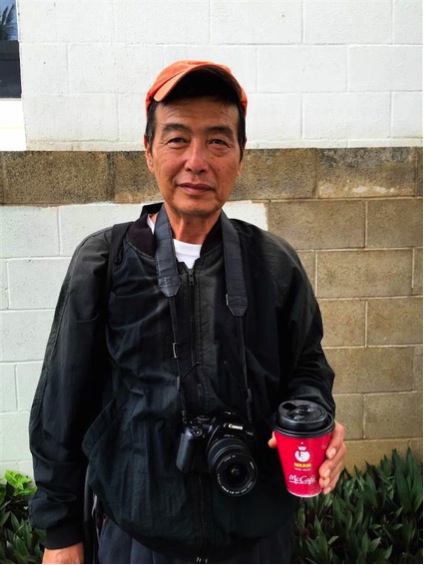 We can all learn a lesson from Diana’s forgiveness,

“So long as we are alive in this world, every day is an opportunity to take hold of that ‘second chance.’ There is no failure unless you give up, and he never gave up. And I haven’t given up on him." 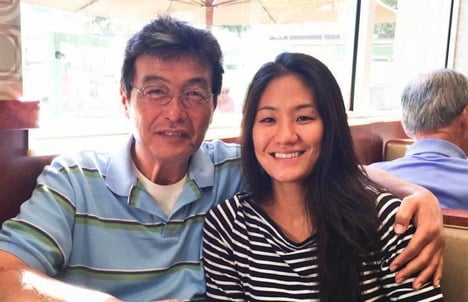 And we can all learn a lesson from Diana’s unconditional love too,

“Every day is a gift. Some days are more challenging than others, but seeing my father in the flesh is a constant reminder of the strength of the human spirit and how precious life is."