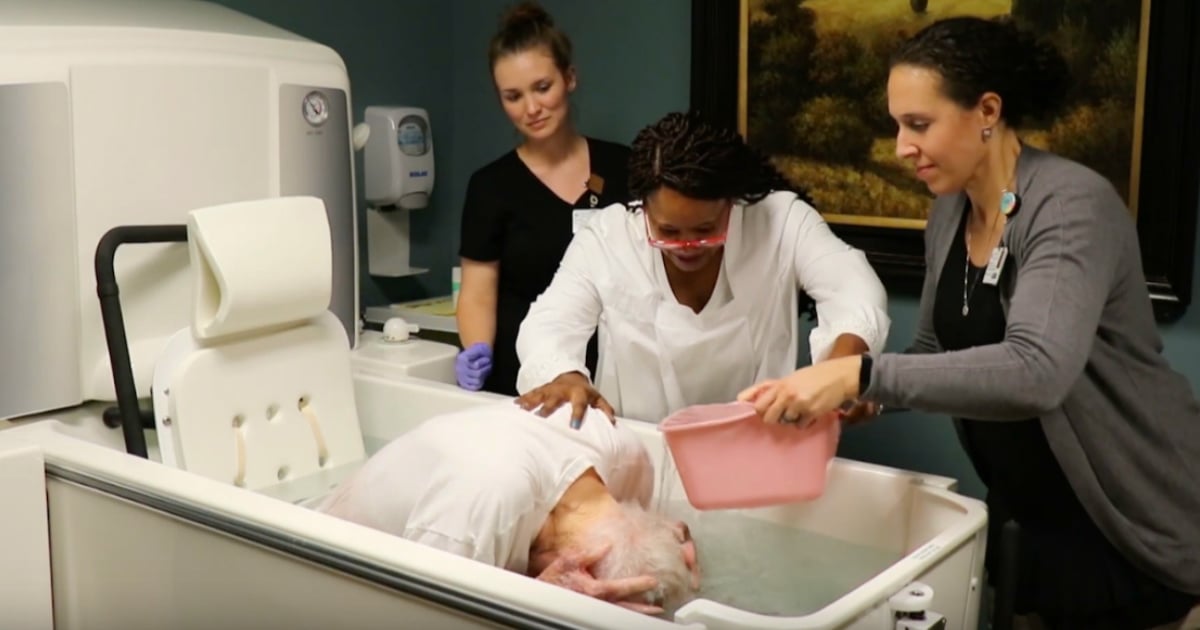 A 100-year-old grandma got a thoughtful surprise on her birthday when her garbage man showed up with a cake. And the story of their special friendship is what makes this short story so inspiring!

Though they may seem like an odd pair, Dorothy Ballard (called Mercy by her friends) and Ben Bird have developed a special friendship over the years.

Ben Bird is a garbage man in the Midlands, England. And his route brings him to Mercy’s house every Thursday to pick up her trash.

Every time Ben stops by to collect Mercy’s trash, he takes 10 minutes to chat with the sweet, elderly lady.

Over the years, the two developed a special bond. And Ben promised that if Mercy lived to be 100 years old, he’d bring her a cake.

And so, on the 100-year-old grandma’s birthday, that’s exactly what he did!

On the day Mercy turned 100, Ben showed up on her doorstep with a cake. She opened the door and the garbage man sang the “Happy Birthday” song, with some help from his waste-collecting colleagues.

The kind gesture took the 100-year-old grandma by surprise. And it completely made her day!

You can tell Mercy is overwhelmed with joy when she opens the door to find her special friend remembered her 100th birthday.

“I was so full of emotion,” Mercy recalls later in an interview.

Some people consider Ben and Mercy unlikely friends. But for these pals, the bond just comes naturally.

“I love listening to her stories about her life,” Ben explains. “Having been born in 1919 she can hardly believe what technology can do now and she can’t get her head round my phone.”

And as for Mercy, the 10 minutes Ben takes out of his day every Thursday just to talk means the world to her.

“There aren’t many young men that take interest in an old woman. And he’s been such a lovely lad – honest to God he has,” she says.

Special Friendship Touches Hearts All Over

Even though Ben repeatedly told Mercy he’d bring her a cake on her birthday, the 100-year-old grandma didn’t seem to believe it.

So, when the garbage man showed up to fulfill his promise, it just meant so much to Mercy!

This sweet lady’s joy not only made the video go viral, but touched the hearts of her family, too.

“My great gran always speaks so highly of her binman Ben,” Mercy’s granddaughter, Katy Smith, said. “So I messaged him to thank him that he made her day. We all feel very blessed to have her, she has a great sense of humour and is loved by so many. We treasure every moment.”

The precious video of Ben’s birthday surprise was seen all over the internet. And watching these two pals in the interview below tugs on every heartstring!

YOU MAY ALSO LIKE: 100-Year-Old Grandma Hates Math and Loves Gravy

Kudos to Ben Bird for his amazing act of kindness and for taking the time to respect his elders!