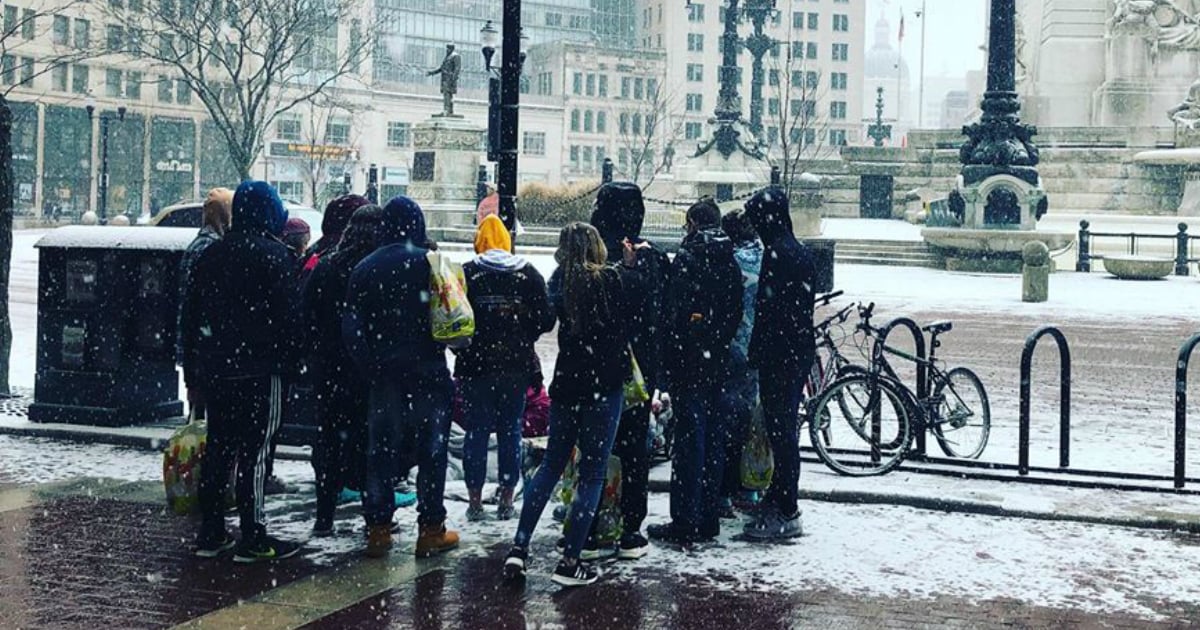 With so much bad news in our world today, it’s important to take the time to appreciate the good moments. That’s exactly what Levy County Sheriff’s Deputy Kanesha Carnegie was doing when the officer pulled out her phone and filmed 3 men helping an elderly couple at the gas station.

Kenesha Carnegie works for the Levy County Sheriff's Office in Bronson, Florida. In their line of work, police officers are usually seeing folks at their worst. But stopping off at the gas station, Kenesha got to see 3 young men at their best.

RELATED: Teen Jumps In To Help An Elderly Woman Struggling At The Dollar Store

89-year-old Rose Griest and her 100-year-old husband, David, were on their way to a medical appointment for Rose. But they made a pit stop at the gas station so Rose could use the restroom.

The trip to the bathroom exhausted Rose and David was having a tough time getting her back to the car. Meanwhile, Joc Koe Stoe, Marty, and Freddy G spotted the couple through the gas station window.

"She was so tired, she could barely walk," Joc Koe Stoe said.

WATCH: 3 Men Helping An Elderly Couple At The Gas Station

The 3 friends wasted no time. They came rushing out of the store and immediately went to the couple’s aid.

"We didn't even ask if they needed help - we felt comfortable giving them a hand right away," Marty said.

Kenesha noticed the couple, too. She also noticed the 3 men helping an elderly couple without any hesitation. And the vision of such compassion hit her hard.

Kenesha walked over to offer assistance. But she realized these 3 kind souls had it all under control.

“I thought at the time they looked really beautiful and that was a nice view to see,” Kenesha said.

So, the police officer decided to film the touching scene instead.

The friends tenderly help keep Rose from falling as her legs give out. And you can tell David really appreciates the help.

“Thank you so much fellas,” he tells the men after his wife is safely inside the van.

David goes on to tell the boys he is 100 years old as they help him with his walker. And it’s a sweet sight to see these folks, who are generations apart, coming together

"I kept thinking, ‘She could have been my grandmother',” Marty said. “100 years old is a beautiful life."

Kenesha shared the video online but never expected it to get as much attention as it has. The video has been viewed more than 5 million times!

In fact, the video wound up popping up on Tommy Griest’s news feed. Tommy is actually Rose and David’s grandson!

"I was scrolling through and saw my grandmother's purple outfit," Tommy said. "Praise these guys for helping them."

There are so many negative things going on in our world today. So, what a blessing to have a kind deed like this go viral. It’s the bright spot of good we all need!

“So shines a good deed in a weary world.” ~ William Shakespeare, The Merchant Of Venice