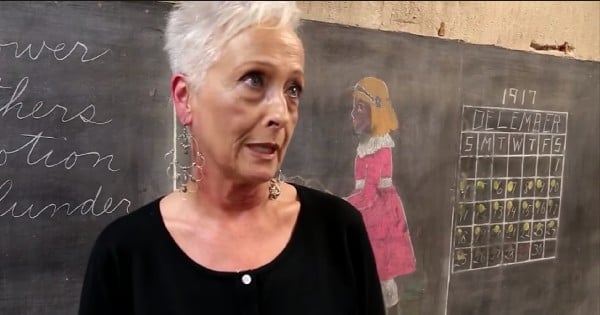 What He Uncovered Beneath This School’s Chalkboards Will Amaze You!
Read Article »

God Is Worth The Wait

JimDre Westbrook is a God-fearing man. At age 14, after getting "the talk" from his mother (you all know the one I'm talking about!), he made a promise to God that he would wait until marriage to have sex. And despite the fact that casual sex is both glamorized and promoted in today's culture, that's a promise he fully intends to keep!

"First and foremost it's a promise I made to God. Everything I do is for Him. It's what I believe in."

Now, more than 15 years later, JimDre is still honoring his vow. While he hadn't expected to have to wait for Mrs. Right for quite this long, he fully trusts in God's timing, saying:

"…I know that me being single at this age is part of God’s plan. I’m content with that."

And just as we read in Philippians 2:15, JimDre, who lives in Las Vegas, is trying to be a shining light right in the heart of the perverse and crooked. Dubbed the "31-Year-Old Virgin," he has been very vocal about his experience and faith so that other men and women can be inspired and encouraged to save themselves for marriage as well. And since he's made his commitment more public, he's been overwhelmed with positive feedback:

"The feedback has been awesome. Since I came out with the news last year…other…virgins have also responded…and said, ‘It’s awesome that you’re doing what you’re doing, and…you’re not alone.' I know that I’m not the last man on earth doing this. It feels good to know that other people believe in the same thing that I believe in…I have brothers and sisters in Christ who are also doing the same thing that I’m doing."

What a marvelous example this man is setting for those who are struggling with the temptations of this world! His journey is not just about virginity, but about finding your own self-worth through the plan that God has for your life. Will you heed God's call?