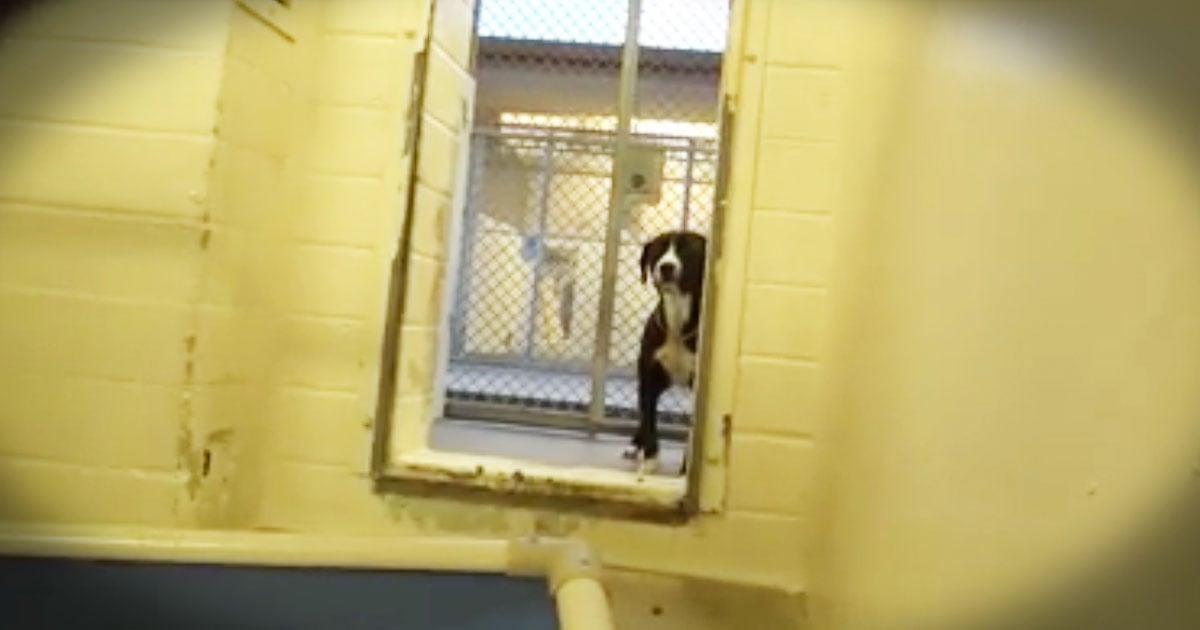 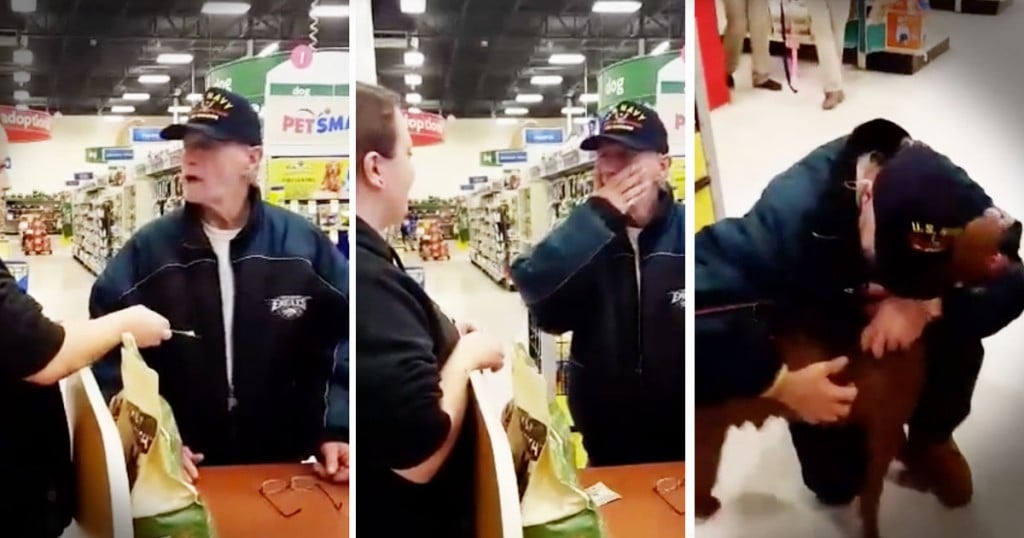 When this veteran had a heart attack that left him in the hospital for months his dogs had to be taken to a shelter. Sadly he was gone so long his dogs went up for adoption. By the grace of God he got out just soon enough to adopt his dogs but needed money to cover the adoption fees. That’s when the incredible people at the shelter and his local PetSmart banned together to raise the money. And seeing him reunited with his dogs is just about the sweetest thing you could ever see! God bless this vet and these kind people!

So Much Love In This GroupGod bless the employees of PetSmart, First State Animal Center and SPCA for being angels to this veteran. A veteran was forced to give up his dogs after having a heart attack and staying in the hospital. A shelter cared for the dogs but had to put them up for adoption after weeks passed. At the time, his family believed he would not make it and that is when the adoption came in. “The dogs couldn’t contain their excitement. They greeted him with massive kisses and wagging tails,” says Lindsay Carrothers, adoption counsellor. But the veteran still needed $250 to cover adoption fees to get his dogs back. “This man was willing to sell his car to get the money,” Carrothers says. A group of volunteers decided to pool their money to have his dogs returned. More staff members bought food and toys for the pups. “He was so thankful he shot a kiss to God for the blessing. It had everyone in tears,” she says. “You could just feel the love those dogs had for him. And there shouldn’t have been anything, especially money. that should’ve stood in his way to getting his family back.” says Carrothers. Video courtesy of Lindsay MarieHT The Huffington Post

Posted by Love What Matters on Saturday, December 19, 2015