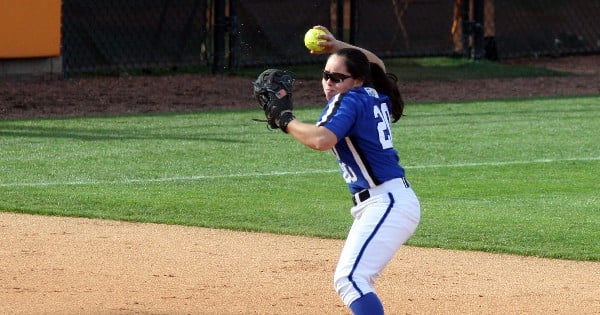 A Cyber Bully Called This Girl Something Truly Horrible. But HOW She Responded Will Have You Saying AMEN!
Read Article »

We have in total four children. Our two oldest (not children anymore) are girls – approaching 21 and 22 and looking forward to graduating from college in the near future. But, if you’ve raised girls then you know where I’m going with this. Teaching them what REAL LOVE looks like has been tough. Teaching them that TRUE LOVE really does wait, has been tough. Our culture (and the boys) tell them something very, very different. And, that’s exactly where Satan wants them.

Satan preys on these young hearts and causes a boat-load of confusion as it relates to dating, marriage, and sexual sin. AND if you are interested in doing it differently or even starting over – GREAT! God would love nothing more than to hear from you regarding these struggles.

Just beware…untangling all of the ‘sin’ takes some time and effort (and I recommend prayer and counseling followed by more prayer) to reprogram your heart and head.

Per Pastor Garrett Kell, he has counseled numerous couples and offers this sound advice:

"Many unmarried Christian couples struggle with sexual sin. This should be no surprise, since we have an enemy set against us and our impending marriage (1 Peter 5:8). He hates God, and he hates marriage because it depicts the gospel (Ephesians 5:32). One of Satan’s most effective strategies to corrupt the gospel-portraying union of marriage is to attack couples through sexual sin before they say ‘I do.' "

Pastor Kell teaches us there are 4 “pitfalls” to beware before you say, “I Do.”

1) Satan wants us to make a pattern of obeying our desires instead of God’s direction.

If our enemy can get us to pursue our own selfish pleasures before marriage, he knows he can set up a pattern in our lives. Marriage won't suddenly cure us from that pursuit. Instead, if we gave into our urges before the wedding, we'll likely do so after as well. "This, however, is deadly since service and sacrifice are essential to a healthy, Christ-honoring marriage."

2) Satan wants us to underestimate how weak we are to temptation.

Satan's goal is to get you to ask the age-old question, "Is that really too far?" As soon as our minds go down that road, our pride will convince us that we're a superman when it comes to temptation. In reality, we're all weaker than we think, and our posture should be to honor God, not push the limits.

3) Satan wants couples to weaken their trust in one another.

Sadly, some Christian men will push the women they're dating farther than they want to go. Satan uses this to weaken trust between the couple through shame and regret. But we can defeat his attempt: "Every time we say ‘no' to sexual sin and turn to prayer, telling one another we value them and their walk with the Lord too much to go one step further, he uses that faithfulness to strengthen trust."

4) Satan wants to deceive you with the forbidden fruit of lust.

Unmarried couples who build sexual intimacy on the lust and passion of this "forbidden fruit" will very likely be confused and let down that sex after marriage has its foundation in trust and devotion. "Satan wants couples to get used to running on the caffeine and sugar of lust rather than mature love of service and sacrifice."

In another related article, writer Brett Wilson shares how she, too, had been confused by Satan's lies. Until the man she dated refused to sleep with her:

"Yes, we’re the ‘good Christian boy and girl,' but haven’t all of the other Christian men I’ve dated wanted the same thing from me eventually?

"You didn’t want this from me. And by this small gesture, by this boundary, by this standard, by this reasoning, you do love me.”

"And even better, you respect me. Which, oddly, looks a whole lot like love. Real love.”