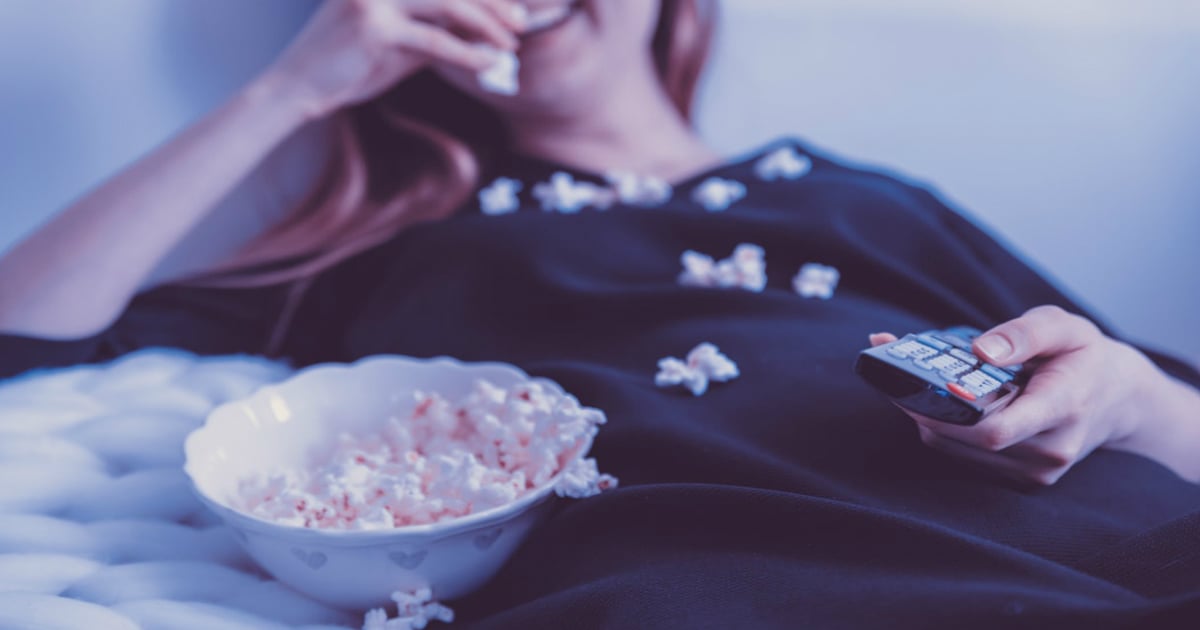 How can the book of Ruth teach us how to deal with family drama? Well, however you might feel about a woman's lot in life these days, there's no argument that things were way worse throughout the rest of history. Especially in Bible times. Especially in the Middle East in Bible times. Everyone wanted a son. A woman back then was little more than currency... and then there was Ruth. One of the most inspiring things you'll ever read about Ruth is this: She was referred to by the women in her city as being "better than seven sons"! (Ruth 4:15) Ruth was a woman of grit, determination, and strength and she was willing to work hard, and yet remained vulnerable and sensitive in spite of very tough circumstances.

Alas, even a woman like Ruth had her own share of family drama, plenty of it, actually. She was no different than anyone else in that way because where there is family, there is always drama! Maybe yours isn't the exact same as hers, but if you have family drama of any kind, you'll find the best thing you can do is what Ruth did: Stay classy! Here are 9 ways the book of Ruth teaches us how to deal with family drama.

YOU MAY LIKE: 5 Big Lessons Women Can Learn From The Book Of Ruth

Ruth had a difficult early life. Women in her day were often married off to the highest bidder without their consent. These men? Not always a prize to be won either! Mahlon's name meant, "sickly" and Kilion's name meant "wasting away or failure". Yet even though Ruth was hard working, excellent and beautiful and she was stuck in a marriage with a man who turned out to be a loser, Ruth was faithful in her marriage. She was also very loved by her mother-in-law. While Ruth may have felt frustration at her husband's failures, she didn't let them change her. Ruth stayed true to who she was and when all was said and done, she remained a woman whose joy, beauty and character shone above the rest.

Ruth Leaves the Past Behind Her

There is no mention in the Bible of Ruth's family from Moab, but it's a safe guess to say that her desire to leave the country with her mother-in-law was an indicator she had nothing to go home to. Maybe Ruth was nothing like her family. Maybe her family had died. Maybe Ruth wanted something for her life that her family didn't agree with or couldn't or wouldn't provide. Whatever the reason, Ruth left and didn't look back. That isn't God's plan for every person, however, sometimes the past needs to stay right where it is- behind you. Even on a purely emotional level, leaving the past behind you is the fastest way to move ahead. None of Ruth's difficult circumstances or experiences made her bitter, unforgiving or angry. She simply let it go and found that there was much more that life had to offer to a person with an open heart!

You might think it would have been a relief once Ruth's husband died and she was set free, but remember that she was a woman and now she was alone. No income or financial support. No welfare or Food Stamps. Vulnerable to men's advances while she was gathering grain (Ruth 2:15). Yet instead of blaming each other or fighting with Naomi over where'd they'd go, who spent too much money or who would make income, or who wasn't pulling their weight, Ruth and Naomi banded together. They wanted to be together. They found a home together and Ruth was not only willing to work, she asked to (Ruth 2:2). Ruth and Naomi were both willing to set aside differences and maybe even past hurts in order to unite- finding that they were stronger together and it changed the course of their future.

The fact that Naomi and Ruth were close friends them both rare gems indeed! Ruth loved her mother-in-law and her mother-in-law loved her back! Plenty of daughters-in-law have relationship drama with their husband's side of the family. It's an age-old story! Nosey, bossy, clingy, hard to please? Not Naomi! While the two women had plenty of differences, they instead focused on what they had in common. Naomi's son was a terrible husband to Ruth and yet Ruth didn't blame her for it. Ruth loved Naomi so much that she moved to another country with her. Naomi loved Ruth so much that she let her come. Either they had learned to respect each other's role within the family and had developed a friendship based on mutual respect and even boundaries. Miracles can happen!

If you have ever lived with your family members as an adult, you know how hard it can be! Everyone has their way of doing things, their preferences, habits, routines and even ways of cooking eggs! Blending a family under the same roof isn't easy. First, Ruth was married and moved into a new home. Then, she was widowed and lived with her mother-in-law and sister-in-law. Then she immigrated to a new country with Naomi. Then, she was married and started all over again! If Ruth wasn't someone who could roll with the punches, everything would have been a nightmare all around. And yet her living situations, while maybe not always her top choice, were peaceful and even friendly. That takes a lot of grace, understanding, and flexibility — and she had it all!

Bringing a new relationship into the family isn't always an easy transition, but it becomes even more complex when you want to bring a new husband home to an ex-mother-in-law! When Ruth and Boaz got together, however, it was Naomi who helped orchestrate them getting together. (Ruth 3:1-4) Why? Because she wanted Ruth out of her hair once and for all? No. Naomi loved Ruth and wanted to see her happy. She wanted the best for Ruth. And what did Ruth do? Did she run off happy to get free? No. Ruth wanted her mother-in-law involved in her new family, and in the life of her child as well. (Ruth 4:15-17) Ruth's joy was shared by Naomi. Setting aside the past, finding a place of unity and respect helped Ruth and Naomi navigate potentially choppy waters with grace and friendship and it was the foundation for their future.

Re-Marriage – The Book of Ruth

Whether Ruth's first husband was Mahlon or Kilion doesn't matter- they were both duds! Ruth, after her first marriage experience, would have been very within her rights to be leery of getting married ever again. Once you've been in a difficult, abusive or loveless marriage, the thought of putting yourself out there again or starting over sounds worse than living alone. But Ruth was unfazed by life's hardships. She was human, yes, and she experiences her moments of pain, fear, frustration and everything else, but they didn't change her. Ruth didn't have baggage. She didn't drag her past experiences into her future ones. When Ruth met Boaz, the love of her life, the man God had ordained to be with her, she was prepared- heart, mind, and soul. She was free. She was open. She was ready. Her reputation had gone before her. There's no way a man like Boaz would have looked twice at a bitter, angry, resentful, hardened woman. When Boaz saw Ruth, he didn't have to work to earn her love because she was wounded. God brought a ready man to a ready woman and they were free to run to each other.

Having kids in a community – The Book of Ruth

Obed, the firstborn son of Ruth and Boaz, was born into a family with many arms! While many new mothers are not comfortable letting non-family members, or strangers or even some friends into post-partum private times, Ruth had Naomi front and center. (Ruth 4:16) Instead of "I need my space!" Ruth's mindset was more like, "Hey! Free babysitting!" While Obed wasn't even Naomi's biological grandchild, that didn't matter. In her mind, family is what you make it to be and she adopted Obed into her heart. Sometimes it's hard to accept "family" that come from outside the blood ties, but finding room to embrace everyone that God has put into your life as family will transform more than just your own life!

Family ties – The Book of Ruth

Did you ever realize who Ruth's great-grandson was? King David. Whereas Ruth was once the new mother with a young baby and she had her former husband's mother in the family, and, perhaps Boaz's mother as well, life came full circle! Eventually, Ruth was the one who had to set aside her own plans, intentions, expectations, and desires for her children and their wives and be the loving, embracing, guiding, respectful woman of strength she had seen in Naomi. While Ruth didn't have any blood relatives of her own, she had seen in her own life how she had been received and included and she not only was grafted into the lineage of Jesus Christ, but she also paid it forward, passing on a heritage of strength, godliness, and love that affected the next generations.

YOU MAY LIKE: The Book Of Ruth: Much, Much More Than A Love Story

No family is perfect because there are no perfect people! But these 9 ways the book of Ruth shows us how to deal with family drama are an inspiration to do better, to be better, to build something with a perspective that goes beyond the immediate situation. Ruth's life is a testimony not only to God's faithfulness but to the true beauty of a woman- her strength. Ruth navigated some of life's toughest and most complex family circumstances, yet she never lost who she was on the inside. Ruth changed her life, life didn't change her.