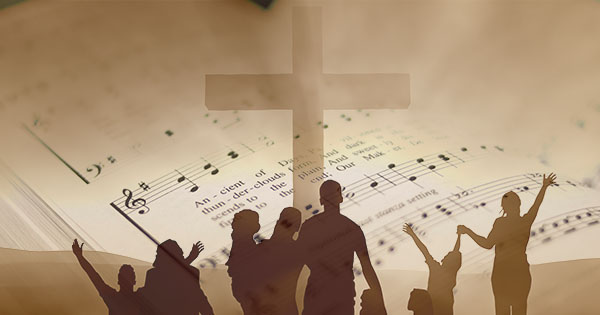 Gluttony saturates our society in more ways than one might think. But as the case with most sins, it disguises itself well. Gluttony, for instance, has not only proved tolerable in American society, but in most cases, acceptable and encouraged.

We'll explore some ways we see this disguised deadly sin in our society and how to combat it.

What is the sin of gluttony?

Often Christians mistake gluttony for obesity, or eating more food than necessary to fulfill the need of hunger. Gluttony does not just come from food.

Essentially, gluttony means an excess of anything.

Paul paints a clear picture of gluttony in 1 Corinthians 10:7. Gluttony, an idol, attempts to replace God's place in the lives of believers. Those who engage with this sin indulge in surfeit revelry. Philippians 3:19 goes as far to call gluttony a "god" of the "stomach." Or, in other words, our appetites rule our lives.

When one cannot curb a physical, mental, or spiritual appetite, too much of a good thing becomes a bad thing, not only in a physical sense but a spiritual sense. It is an exercise in ingratitude and distrust in God's ability to provide for our needs. 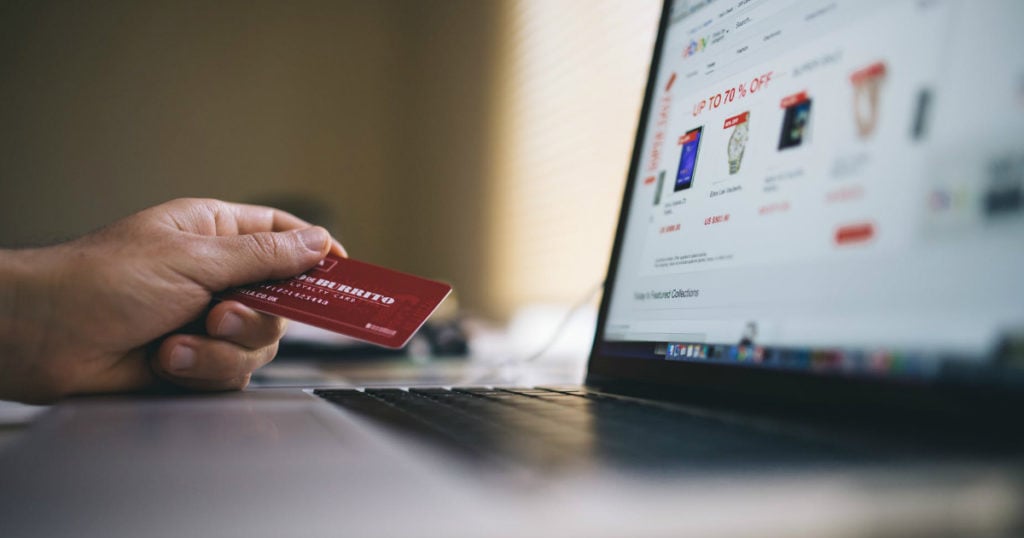 Scripture commands believers to practice gratitude. Colossians 2:7 tells us to overflow with thankfulness. Gluttony prevents us from doing so.

Is Gluttony America’s most accepted sin?

Although people can make arguments that Americans accept various sins over others, such as gossip, pride, greed, etc., the bigger-means-better culture has placed gluttony on a high pedestal of acceptance, to the point where it heavily promotes gluttony in advertisements.

American culture endorses eating, drinking, and being a merry as possible.

Some ways Gluttony has become acceptable

Here are some examples of how overindulgence is becoming a part of our culture.

Houses have expanded in gigantic proportions in the past few decades. Most shows on HGTV feature couples with small family sizes and enormous budgets to spend on houses with thousands of square footages of space that the family may not need to use.

Jesus himself did not have a place to rest his head (Matthew 8:20). Our Lord and Savior spent a portion of His life and ministry homeless. Yet, most American homes could fit all twelve disciples and have room to spare.

Although not every American has a house featured on Hoarders, society encourages us to hoard various objects. From closets overflowing with clothes we don't wear to bulk packages of food we buy from Sam's Club or Cost-co, we've bought off more than we can chew.

Jesus called himself the bread of life (John 6:48), but at a local restaurant, we might receive enough bread for five lives. 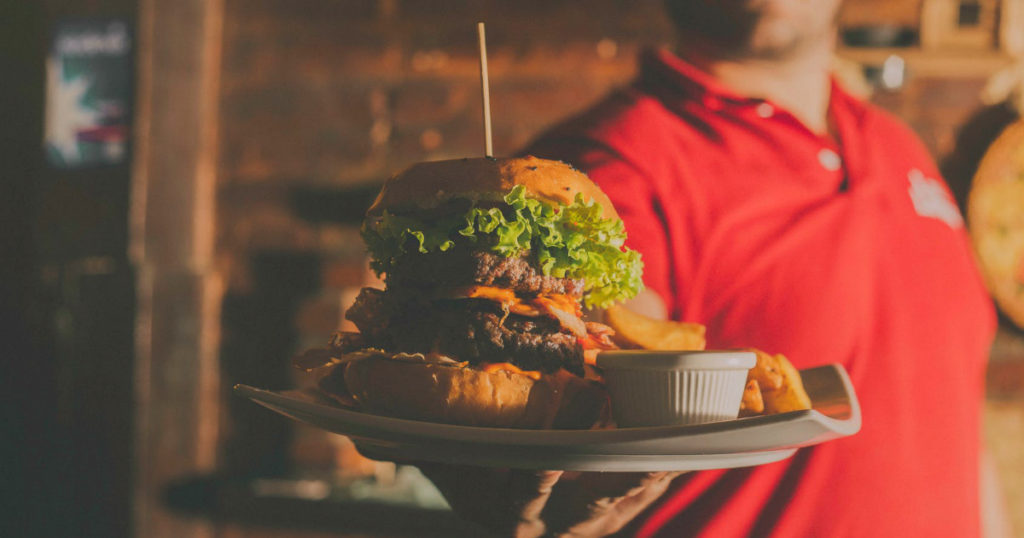 American restaurants have become known for their enormous portion sizes. They offer everything from several-pound hamburgers to pizzas that can cover a restaurant table. Even families who don't eat out often-an increasing rarity now, will often participate in gluttony once a year.

Thanksgiving, for instance, offers a huge opportunity to engage with this sin. We joke about breaking out the stretchy Thanksgiving pants and yearn for a post-turkey nap to sleep off the food comas. Even if we survive Thanksgiving with reasonable portion sizes, we forget our exercise in "thankfulness" the next day when Black Friday sales hit the stores. Some sales start even on Thanksgiving itself.

We used to have to wait for episodes of our favorite shows to air once a week. Now with DVR, Netflix, Hulu, etc., we can watch twenty episodes at a time. 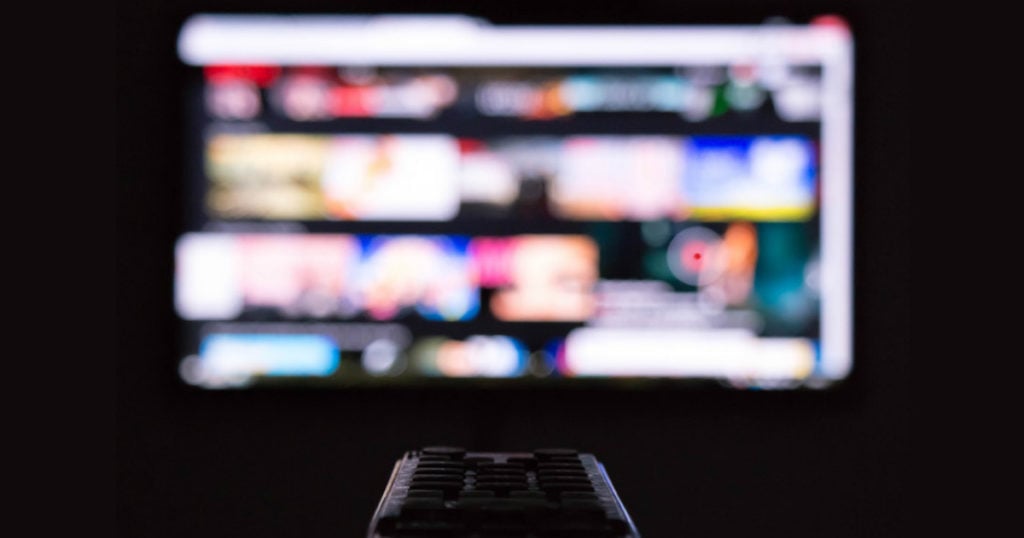 Instead of working on a project, cleaning the house, or spending time with our kids, we nuzzle our bodies in a comfy couch and binge watch ten episodes of General Hospital.

Gluttony has turned sex, a gift from God intended for marriage, into a desire all Americans crave to fill the insatiable space in which God should occupy. Society promotes ending virginity as soon as possible, and the more partners one sleeps with, the more one receives respect from peers, or the more successful one appears. For instance, take a look at any James Bond movie. The hero gets the girl, gets sex with no attachments or commitment, and repeats the cycle in the next film.

How do we combat gluttony?

Although Americans have grown numb to the effects of gluttony, hope still exists for the Christian who wants to run far away from this deadly sin. We can combat gluttony in five ways.

King David tells us to give thanks to the Lord, because He "satisfies the thirsty, and fills the hungry with good things." (Psalm 107:8-9). In other words, God fulfills our needs.

Gluttony tells us that we need more and more to satisfy our hunger.

God is the bread of life, who fills our stomachs with good things.

Christians should, when combatting gluttony, recognize every good thing God has already given them. They could keep a list and add each day more blessings they are thankful for. Or they can, when feeling the urge to binge-watch, binge-eat, or binge anything, pause in prayer to thank God for what He has bestowed already in his or her life.

Recognizing the Needs of Others

One easy way to curb gluttony is realize how much one has compared to those in great need of such commodities. A Christian would (or at least, should) have a hard time eating a burger the size of a plate when they recently passed a homeless, hungry man on the way to the restaurant.

RELATED: Angel Helps A Homeless Man After A Buffet Refuses Him Water

Whenever Jesus saw someone with a great need, he had compassion on them (Mark 6:34). We ought to have the same convictions.

Once believers recognize the poverty of others, they can curb their gluttony by finding ways to meet those needs. Perhaps, instead of spending a couple hours binge-watching a show, they can devote that time volunteering at a Food Bank.

Once we reconcile the fact we have an abundance of resources, whereas several in our community do not, we should find ways to purge the gluttony from our lives.

The early church shared possessions with one another, so no one would have a need (Acts 4:32). Although this does not mean you have to give away everything you own, if you have an excess good that can fill a need for someone else, go forth and give it away.

YOU MAY ALSO LIKE: 2 Apple Investors Sound the Alarm When It Comes to Kids, iPhones, and Addiction

Whenever a believer feels tempted to over-indulge, they should pray for God to help them exercise self-control. Perhaps they should reach out to another Christian to be an accountability partner to keep them in check.

Turn to God and His Word

Christians may struggle with gluttony because they have used an idol of excess to fulfill a void in their lives in which only God can satisfy. Whenever they encounter gluttony, they should turn to God's word and seek God earnestly in prayer to help them turn away from the sin.