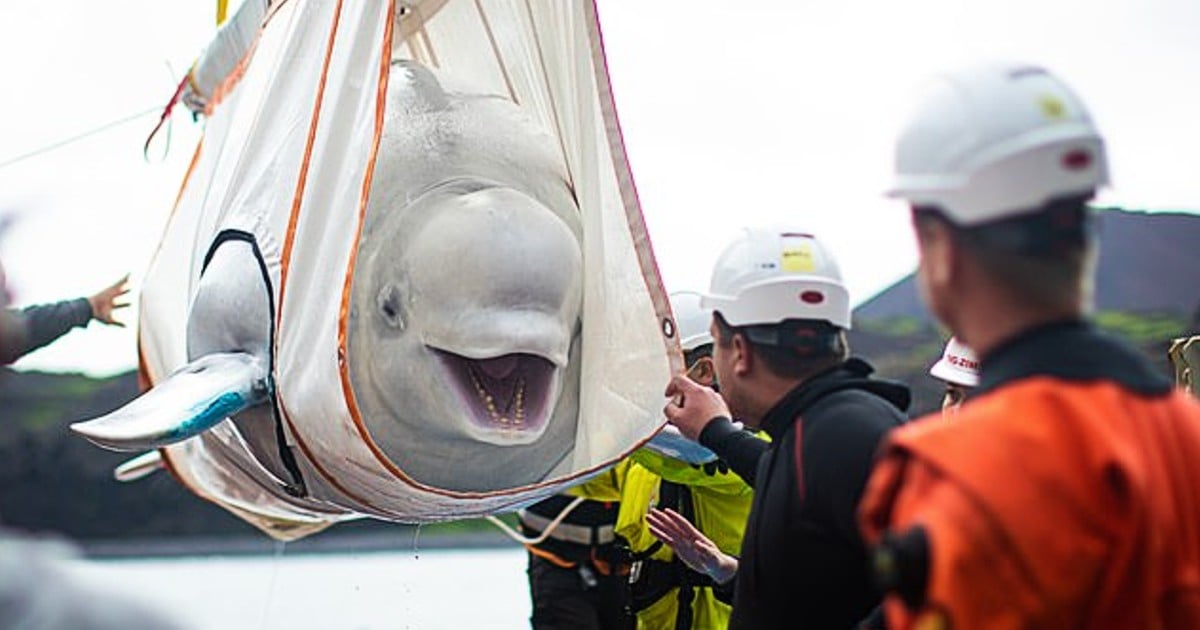 In this heroic story, Amazon driver John Cassabria saved a 14-year-old dog named Luka when he saw he was trapped in a backyard swimming pool.

John was driving around making his deliveries when he heard a strange noise coming from a nearby residence. “I’ve never heard anything like that in my life,” he said. “I actually heard it over the reversing beep of my van.”

RELATED: 2 Beluga Whales Get Rescued And You Can See just How Much It Means To Them

That's when John decided to follow the noise and it led him to the fence of a nearby home. What he saw behind the fence turned his curiosity into fear.

“I saw a dog — the dog being Luka — barely standing in the pool,'” John said. Luka's nose was just barely above the surface of the water of an in-ground swimming pool, and he was growing tired from treading the water. “My heart sank as if I was watching an ASPCA commercial from 2005 when they played Sarah McLachlan’s ‘Angel.”

Seeing the dog in that situation made John immediately jump into action. “I dove into the pool with my shoes, wallet, car keys– the whole nine,” John explained. “And I swam with him (Luka) in my arms the best I could hold him from the midway point of the pool to the shallow end and hoisted him and myself out of the pool.”

Because of John's quick-thinking, Luka is now safe and sound. John is a huge animal lover himself and owns four dogs, four cats, and even a pet snake. He is so happy that he was there to help Luka in his time of need.

"Animals are my life and I can't imagine what I'd do if my dog was in Luka's situation," John shared.

Luka's owner, Julie and Gary Caldwell, were out of town when Luka's accident happened. They had arranged for a neighbor to look after their dog while they were away, but in the time between when they left and when their neighbor came over, Luka had jumped in the pool. They are so grateful that John was there when he was to save Luka!

YOU MAY ALSO LIKE: Heroic Off-Duty Firefighter Uses Final Moments To Save 3 Girls As His 10-Year-Old Daughter Watches

"I can't thank him enough," Julie wrote in a letter to Amazon's CEO about John. "Words cannot express how grateful we are to him. In fact, I have tears in my eyes as I write this email. Luka is doing fine thanks to your wonderful and courageous employee."

What a wonderful story of a delivery driver saving the day! God bless John and his big animal-loving heart!