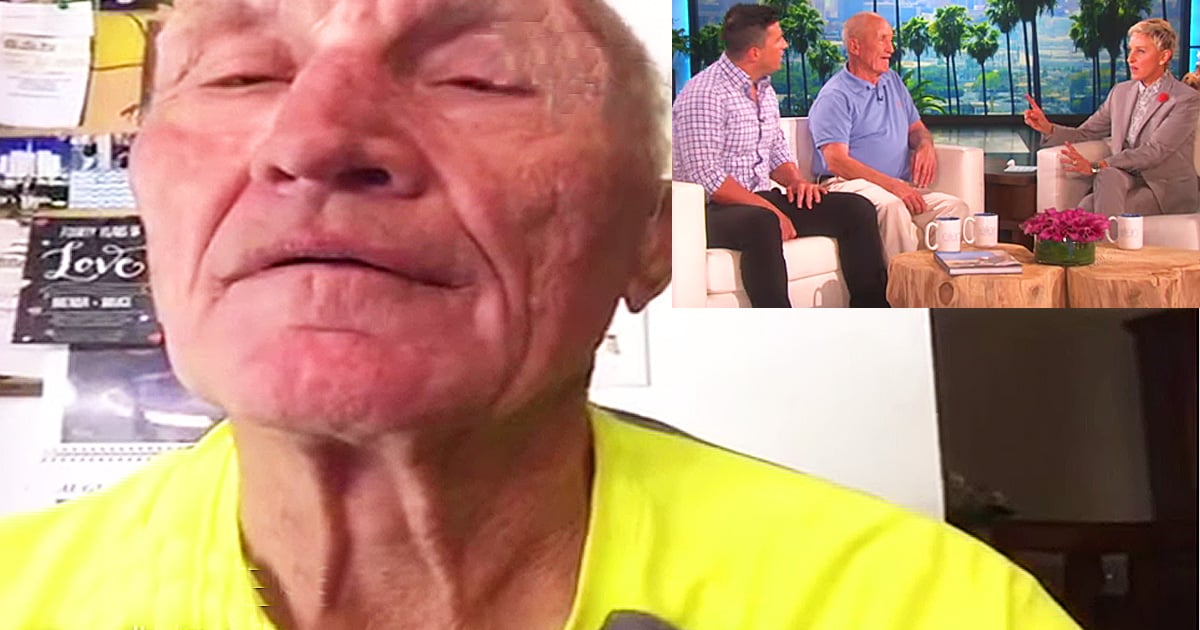 Miracle Baby Survives Being Born With No Kidneys

Abigail Beutler is truly a miracle baby. A rare condition called Potter syndrome meant she would be born with no kidneys. With every odd stacked against her, this girl’s fatality was practically a sure thing. But her parent’s refused to give up hope. And God showed that His will is always more powerful than any earthly odds! 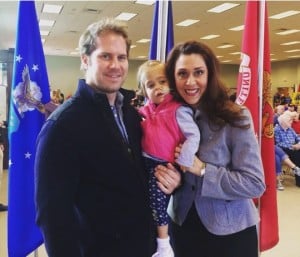 Congresswoman Jaime Herrera Beutler and her husband, Dan, walked into their 20-week ultrasound brimming with excitement. But when the face of the ultrasound tech went completely ashen, everything changed.

The doctors told Jaime and Dan that their little girl had no kidneys, a situation that, as they put it, was “incompatible with life.”

“She will either be stillborn, you’ll miscarry or she will suffocate in your arms after she is born,” Jaime says she was told.

Jaime and Dan were faced with a choice — end the pregnancy now or wait for nature to take its course? Yet, as the doctors were explaining that there was a 0% chance of survival, Jaime could feel her baby girl kicking inside of her all the while.

The shock of the devastating news left the couple in no condition to make any decisions that day. They went home to process all of the information that had been discussed, where Jaime collapsed in a wave of emotion.

“We got home and we just lost it,” Jaime says. “I remember sitting on the floor sobbing and Dan comes over and puts his arm around me ... So in my mind I'm starting to feel like, ‘They tell us with 100 percent certainty she will not live. Yet she's alive right now.’ How do you square that in your mind? You don’t. You totally lose it.”

The couple sought opinions from more doctors, only to receive the same grim prognosis. So, Jaime and Dan decided to step out on faith, deciding they weren’t going to give up on their baby. . . or God. Instead, they chose to pray earnestly for a miracle.

As a U.S. Representative, they’d only just announced Jaime’s pregnancy to the public. Had that not been the case, the couple would have chosen to keep the dire situation a private matter. But now, the devastated parents had no choice but to announce the terrible news as well.

Though it seemed like terrible timing then, God had a very special purpose for making Jaime and Dan’s grief so public.

Word of the couple’s struggle was picked up by the press. And while Rob Volmer — President of a public relations company in Washington, D.C. — rarely picks up USA Today, he just so happened to be thumbing through a copy at a hotel while he was waiting for a client to show up.

That’s when he stumbled upon Jaime’s story. Although, that was no coincidence, but all part of God’s beautiful plan as well!

RELATED: After being put in a freezer bag, this little miracle is turning one!

You see, Rob had been through a very similar situation, though for a different disease.

“I thought, ‘I know the doctors are wrong but she’s not going to believe me. I have to find someone to get an introduction to me,’ ” Rob recalled.

His son’s life had been saved by amnio infusions of saline into his wife’s uterus. The kidneys are responsible for producing the amniotic fluid needed for overall development of the fetus, especially the lungs. Because little Abigail had no kidneys, the rest of her body was not developing. But because of the experience with his son, Rob knew the saline injections were capable of providing the fluid that was missing.

Rob didn’t give up until he was able to pass the information along to Jaime. He put her in touch with the doctor that had helped him — Dr. Jessica Bienstock, a perinatologist at Johns Hopkins Hospital in Baltimore.

Despite the success with Rob’s son, Dr. Bienstock was very skeptical that the saline injections would do any good. That’s because the ultrasound revealed that little Abigail already had significant deformities as a result of having no kidneys — her head was misshapen, her feet looked clubbed and her chest looked small.

But Jaime and Dan remained faithful. 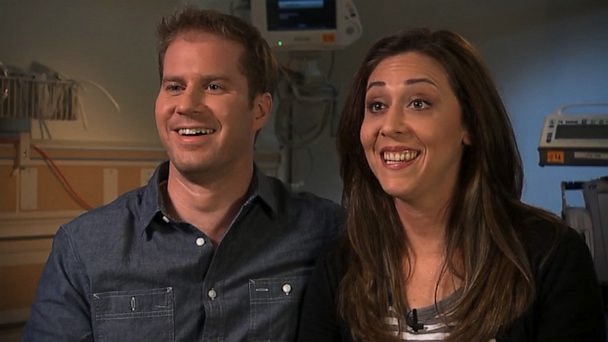 And God was not finished with this little girl! Just one week later, the doctor said “all of a sudden everything looked good.” Abigail’s head was shaped normally, her chest had grown some, and she was moving all around.

As Jaime continued to go in for weekly treatments, they were blessed to see God doing His amazing work.

“We kept putting fluid in and her chest circumference grew,” Dr. Bienstock says. “We saw Abigail practicing breathing inside.”

So, they kept going. There was no way to track lung development, so Jaime and Dan just continued to put their trust in the Lord and pray for a miracle.

RELATED: God sends a miracle just as these parents are kissing their baby girl goodbye

The true test came with contractions hit Jaime while she was on the House floor, sending her into pre-term labor at 28-weeks. Little Abigail was born on July 15, 2013, weighing only 2 pounds, 12 ounces. 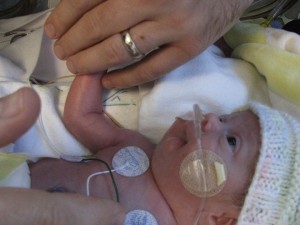 Prepared for the worst, it was a tense moment when Abigail first made her appearance. But just moments later, the tiny warrior let out a cry. . . a cry which meant her lungs were doing their job!

“That’s our miracle,” Jaime thought when she heard that sweet cry.

With her lungs so well developed, doctors then turned their attention to the next hurdle — her lack of kidney function. She had surgery the following day and immediately began dialysis treatments.

The results were an active and stable baby breathing on her own. Abigail was the first baby with Potter syndrome ever known to have survived! 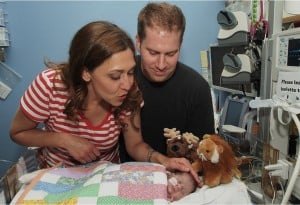 The dialysis continued successfully for nearly three years, as Abigail’s parents waited for the girl to grow big enough for the next step in her treatment. After having been saved by her Heavenly Father, Abigail’s father here on earth was the next to play a vital role in her healing.

Her hero dad had already put his career as a lawyer on hold so that he could stay home as Abigail’s full-time caregiver.

“I wanted to do everything I could to make her life better,” Dan said. 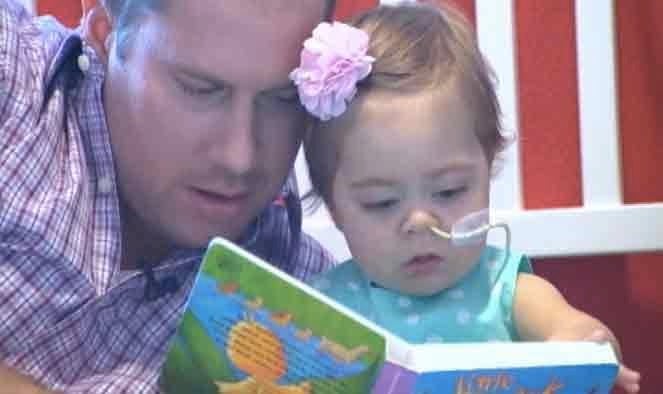 And if that meant donating a kidney, Dan was all for it. And that’s precisely what he did!

Despite being 6-months pregnant, Jaime was right by Abigail’s side the entire time during the weeks she spent in the hospital following the transplant. It was a stark reminder of all the family had been through to get to this point.

“I just stopped and looked at her and said, ‘Oh my goodness. She wasn’t even supposed to be here ...and now she’s got this amazing whole life in front of her.’ We’re incredibly blessed and it’s worth it,” Jaime said.

The transplant was a success, which meant the end of Abigail’s dialysis. And today, she’s a happy, healthy toddler. 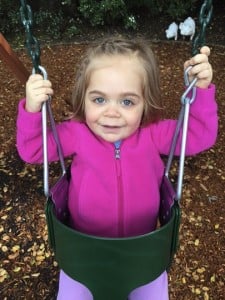 The same child with no kidneys, that was ruled “incompatible with life” is now a vibrant, living, breathing testament to the power of God’s will!

See what God did for this unwanted baby after doctors said she would die! 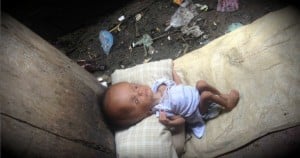