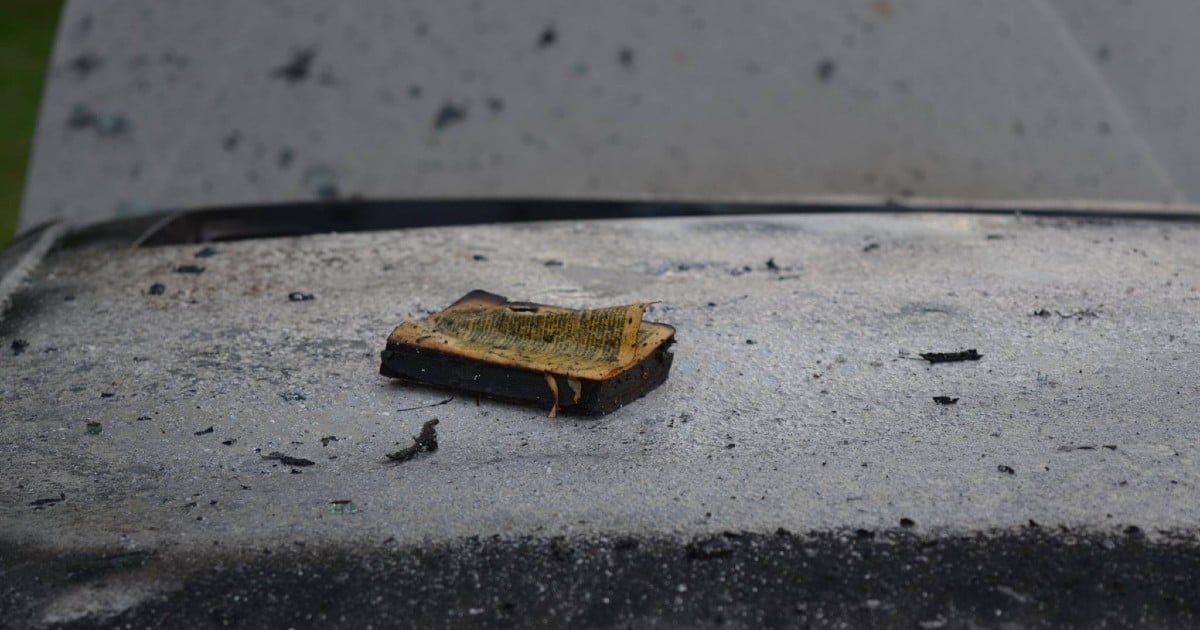 Things were not looking good when a baby girl was born with just two tablespoons of blood throughout her entire body. The rest was just water. The girl’s parents were told it was unlikely that their baby would survive. But God is good and this little baby, born with more water than blood, is a living miracle! 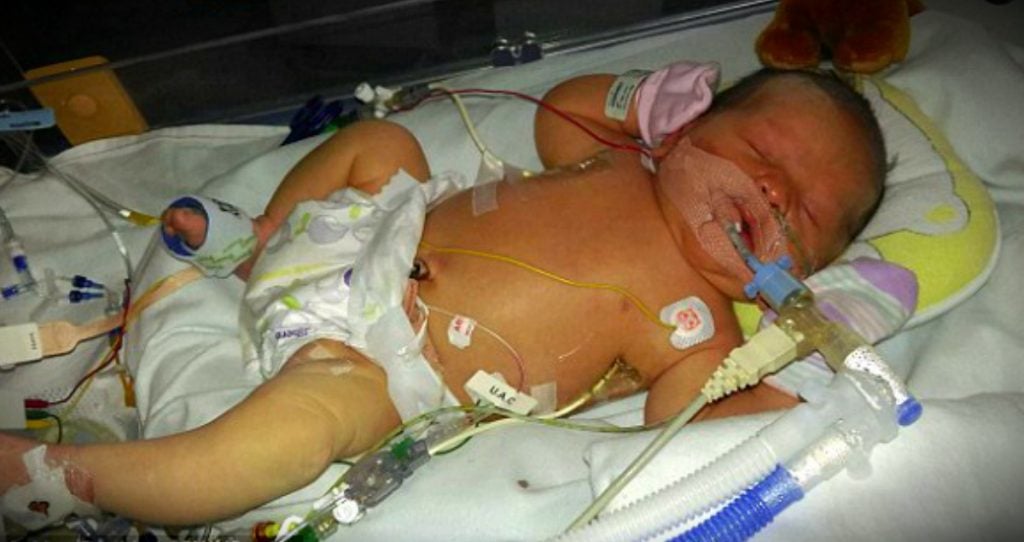 You’d never guess it by looking at 1-year-old Frankie Morrison today, but this precious girl wasn’t expected to make it out of the hospital after her birth.

“They didn’t have much hope for her at all,” said her mom, Maria. “They didn’t think she would see the day out.”

It was Maria who just knew something was wrong not long before Frankie was born.

The First Signs Of Trouble

When Maria couldn’t feel her baby moving, she went straight to the hospital. Doctors brushed it off, saying her baby girl was just feeling a bit lazy. They sent Maria home. But Maria’s motherly instincts told her there was something more serious going on.

“I just knew something wasn’t right so I went back in two days later and I am glad I did because I think that’s one of the reasons why she is still with us.”

Maria returned to the hospital two days later because her baby girl still wasn’t moving. As it turns out, it’s because she had so little blood. Thankfully, doctors were able to find a heartbeat, but it was clear something was wrong. So, they rushed Maria into an emergency c-section.

Ten minutes later, Frankie was born. But there was no celebration — just panic.

RELATED: Their baby girl was supposed to die at birth, so they prayed for a miracle

Born With More Water Than Blood

Frankie came out of the womb completely unresponsive. She had to immediately be resuscitated by the doctors.

“When I came around from the operation, I could see people standing around me crying,” Maria recalled. “I thought I had lost her. They said she had been having breathing difficulties and told us in a roundabout way that I had to go to see her because it’s not looking good. They said they didn’t hold out much hope for her.”

Maria will never forget what she saw next.

Because her little body was more water than blood, the eight pound baby was extremely bloated. She was soaking wet, and doctors were furiously trying to drain the water from her chest and lungs.

But in that terrifying moment, God sent Maria peace.

“But I just took one look at her and knew she was a fighter and would pull through.”

RELATED: Divine intervention saves a baby with a 90% chance of death

It’s not uncommon for babies to have a bit more water than blood when they are born. Babies can pass blood back through the umbilical cord. But Frankie’s case was the complete extreme.

With only two tablespoons worth of blood in her body, Frankie’s ratio was seven times less than the average newborn. And medically speaking, it should have been devastating, if not fatal.

Doctors said it was highly unlikely she’d survive a full day. Her only chance of survival was to go to another hospital where she could be placed on a specialist life-support machine. They gave the baby girl two blood transfusions in order to get her stabilized for the trip. But because her body’s blood content had been so low for so long, that meant her brain would have been deprived of oxygen. So doctors warned that even if she managed to pull through, there’d be severe brain damage. She’d never walk or talk.

But God had other plans for this little miracle!

During the helicopter ride to the other hospital, Frankie suddenly started improving! In fact, she started doing so well, she no longer needed the life-support machine. The little angel was sent back to the original hospital, where she continued to amaze the doctors.

After just three weeks, the baby girl that wasn’t supposed to survive more than one day was sent home to be with her family!

One year later, the little girl who would most certainly never walk or talk is perfectly healthy (and stinky cute)!

The only repercussions from being born with more water than blood is that she has a slightly weaker immune system. And the doctors still can’t explain it!

“She went back at six months for a check up with her consultant and he was nearly in tears because he couldn’t believe how well she was doing,” Maria said.

Thank goodness our God is in the miracle business! He clearly has a special purpose for this little girl.

A baby born twice (literally) has a story you just have to hear!