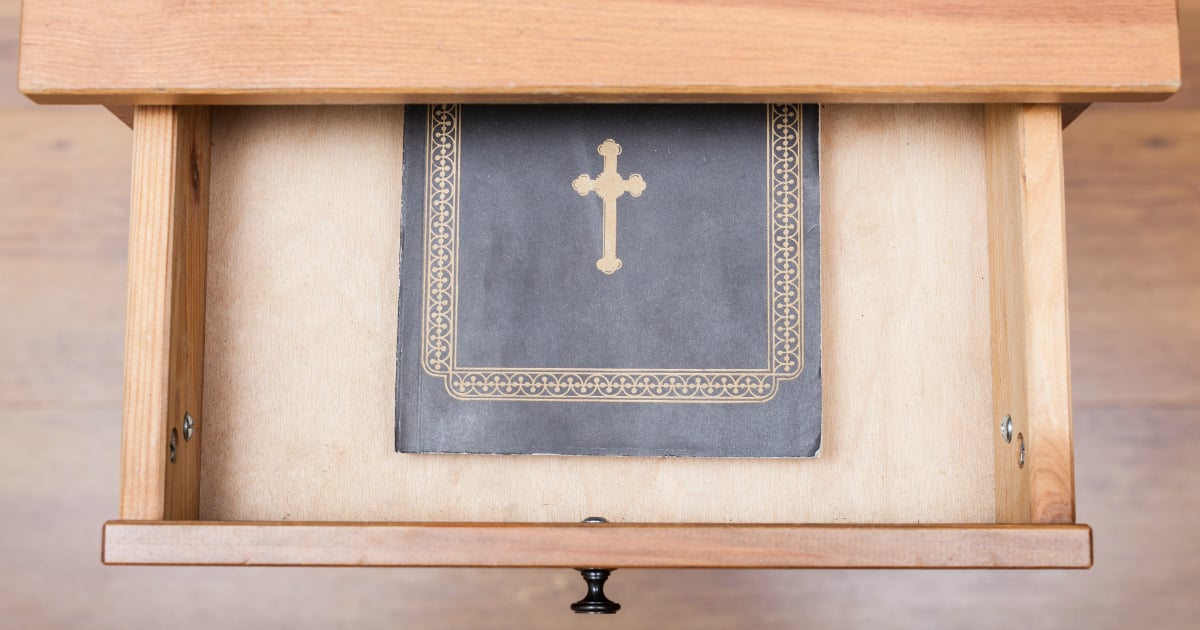 An atheist organization thought they’d won after going after a high school in Georgia, to "put an end to a Georgia high school coach's practice of praying with his players." But when word got out that the group had banned Coach from praying with the team, it wasn’t just players who were outraged. Hundreds of students banded together to stand up for Jesus!

Coach John Small and the football team at East Coweta High School in Sharpsburg, Georgia had a habit of praying before each game. Then the Freedom From Religion Foundation (FFRF) got involved.

The atheist organization sent a letter to the Coweta County School System, saying the coach’s participation in the student-led prayer violated the U.S. Constitution. They argued public school officials are not allowed to "further personal religious beliefs by leading their teams in prayer.” Included in the letter was a screenshot of a video showing Coach John Small with a hand on a player’s shoulder, bowing his head as the team prayed before the game.

Under pressure from the notoriously litigious FFRF, the school district complied. They banned all school officials from participating in student-initiated or student-led prayer or other forms of worship. No joining hands, bowing heads, taking a knee or any act an observer might perceive as a “government endorsement of religion.”

It looked as though the FFRF had won. But God was still at work!

Word of the district’s response to the atheists’ threats spread quickly. And as players learned the group had banned Coach from praying with them, they became outraged.

The frustration didn’t stop with the team. Students and parents alike didn’t want anyone messing with their pregame prayer. And so, they decided to double down on prayer! 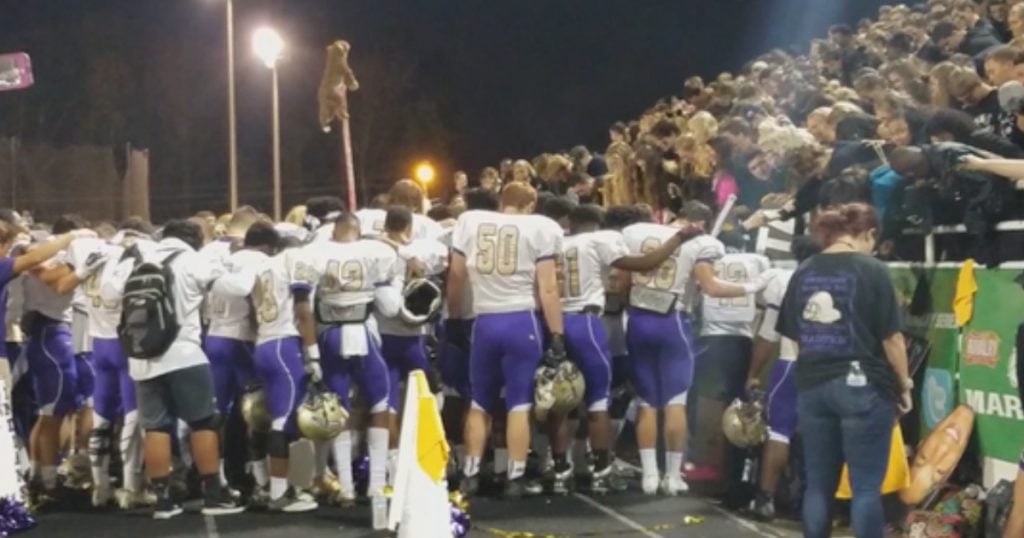 Since the FFRF cannot do anything about the students themselves leading a time of prayer, the students came out in full force to support their religious freedom rights. At the final game, hundreds of students and fans banded together for an even larger prayer than usual.

"Instead of it being 100 players praying, it turned into 400 students praying," Coach John Small said. "That's their right, and we are going to support them in that."

The FFRF’s plan to put an end to prayer completely backfired!

Despite the uproar stirred up by this controversy, you can see God’s Hand still at work.

"You tell teenagers they can't do something, surely they are going to do it. It has really turned into a positive because at the end of the day, we are trying to teach students about leadership, and they should be the ones taking the charge on it anyway," he said.

WATCH: Banned Coach From Praying With Team Speaks Out

And the community jumped in, too. The Fellowship of Christian Athletes hosted a community prayer rally inside of East Coweta’s Garland Shoemake Stadium to support Coach Small. Hundreds turned up to pray!

And while Coach Small appreciates all the support, he’s giving all the credit to God. It’s times like these we put our trust in God, knowing He can bring good from anything.

“Why we got selected I don’t know,” he said. “But God has a bigger plan and we saw this plan go into action because our kids took a stance.”

“Take your rest in the Lord, waiting quietly for him; do not be angry because of the man who does well in his evil ways, and gives effect to his bad designs.” Psalms 37:7

YOU MAY ALSO LIKE: Atheists' Demand Cross At Public Park Be Removed, But City Refuses