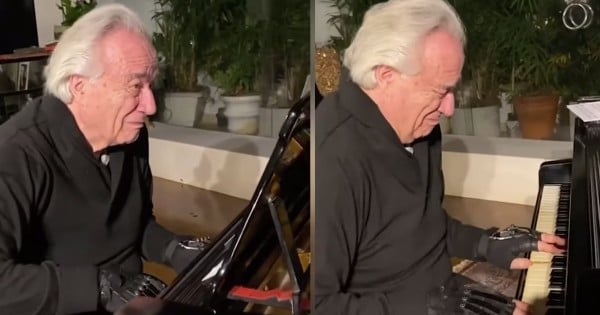 Melissa Surgecoff gave birth in the toilet after she mistook labor pains for kidney stones. She had no idea she was pregnant, so the blessing of her newborn son was quite a surprise!

They say hindsight is 20/20. And now, after giving birth to her son in the toilet, Melissa Surgecoff of Boston is one of those people!

The birth came as a complete shock to Melissa because she had no idea she was even pregnant. Now that she’s on the other side of the bizarre situation, Melissa can look back and see the signs. But at the time, she attributed her symptoms to other causes.

And the fact that both she and her baby are ok just goes to show God was looking out for them!

Woman Gave Birth In The Toilet

Irregularities in her menstrual cycle are nothing new for 38-year-old Melissa Surgecoff. And while she did gain some weight during her pregnancy, she chalked it up to medications she’s taking and the ongoing pandemic. Pregnancy simply didn’t cross her mind.

“So if you look back on it now, yeah, there are clear-cut signs,” Melissa admits. “Like my feet were swollen. … My shoulders and upper body were swollen and just like, you know, gaining weight.”

In ordinary circumstances, an expecting mother would be keeping an eye out for labor signs. But, of course, Melissa’s situation was anything but ordinary! So, when it came time for her to give birth, she ended up doing it in the toilet.

Since Melissa didn’t know she was pregnant, she at first mistook the labor pains for intense menstrual cramps. Then, those cramps grew faster and more intense. She suspected a kidney stone. Heading for the bathroom, she asked her fiancé, Donnie, to call an ambulance.

“The only relief I would get was sitting on the toilet,” she said. “So I was in the bathroom, and I … couldn’t sit still. I was screaming, I was trying not to be loud like I didn’t know what this was.”

Before the ambulance had a chance to arrive, Melissa gave birth in the toilet.

After Melissa gave birth in the toilet, she was in complete shock. She still didn’t realize she’d delivered a baby.

Donnie quickly pulled their baby boy from the toilet, cleaned him off, and checked to make sure he was breathing. Relieved to see his son was ok, the new daddy then cuddled his child and marveled at the miraculous surprise.

“I kept watching his stomach and he kept breathing on his own and then it became more of a celebration,” Donnie recalled. “I stood up and held him close to my heart against my body to keep him warm.”

Soon, paramedics arrived and they were just as shocked since they thought they were responding to a call about kidney stones. They whisked the family off to the hospital where doctors confirmed both mom and baby were perfectly healthy.

As the shock and surprise wore off, joy took its place. Melissa Surgecoff was grateful to have become a mom. And family and friends rallied to get the couple ready for bringing home their unexpected miracle, Liam.

The coronavirus pandemic delayed her and Donnie’s wedding, previously planned for September 2020. But now, they will have another special guest joining the ceremony.

YOU MAY ALSO LIKE: Mom Had No Idea She Was Pregnant, Then Gave Birth On Sidewalk

So many things could have gone wrong with this unexpected pregnancy. But the fact that everything went right is not by chance. God had His hand on little Liam and we have no doubt He has big plans for this sweet boy!

WATCH: Woman Who Didn’t Know She Was Pregnant Gave Birth In The Toilet