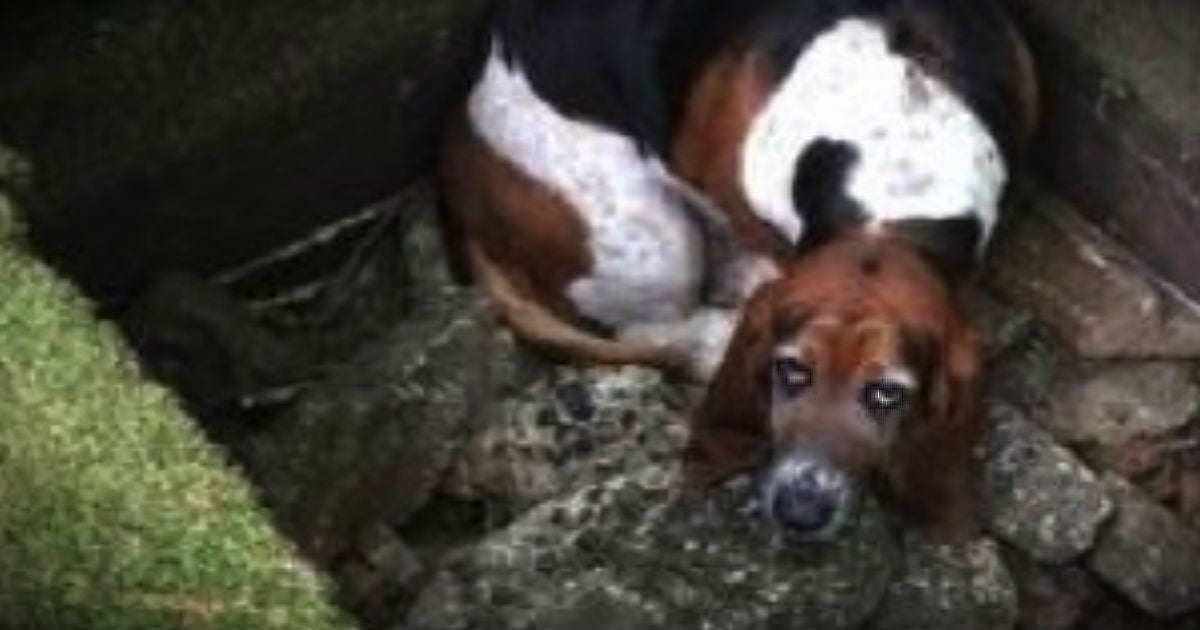 Kristen’s father died in the line of duty when she was just 16 years old. On her wedding day, Kristen wanted to show her dad was gone but not forgotten. And how this bride honors her deceased dad on the big day had me in a puddle of tears!

Gone But Not Forgotten

Our brave police officers face danger every day as they work to serve and protect their communities. And it's not just hard on these brave men and women, but also on their families.

RELATED: Bride Honors Late Father During Wedding In The Most Amazing Way

Deputy Sheriff Kent Mundell's family was left to live out every police family's worst nightmare when the 44-year-old was shot and killed while responding to a domestic violence call. His wife, 16-year-old daughter and 10-year-old son were devastated.

Kent was gone, but would certainly never be forgotten. And the day his daughter, Kirsten, got married was surely a day where the family missed Kent deeply.

Though he would be watching the wedding from above, he was still honored with his own seat. 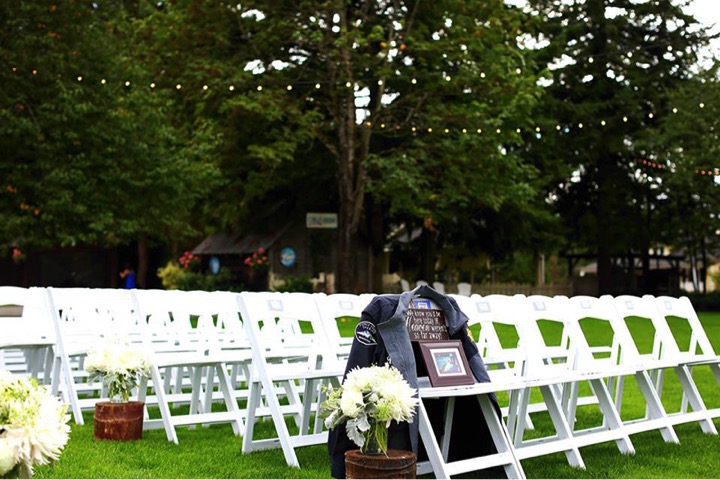 If you're like me, that image alone was enough to get you all misty-eyed. Well, you'd better grab the tissues for the rest of the story.

Perhaps because of the danger of the job, police usually form tight bonds with their fellow officers — they become family. And so, Kent's colleague and friend, Officer Don Jones, took the place of walking Kirsten down the aisle. 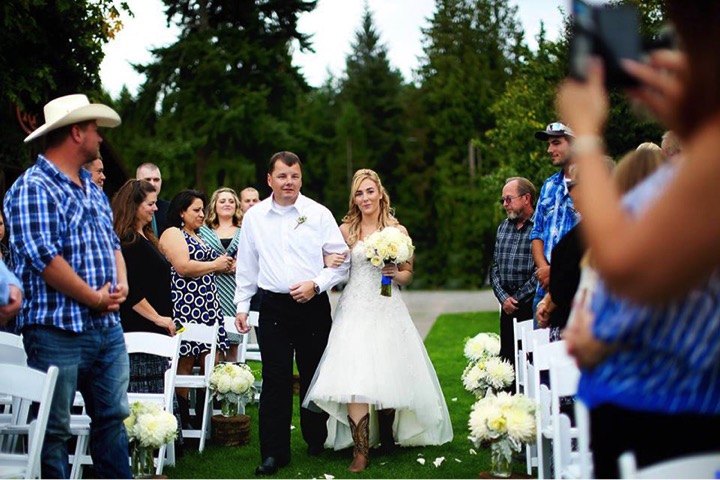 Don't put those tissues away just yet, because it gets even more emotional when we get to the father-daughter dance. Don did the honor here as well... 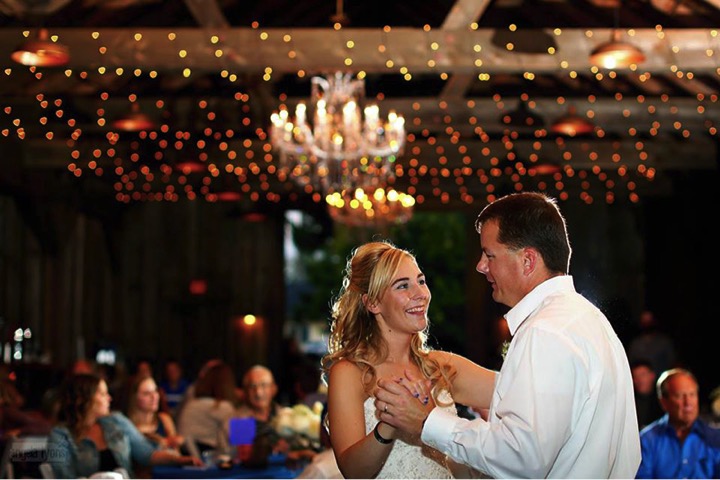 At least, he did at first. But then, to the surprise of Kirsten and her family, four more Pierce County Sheriffs took turns dancing with the bride before the song ended! 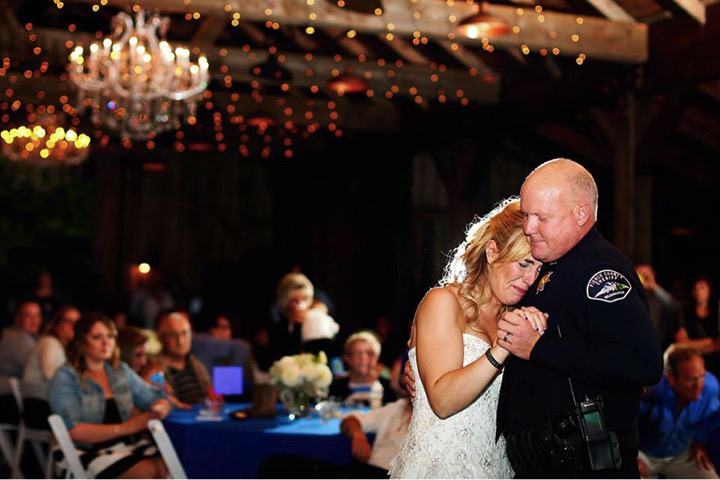 See all of the beautiful pictures taken by talented photographer Angela Lyons HERE.

Based on how hard the pictures had me crying, I can't imagine there was a dry eye in the house at the reception!

Even photographer Angela Lyons couldn't help but be swept up in emotion as she documented this incredibly heartfelt moment. She said,

"Shooting weddings always allows for witnessing some private, special moments that nobody else has the privilege of being a part of. But it’s not often I witness something on this level.”

And we're so glad these photos are being shared with the world. It serves as an amazing reminder of the incredible sacrifice the brave men and women who serve this country give every day. A sacrifice offered up not only by them but by the families who love them as well.

It's beautiful to see how the other officers step up to be the "village" that helps to raise and support the family of their fallen comrade.

For now, Kirsten will carry her father with her in the tattoo that reads, "My Dad, My Hero." But we know that one day, she will see him again in Heaven.

RELATED: Bride Dumped A Week Before Wedding Has Special Plans For Her Dress