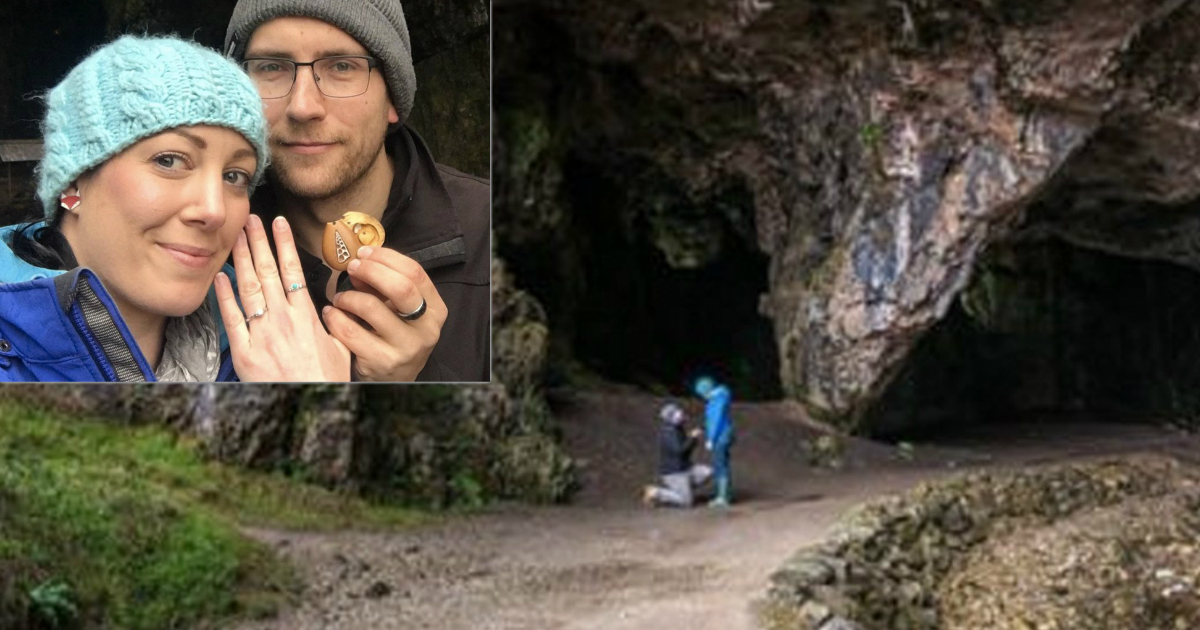 It’s been a longstanding tradition for brides to have something old, something new, something borrowed, and something blue on their wedding day. It’s always interesting (and usually awfully sentimental) to see how each bride does this. But Alison’s “something blue” — the bride’s 92-year-old veteran uncle — is one of the most precious things we’ve ever seen! 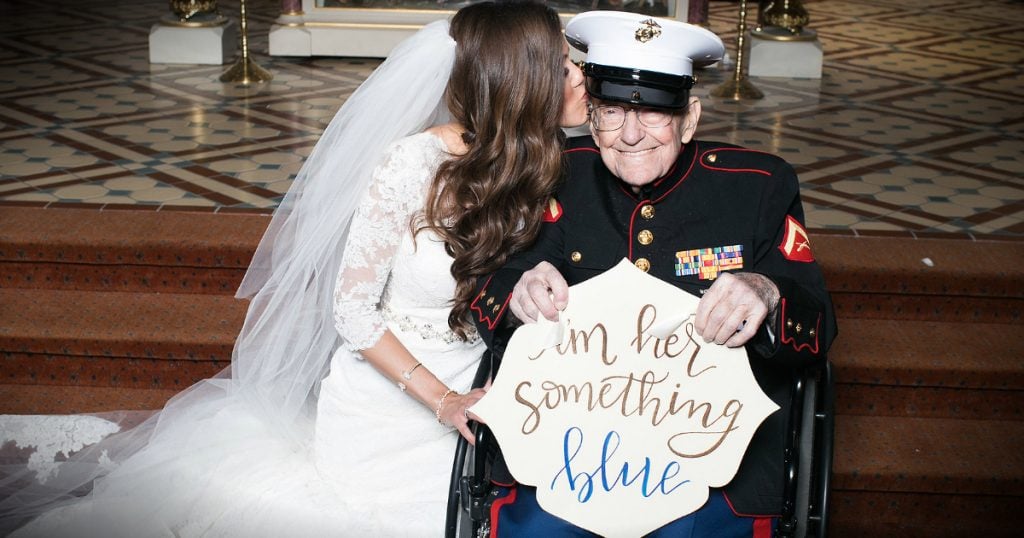 Some brides spend lots of time fretting over their somethings. Not Alison Ferrell. She knew instantly what to do for her “something blue.”

Well, not so much what, but who!

Alison’s 92-year-old uncle, Bill Lee Eblen, is a WWII and Korean War veteran. He served in the Marine Corps, then later became a sergeant in the U.S. Air Force. And so, Alison invited him to join the wedding decked out in his military dress blues.

"I come from a family where we have great respect and admiration for those in the armed services,” Alison explained. “So having him there in his blues was perfect."

RELATED: Bride’s “something borrowed” is 120-year-old wedding dress passed down for generations

The bride’s 92-year-old veteran uncle wore his Marine Corps uniform, and was wheeled down the aisle in his wheelchair, holding a sign that read, “I'm her something blue.” 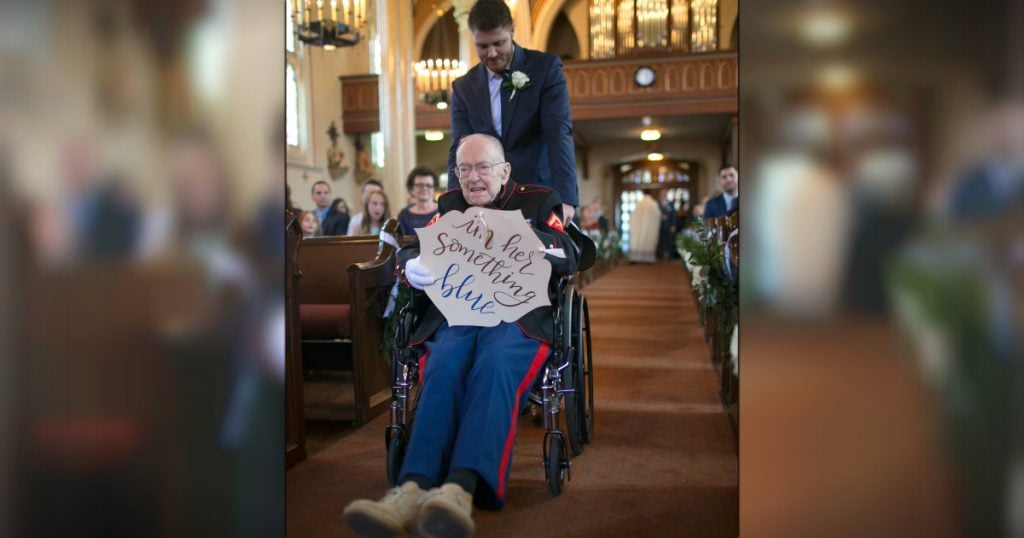 "It meant everything to me that he was there as my something blue," Alison said.

From the moment she’d started planning the big event, Alison knew she wanted her uncle included in the big day.

"I knew I wanted to honor him in a special way," she explained. "We are a large, close-knit family and he has always been at every special moment in my life.” 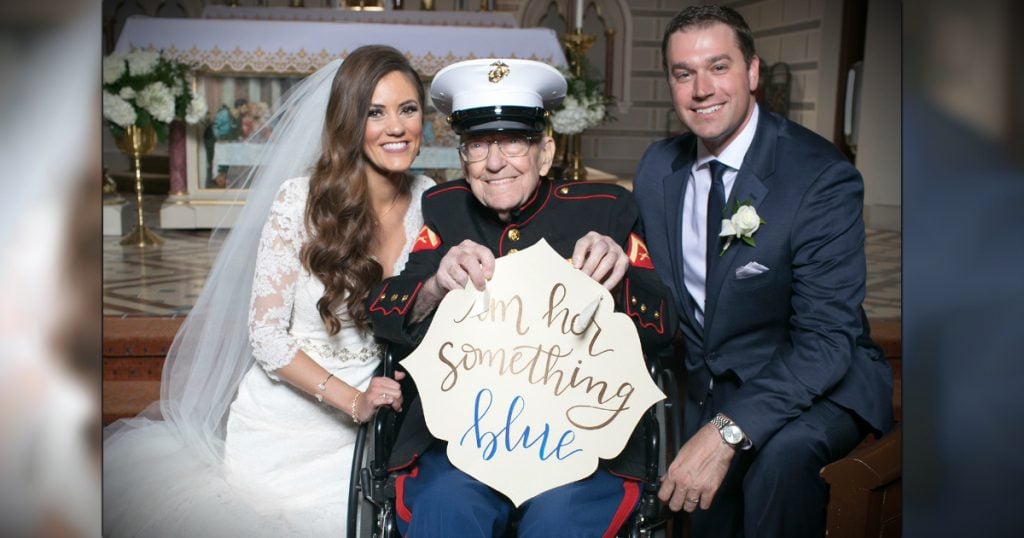 She met her husband, attorney Matthew Ferrell, 12 years ago at Southeast Missouri State University. Both families have active service members, and Matthew’s grandfather also fought in the war. So, having uncle Bill as part of the wedding was important to both of them.

RELATED: Bride chooses her 89-year-old grandma as a bridesmaid

Since the bride’s 92-year-old veteran uncle went down the aisle before her entrance, Alison made sure ushers seated him near the front. The two shared several glances throughout the ceremony, which is a wedding memory Alison will always treasure.

"It brought me a tremendous amount of pride to see him sitting there in his blues,” she said. “He touched so many people with his role in the wedding. It made me happy to see him happy.”

And the honor meant the world to uncle Bill, too.

"You don't ever forget your military experience. I just respect Alison's decision to include me in her wedding, plus it was a lot of fun,” he said. "It was so special to me!"

Alison visits her uncle often at the nearby veterans home where he lives. And the two will have plenty to talk about during their next visit!

"We enjoy each other's company," he said. "And I plan on hanging up the pictures of me at the wedding in my home!"

YOU MAY ALSO LIKE: Bride has a special surprise for her granny after she got sick on her wedding day 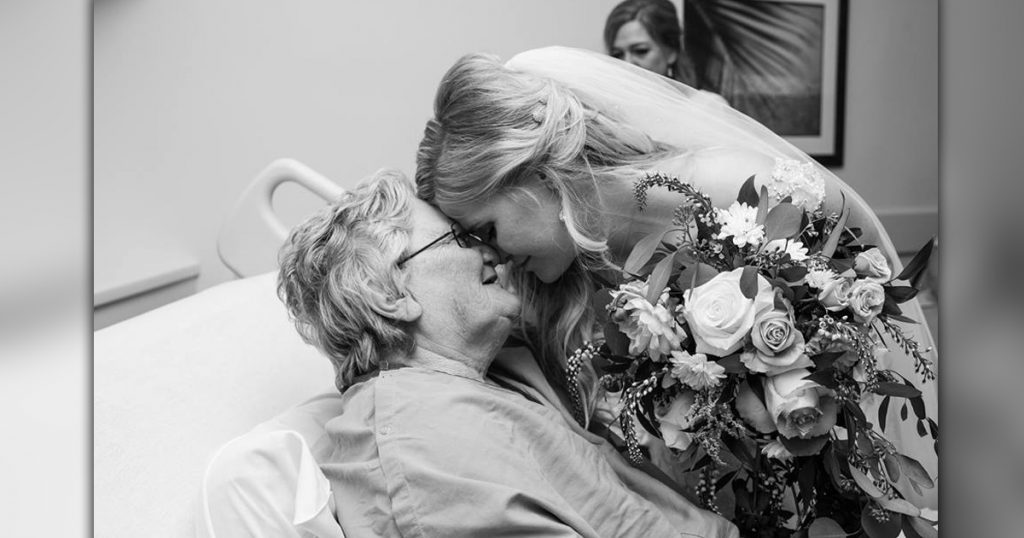