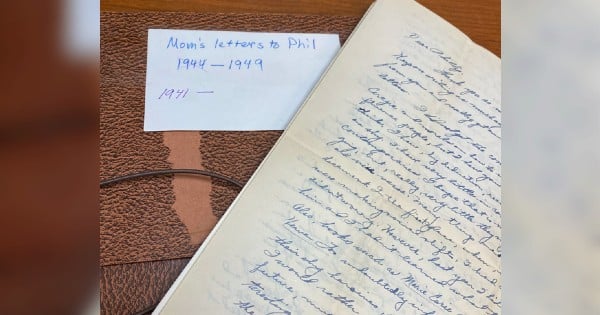 It's hard to know what type of feelings might surface between two brothers reunited after 50 years of living apart. It's difficult to imagine the emotions that might come with such a meeting. But, Randy and Edward Waites provided a beautiful example of love and acceptance when these two brothers met for the very first time!

Randy, 55, happened to be watching the news from his home in Lodi, California just a couple of months ago. The reporter spoke with a gentleman who'd made a visit to Lake Tahoe and gotten caught in nasty weather. The man's name appeared on the screen for just a few moments, but it was long enough for Randy to notice that they shared the same last name-a rather unusual one at that.

RELATED: Brother and Sister Reunited After 70 Years Thanks To A ‘Flat Miracle'

Randy found that curious and mentioned it to his daughter, wondering if there could be any connection. When Randy's daughter, Cambria, took a closer look, she detected a resemblance between her dad and the man on TV. She did a little sleuthing and within 20 minutes, she had determined that Randy and Eddie share the same biological father!

It wasn't long before Randy reached out to Eddie, 54, who lives in Anaheim, California. Eddie was convinced that the unlikely story was true as soon as he saw a picture of Randy, noticing how much Randy looked like their father.

Randy never knew the father that he and Eddie share, because Donald E. Waites left his mother and him when he was an infant. Eddie, however, was raised by their dad and enjoyed a great relationship with him. That fact could cause problems for these long-lost brothers, but it did not!

The brothers reunited after 50 years and are thrilled to have found one another. Eddie has always wanted an older brother. And Randy now has the opportunity to learn all about his biological father and extended family. Their father, Donald Waites, died in 2009.

Eddie apologized to Randy on behalf of their father, but Randy holds no resentment. Randy told The Washington Post that he doesn't “blame anyone - I’m beyond that now. I’ve waited my whole life to know someone like Ed. I just want to be the best brother I can be. And I know he wants to do the same for me.”

Randy and Eddie have found that they share similar interests; both enjoy riding motorcycles and fishing. Most importantly, both are grateful to have made this unexpected discovery and to have the years ahead to be brothers!

YOU MAY ALSO LIKE: Woman Discovers She Was Abandoned As A Baby And Has A Reunion 30 Years Later

"Now about your love for one another we do not need to write to you, for you yourselves have been taught by God to love each other." 1 Thessalonians 4:9