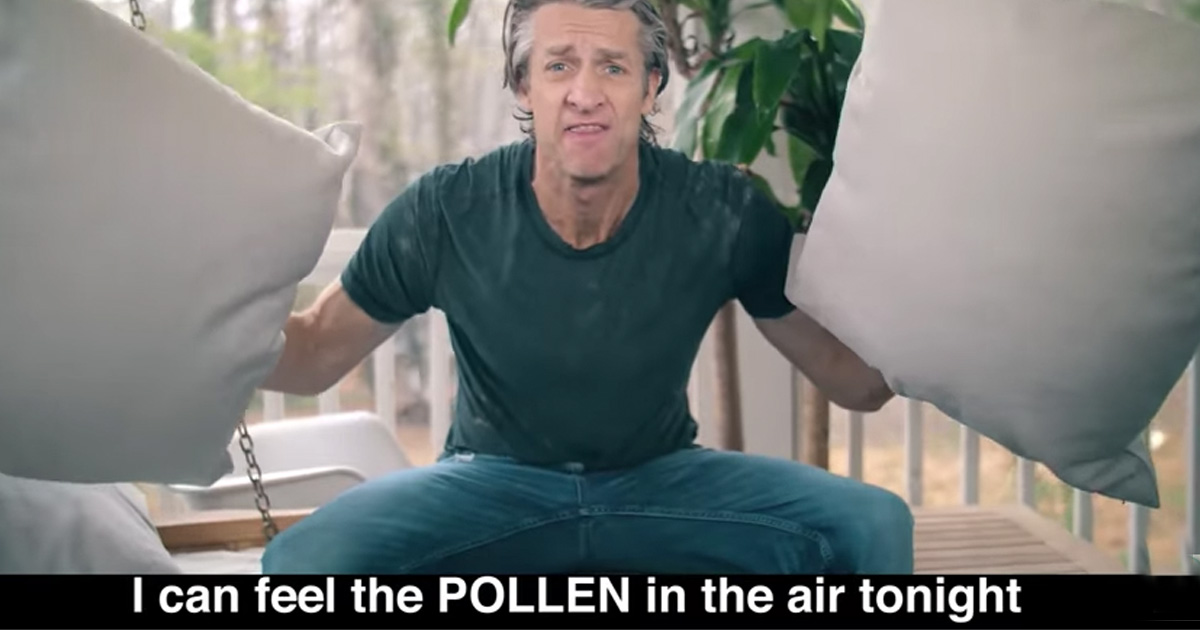 Have you ever slipped and stumbled and been really grateful that nobody was around to see your lack of gracefulness? We’ve all been there and can relate, am I right? But poor Mike Bushell took a single misstep on the job that’s now been seen across the globe! Read on to learn more about this funny news reporter video clip!

The news reporter had stepped into the swimming pool to interview a team of swimmers at Australia's Commonwealth Games when he ended up falling into the pool on live television! 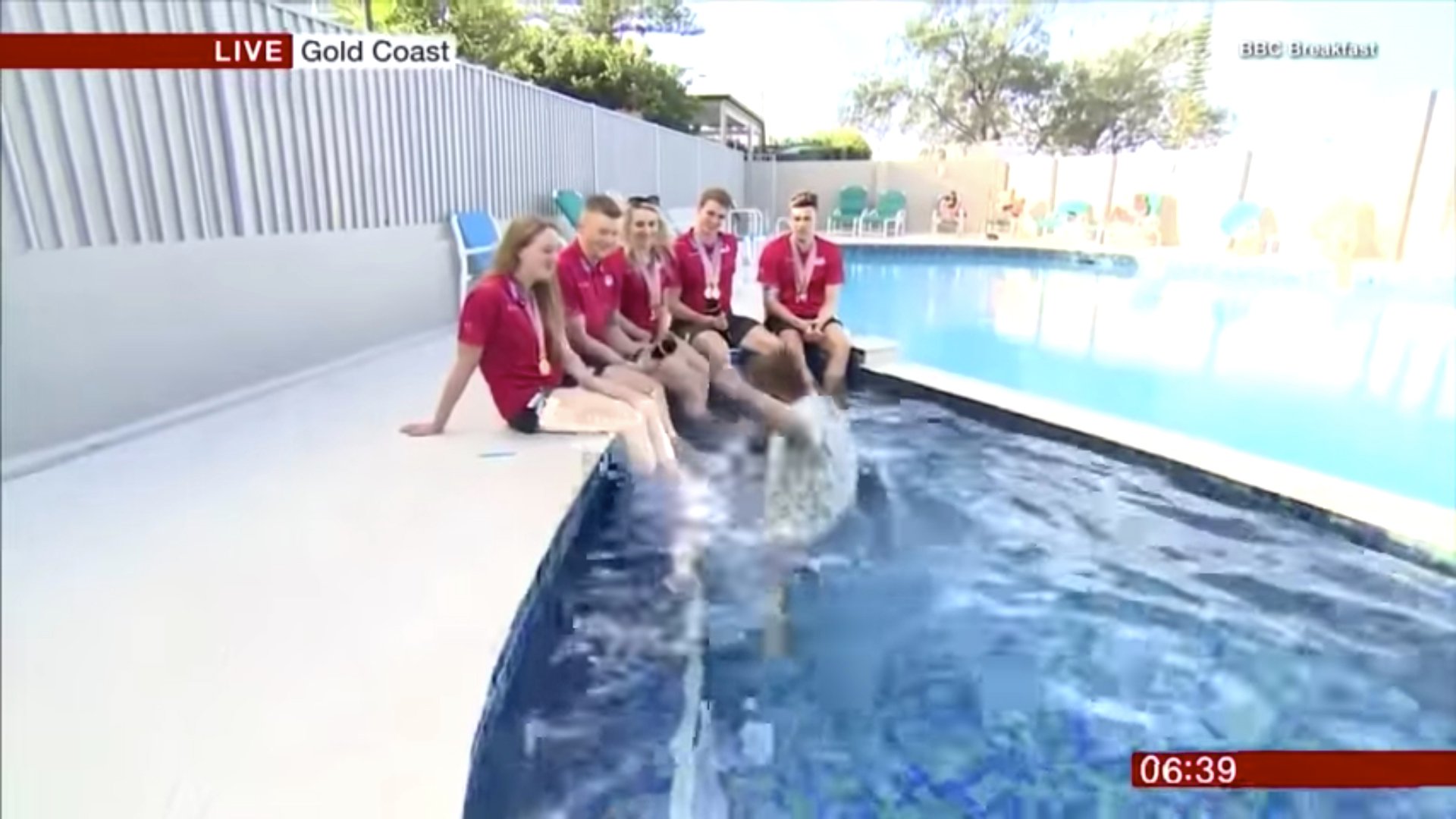 Apparently, the BBC news reporter didn't realize that where he was standing was actually just a narrow ledge. He thought he was standing in the shallow end of the pool when he stepped forward to interview the swimmers.

YOU MAY LIKE: Bird Flew on News Reporter’s Head on Live TV

"I'm going to be very careful because I've got this sound pack on," the news reporter said as he turned toward the swim team members Sarah Vasey, Adam Peaty, Siobhan-Marie O'Connor, Ben Proud and James Guy. 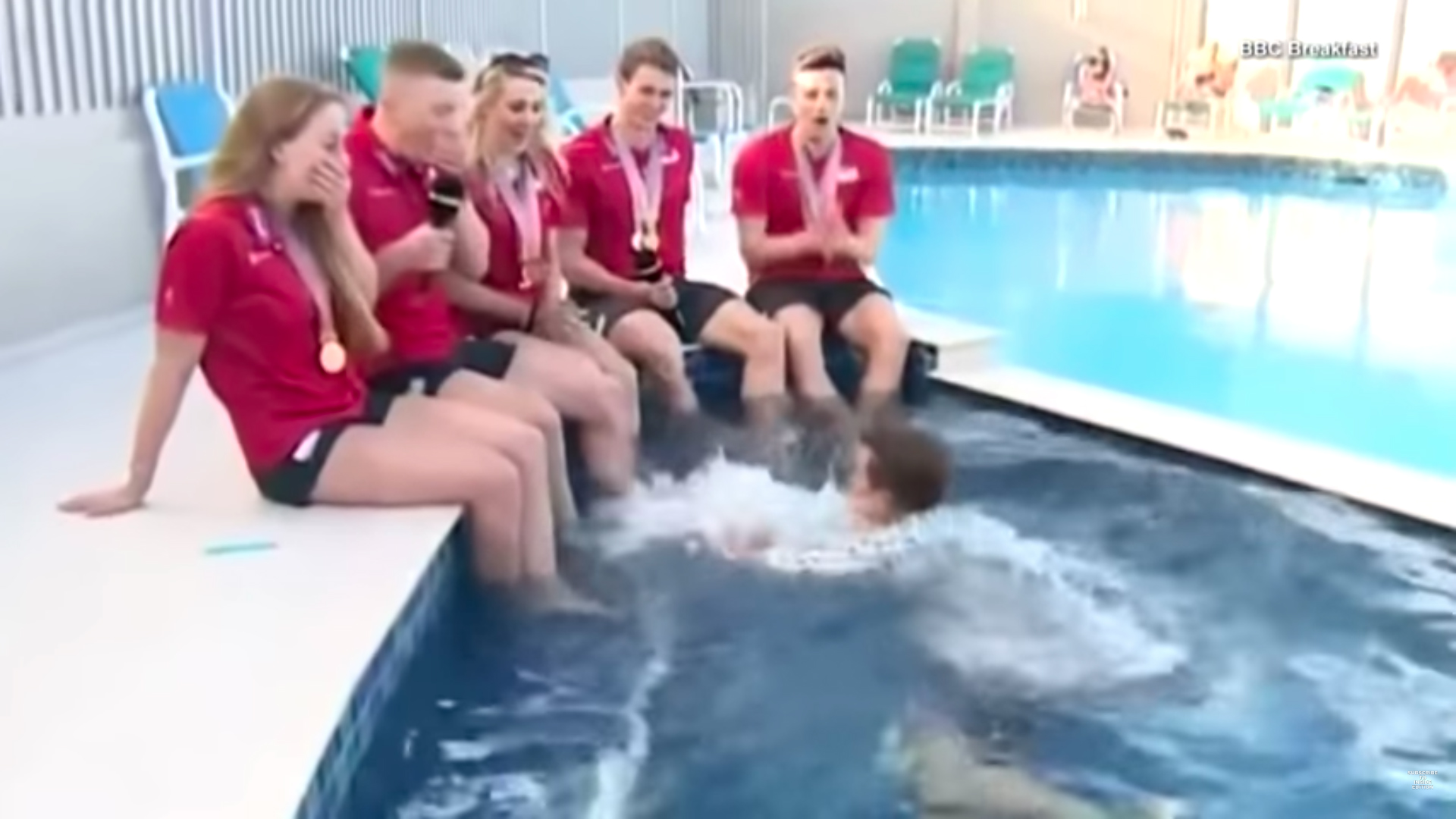 YOU MAY LIKE: Rescuer And News Reporter In Tears Over Baby Found In Collapsed Building

Unfortunately, as soon as he took that first step–SPLASH! The poor surprised reporter found himself completely submerged in water. Realizing he was ok, the swimmers couldn’t help but burst into laughter! 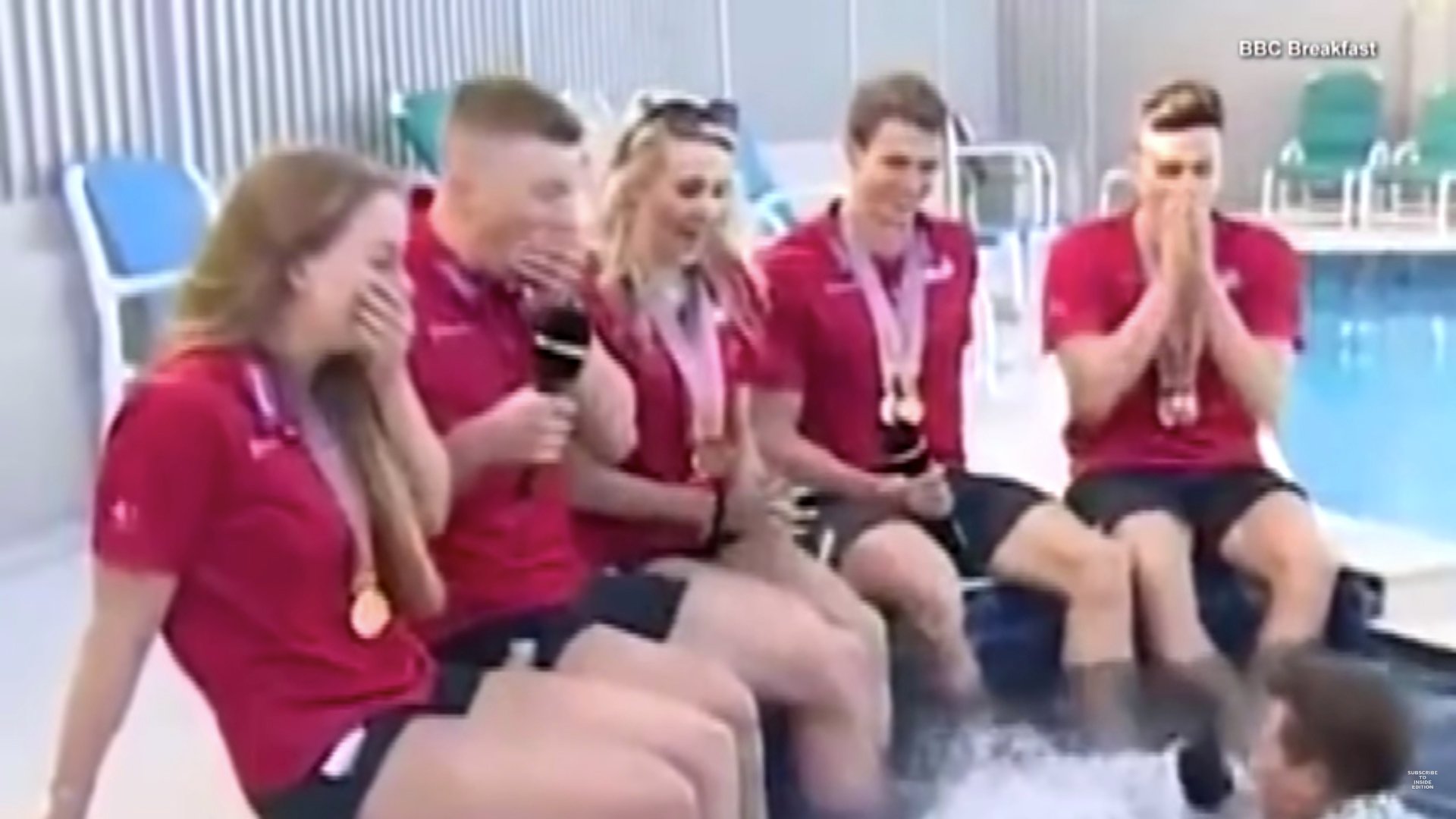 "I didn't see the step," he exclaimed. "Sorry about that. Well, that's given you all a good laugh... just look before you get in a swimming pool in the future."

I love the news reporter’s reaction to his fall! He could’ve been upset at looking foolish, but he just laughed it off. What a great reminder of how to cheerfully handle an embarrassing situation! He just laughed right along with them–what a good sport!