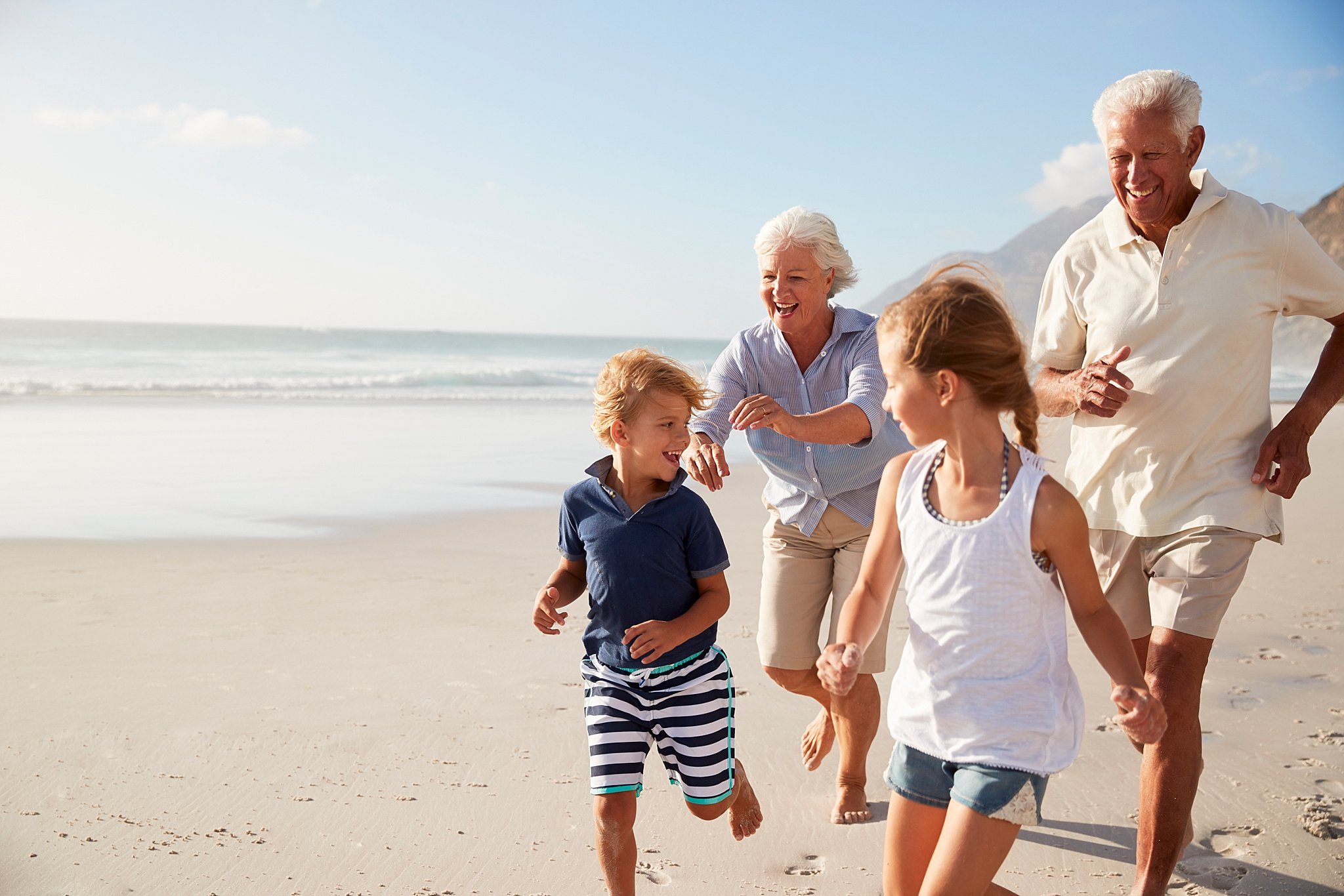 40 Powerful Quotes to Inspire You and Your Family
Read Article »

Testimonies are an important way that we can share our faith with others. Through Christian testimony, we can give witness of God’s love, His grace and His faithfulness to us. Each of us has a very unique testimony. Different things have happened in our lives that make each story unique. And by telling these faith testimonies we have the rare opportunity to inspire and encourage those who hear our stories–possibly even leading others to Christ. Here are some real faith stories told through these Christian celebrities testimonies that we hope will help others in their journey to find the one truth that is Jesus Christ.

Miss Kay’s grandma warned her that there would come a day when she would have to fight for her marriage, but being very young and madly in love, Kay Robertson didn’t believe it. Then, one day she found herself with three young sons, married to an alcoholic drug user who was accusing her of infidelity–as if she’d even have time or energy after being sole caregiver of their family!

That night was the lowest of her life, and she locked herself in her bathroom and wanted to die. “I just wanted peace. And that was the only way I could think of.” Kay shared. That’s when God sent her a guardian angel to save her, whose arrival she heard as the pitter patter of little feet right outside her door.

All Kathie Lee ever wanted to be growing up as a child was an actress and a singer. And she was determined to become all that God called her to be. It was not an easy journey though. Kathie experienced constant rejection, but the Lord kept her and allowed her to approach rejection in a joyful, light-hearted way. She knew early that God wanted her to be different than what everyone else was trained to be like in her industry, so she chose to face adversity in a way that glorified Christ. 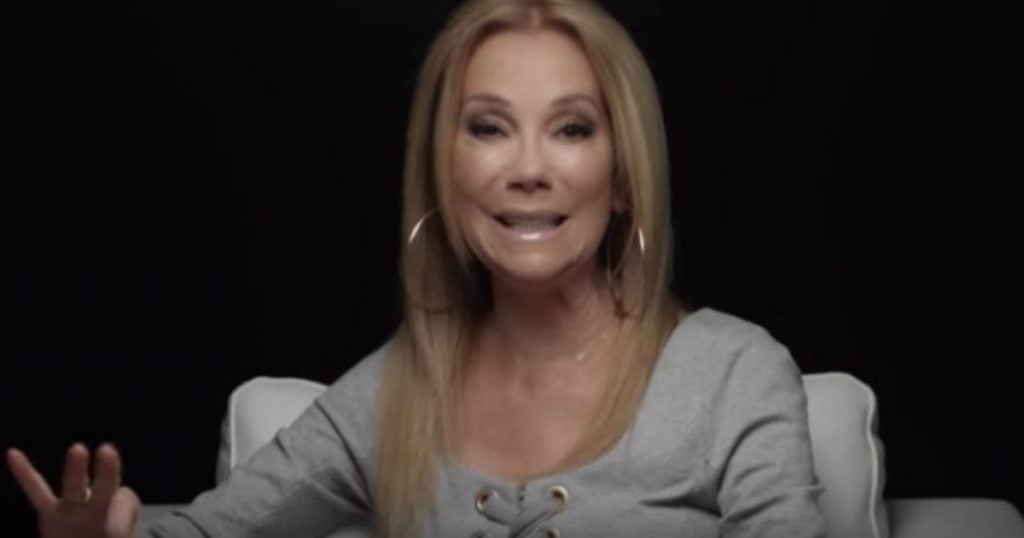 Kathie learned many valuable lessons from being in dark place in her life. She endured false accusations, trouble in her marriage, and even the death of her husband. But the fact that God gave purpose to all of her troubles, brings her great joy. She encourages us that the Lord wants us to have a joyous life and enjoy the adventure He set before us. He never promised for us to have an easy life. But he overcame the world and for that, we should have joy.

The band, U2, was formed in Dublin, Ireland in the late 70's. Three of the members, Bono included, found faith during it's early years and struggled to reconcile that with their music. Through ups and downs of what Bono described as denial rather than "willful surrender", the group eventually found their path to connecting the two.

Henry Winkler was a classically trained actor who had studied at Yale Drama School and he often wondered if playing the role ‘Fonzie’ on the hit TV Show ‘Happy Days’ was what he was truly being called to do. He shared with Guideposts readers that he questioned,”Was I doing what I was really meant to do? Was I using my God-given talents in the best possible way?”

Henry was concerned whether or not he was doing his best for God. “We're not sure if we're doing what we should with the gifts He gave us.” Then one day at an event, he heard a little 5-year-old girl shyly call out, “Fonzie!” and he noticed that the girl’s mom looked stunned and was crying. He would later learn that the young girl had autism and that she had just uttered her first word–what would become the first word of many. “That little girl showed me that we simply have to do whatever comes our way to the best of our abilities. And trust that God will find His way to touch someone else with them. And what is that trust called? It's called faith.”

Today, Denzel is a strong Christian man, but admits there were times, especially in his teen years, that he too did struggle. Like most teens, he rebelled (a little bit) being the son of a preacher and resented being in church as often as he was.

“I read from the Bible every day, and I read my Daily Word,” Denzel said, adding that it was not difficult for him to grow up as the son of a preacher.

“He [his dad] wasn’t a taskmaster, but there were certain things you couldn’t do,” Denzel added. “He had his own church, and it was a long Sunday, because you had to be there all day.”

“Everyone I grew up with didn’t have a father,” he continued. “I had a father. My father was a decent man. He was a very spiritual man and a gentleman.”

So you see, Denzel grew up in the church, and he had faith. But what happened one day while he was worshipping left him shocked and wondering what he should do! He had a "personal encounter" with God that occurred in the same church Denzel attends today.

“The minister was preaching, ‘Just let it go,'” Denzel recalled. He said to himself, "‘I’m going to go with it.’ And I had this tremendous physical and spiritual experience.”

“It frightened me,” he stated. “I was slobbering, crying, sweating. My cheeks blew up. I was purging. It was too intense.”

This powerful experience caused Denzel to question his beliefs. So, he called his mother.

“It almost drove me away. I called my mother, and she said I was being filled with the Holy Spirit. “I was like, ‘Does that mean I can never have wine again?'”

Ever since, Denzel is a proud Christian man and has even considered becoming a preacher.

Denzel does this one thing each day to make sure he prays, and I'm trying it myself! This is fabulous, and simple. He says, “Put your slippers way under your bed so when you get up in the morning, you have to get on your knees to find them. And while you’re down there, start your day with prayer. Ask for wisdom. Ask for understanding,” he said. “Don’t aspire to make a living, aspire to make a difference.”

Dolly Parton's faith is nothing new. The country legend is known for being outspoken about her relationship with God. But the singer has revealed that she was once so depressed that she picked up a gun and considered suicide. That confession is shocking, but the Divine Intervention that happened next is truly stunning. God sent Dolly Parton a furry angel in her time of need to save her life.

Dolly Parton grew up knowing Jesus. But even people with a strong relationship with God can have their setbacks. In her latest book, "Dolly on Dolly", the country star remembers a dark time in her life. After suffering with health problems for years, she learned she'd never be able to have children with her husband.

Dolly's marriage suffered. She became confused, heartbroken and depressed for years. Then one day, she wondered if she should even go on living.

“I was sitting upstairs in my bedroom one afternoon when I noticed in the nightstand drawer my gun that I keep for burglars,” said Dolly. “I looked at it a long time. … Then, just as I picked it up, just to hold it and look at it for a moment, our little dog, Popeye, came running up the stairs. The tap-tap-tap of his paws jolted me back to reality I suddenly froze. I put the gun down. Then I prayed. I kinda believe Popeye was a spiritual messenger from God.”

Sadie Robertson never planned on getting a tattoo. But after battling with anxiety and fear for years she finally gave her life entirely over to Christ. That's when Sadie got the idea to have a daily reminder her to trust and live ‘Fearless'. What a powerful testimony!

Early in their career, Chip and Joanna Gaines owned a furnishing store called Magnolia Market, but they were sensing God telling them to trust Him and close the store to focus on raising their family.

Joanna wasn't sure about the future, but she was obedient, and as she closed the doors to their store she felt like her dreams were closing with it. Ironically, that's when the peace of God overwhelmed her, and He reminded her to trust Him with her dreams. God made the plans for her life, and they were better than what she could imagine.

"God taught me to study the Word and believe it, even when it hadn't been fulfilled yet. I really had to cultivate a place of faith that I never had before. I had to trust Him as He would speak His promise to me," she explained."This trust brought peace, although my circumstance hadn't yet reflected his promise. His Word doesn't return void, and God was working in my heart to establish deeper levels of trust that I now look back on and am thankful for."

At just the right time, a production company heard about Chip and Joanna's home renovation business, paving the way for their hit show, Fixer Upper. And the rest, as they say, is history!