They say laughter is the best medicine. Perhaps that’s why Christian comic Chonda Pierce is in the business of comedy. Chonda has always been candid in her comedy routines. But now she’s opening up about her personal life, particularly the struggles she’s faced with her husband’s fatal addiction to alcohol, in a documentary called "Laughing in the Dark." Her story is powerful. And the fact that she’s come out of her darkest times not just smiling, but laughing, just stands to prove how loving and faithful our God is.

Chonda and David met in high school in Ashland City, Tennessee. David was handsome, smart, played the guitar and was a state champ wrestler. Though he and Chonda started out as friends, but over time, that friendship blossomed into romance.

They saw each other through some pretty tough times, as David cared for his divorced father who’d earned the reputation of being the town drunk. Chonda tragically lost two of her sisters in two years — one in a car crash and the other to leukemia.

"We were recovery partners after we found each other," Chonda said. "I do believe it was a providential thing. We were each other's soulmates through all that." 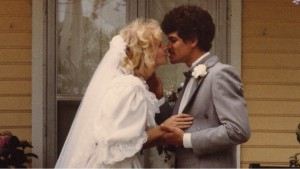 Shortly after college, Chonda and David were married.

Before long, Chonda gave birth to a daughter, then later a son, and they were a family of four. David worked as an English professor at Middle Tennessee State University and other colleges, and Chonda pursued her career as a comedian, becoming popular amongst the church circuit. Their careers were taking off, but all was not well at home. 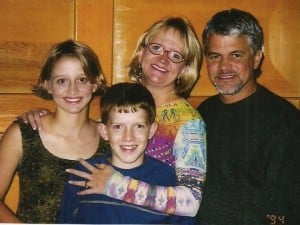 Over the years, Chonda’s daughter, Chera, began to resent her parents. Part of that resentment stemmed from the fact that Chonda’s career required her to spend a lot of time on the road. Eventually, Chera got married, had kids and cut off all contact with the family. It was hard on her parents. Chonda dealt with the pain by crying often. She noticed that David started occasionally having a drink or two. . . or so she thought.

RELATED: Is it wrong for Christians to drink alcohol?

Then, one night, David came home late. He was stumbling, slurring his words and not making any sense. In a panic, Chonda called for an ambulance, truly believing her husband was having a stroke. But then the paramedics informed her that David was drunk, leaving Chonda shocked and embarrassed. But the embarrassment soon gave way to anger. 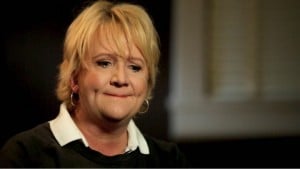 While her husband was away at the hospital, a hurt and stunned Chonda wandered around the house. She eventually wound up in the garage, where she noticed a tarp.

"I pulled at it, and under, it was full of cans and bottles, all empty. I just sat on that garage floor."

David spent 30 days getting help at a treatment center, and Chonda sold their Murfreesboro home. For her, it held far too many painful memories. She found them a condo in downtown Nashville and focused on moving forward. 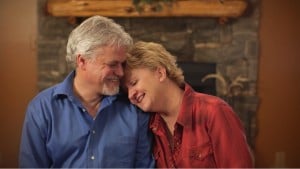 But a few months later, David was back in rehab.

When he got out, the couple celebrated with Chonda’s homemade sausage, meatballs and spaghetti by candlelight. Around 9 p.m., David said he missed driving, and headed to the grocery store to pick up food for the dog. But while there, he picked up a case of beer for himself, drinking nine in the parking lot.

Chonda took him right back to rehab the same night. Some of the patients were out on the porch when they arrived, and Chonda overheard one of the younger guys saying, “Man, if David can't make it, I don't stand a chance."

"You've got to make it," she said, looking at the young guy, "because there are people out there who love you, and you're killing us."

Sadly, David never managed to overcome his alcoholism, and his last year was a rollercoaster of ups and downs. Chonda remained by his side, applauding his stretches of sobriety, but staying away when he inevitably went back to the bottle. This difficult time only intensified the estranged relationship Chonda had with her daughter, made even worse when Chonda lost her own mother in the middle of it.

"I look back and sometimes say, ‘Why haven't I given up?'" she said. "I don't know if I'm incredibly optimistic, or I have such a strength in faith. Or am I just crazy? I am crazy in love with God. I think he really dwells with us. And I'm crazy enough to believe that."

David’s disease eventually got the better of him. 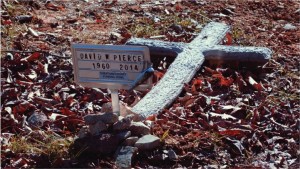 Because of the drinking, David had a stroke in 2013. Brain surgery couldn’t save him, and doctors removed him from life support. As always, Chonda was by his side.

In their final conversation, David looked at his devoted wife and said, "I messed up, hun." 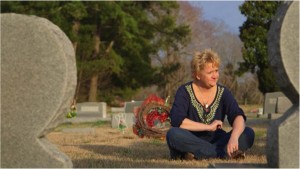 The bravely funny woman has spent the past few years leaning on the Almighty for healing. Chonda says she’s now in a good place of peace and resolution, but, as she puts it, “grief is the gift that keeps on giving.” A certain song on the radio or a task that needs doing on the farm will remind Chonda of David’s absence, stirring up the difficult memories of the battle he fought, but was unable to win.

"Isn't it a shame the last few years of his life was dealing with [alcoholism] and grieving his daughter. Isn't it a shame? I know I can't go back and fix that or change that.”

But God is near to the brokenhearted, and it’s His grace that comforts Chonda during these times.

"Then what sets in is a great peace to know that he's at peace. There's a sweet resolve when you truly believe there's a heaven."

What an incredible testimony! Chonda has held on to the God of Mercy through the good times, but also through the times of darkness. And true to His promise, he has brought comfort, and also laughter. 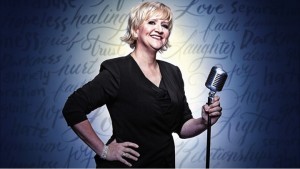 See some of Chonda’s hilarious standup in the video below! 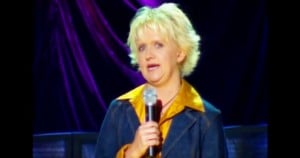