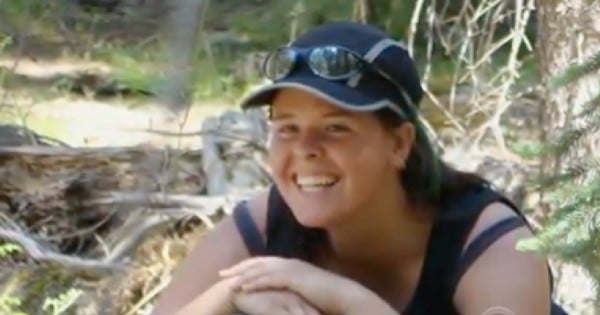 ISIS Took Her Life, But They Couldn’t Kill Her Faith. Her Final Letter Home Is Powerful
Read Article »

Benjamin Watson is a 34 year old professional football player. And, whether or not you love the game of football, you’re not gonna want to miss what this young man has to to say about ISIS, faith, God and each other. His words are compelling and thought provoking and covered in scripture.

The images keep flooding our timelines and news feeds. Men being burned alive or beheaded by masked assassins. Stories of families on the run, fleeing their homes while they are pillaged and burned. Their testimonies hold a familiar chord. “Convert, Pay or Die!”

The persecution of Christians is not a new concept.

As early as the first century we read about the Spirit-filled boldness of Christians like Stephen and Paul who proclaimed the gospel through beatings and imprisonment, torture and death. We remember Christ’s disciples, most of whom were killed just like their master. Roman emperors like Nero, executed Christians in the most ghastly ways, using them as torches to light the evening sky.

In spite of all this adversity, Christianity continued to spread because men and woman, empowered by the Holy Spirit, stood strong in the face of certain death; some being delivered and others falling. As I sit here in a 21st century United States, I can’t help but wonder when we too will face martyrdom for our faith.

On this very day, nearly 50 countries have laws that restrict or outlaw Christianity, leading to the harassment, imprisonment and death of those who follow Christ. On this day, in countries like North Korea and China, Christians gather for church underground to avoid being arrested by police. On this day, in Nigeria thousands mourn the deaths of their loved ones killed by Boko Haram in their quest to overthrow the government and create an Islamic state. On this day, in Cuba, Christian ministries continue to risk their freedom as the countries continues to feel the effects of Communist rule.

BUT, on this day, Jesus’ words in Luke still ring true.

I tremble with fear at the thought of facing such incredible atrocities for the sake of Christ.

How could I stand firm, staring down the barrel of a gun, the life of my family in the balance? I shudder, thinking of that day. I feel so inadequate. Rest assured, fellow Americans, if it hasn’t already, our day WILL COME.

Jesus goes on, providing us comfort and hope for this day. He says,

My only hope in such trying times is the power of the Holy Spirit. He is the X factor. He will give us the strength, words, and vision when our backs are against the wall. Jesus promised the believer many things. Eternal life, abundant life, peace, purpose and forgiveness to name a few. He also promises that they, like him, WILL be betrayed, hated and persecuted, even to death. Luke 21:12-19

The Internet has brought close what used to be foreign. Shocking, disturbing worldwide news is available in the palm of our hands. As we see these videos and images we must remember in prayer our brothers and sisters who are suffering for Christ. So, we must support them in any way we can for they are bearing witness to their oppressors.

Secondly, we must WAKE UP from our slumber, be on guard and stand firm. A house divided against itself cannot stand. Spiritual unity in the body will help us weather the coming storms. We must REMEMBER that as terrible as things are and will become, they are simply signs pointing to one thing; His Imminent Return.

“When these things begin to take place, stand up and lift your heads, because your redemption is drawing near.” Luke 21:28

Lord be with us.

Thank you, Benjamin, for your words. You are truly gifted with talents beyond the football field. God has given you an ability many of us wish we had – the ability to communicate effectively and with passion. Keep playing football and never quit sharing with us your words that I believe come from God himself.

For another great story with insight for our country, click here!