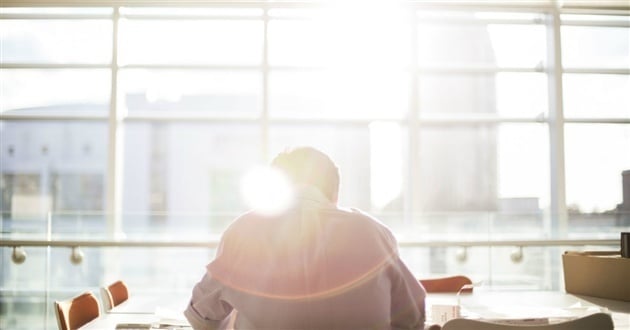 With all of the advances in science, some wonder how Christians can still believe in the virgin birth of Christ. Theology professor Brandon Crowe explains why this time-honored doctrine is just as valid in today’s world.

Exploring The Virgin Birth Of Christ

"One of the traditional Christian doctrines that the church has held is the virgin birth of Christ, that Jesus, strictly speaking, wasn’t conceived by the normal union of the man and woman, but was supernaturally conceived by a special work of God’s Holy Spirit.

This may seem like an outdated sort of view and belief and one that fits a pre-scientific age well, but one that we have a harder time believing because we are more technologically advanced. We have more medical knowledge and all we have to do is look this up on the internet and we know that a baby is not conceived apart from the joining of a man and a woman and that physical process.

RELATED: 10 Strong Women From The Bible Who Exceeded Expectations

Why do Christians continue to believe in the virgin birth of Christ? Can this view be maintained today? There are a number of objections that could be raised against it.

The other thing is sometimes people think that today in our age we are more scientifically advanced, which we are, than the first-century world. That doesn’t mean that they did not understand how babies were born. They were well aware of how babies were conceived and virgin birth is not something that they would have come up with simply when something strange happened. This would’ve been completely surprising to those in the first century.

There were no other examples of virgin births and no reason for the early Christians to make this up if this is not the way that it happened. Some might think that this was a mythological addition to the Christian faith or something that was embellished over time, but when we look at other somewhat similar things in mythology, most all of them seem to assume some sort of a physical union of a god perhaps with a woman. This is not what we find in Christianity. The accounts are very simple, very understated, and very simply stated that this happened through the power of the Holy Spirit.

The other thing in relation to that is this was a belief that arose very early in Christianity. Already by the beginning of the second century just a couple of generations after the apostles began their ministries, we already find this to be an established belief in the church. We can look at church leaders like Ignatius of Antioch or Irenaeus, and we can see that this is already in the early mid and certainly very clearly by the later part of the second century and established Christian belief, one that we don’t see any signs of development, but a belief that seems to have been there from the very beginning.

Of all the objections that can be raised to the virgin birth, we should point to the truthfulness of scriptures showing us that this was surprising to those in the first century. It would’ve been a hard thing for Mary to believe or a hard thing for Joseph to believe, but they trusted what God said by faith because it was an amazing thing for God to speak into this world and not just to speak but to send his own son. In fact, it was the most remarkable thing that had happened in human history to that point.

RELATED: The Answer You Never Thought of to the Question, ‘Mary Did You Know?'

Should we not expect maybe something amazing to happen when God the Son comes to earth and takes the form of a child to rescue his people? This was a statement that was surprising to Mary and to Joseph and one that took faith on their part to believe. That’s the same message that confronts us today and the same response as called for by us, is a call of faith to believe that God has sent his son in a supernatural way to redeem us from sin."

YOU MAY ALSO LIKE: 10 False Versions of Jesus People Are Falling For