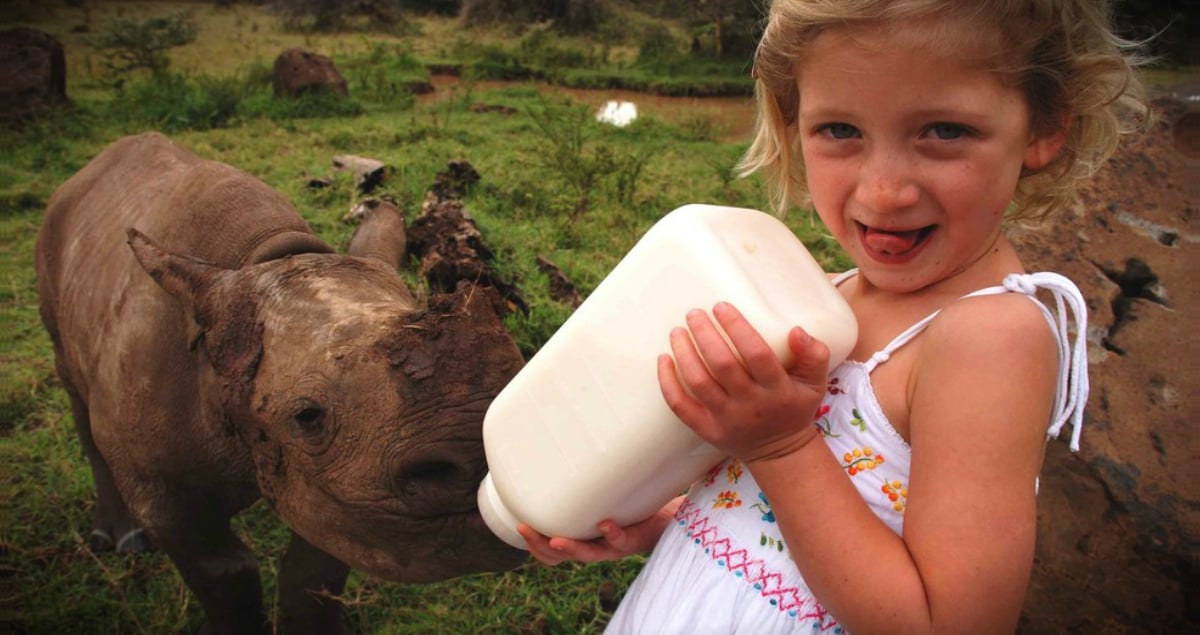 This Dad Found A Note After A Couple Kept Staring

Have you ever had the feeling that someone was watching you? That’s precisely the feeling Kevon Smith, Sr. got while eating breakfast at Cracker Barrel with his baby boy. An older couple in the restaurant kept staring at him and his son — staring that possibly started the moment Kevon and his son pulled into the parking lot. Kevon shrugged it off until he got to his car and the dad found a note from the couple. And what it said was quite a surprise! 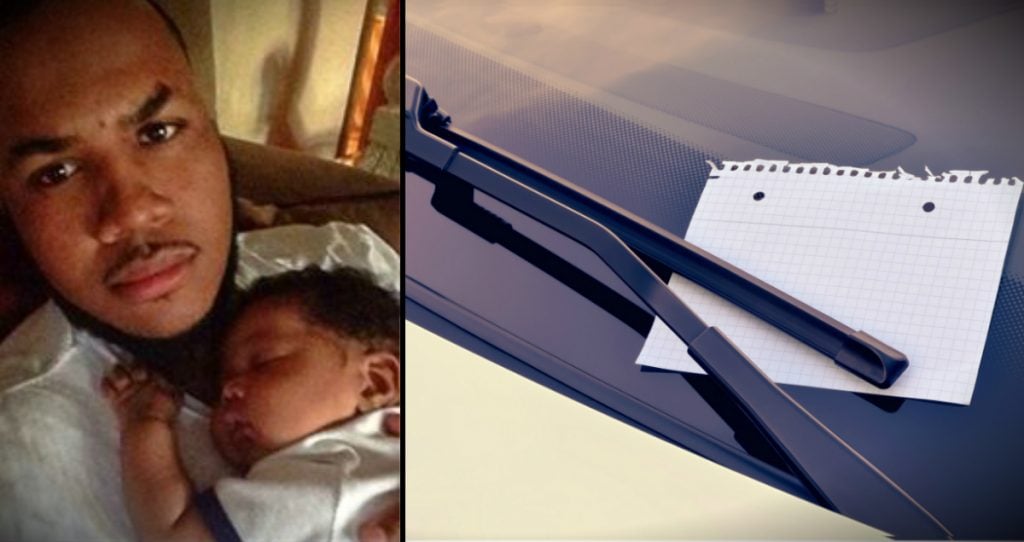 As the Ohio dad enjoyed breakfast with his infant son, Kevon, Jr., he couldn’t help but wonder why one couple couldn’t seem to keep their eyes off of him.

“I noticed this older couple over in the corner. They kept smiling at me and I was looking at my son like- what is going on?” he said.

RELATED: Strangers staring at a girl with Down Syndrome shock her mom with loving words of kindness 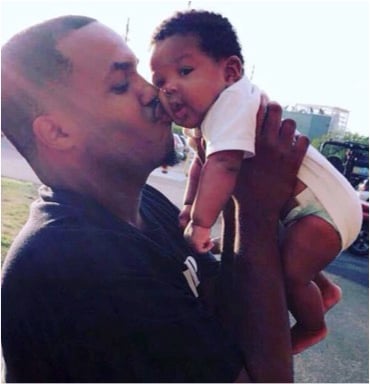 Well, he didn’t have to wonder for very long.

The reason for the couple’s stares became clear when Kevon left the restaurant. The dad found a note from the couple on the windshield of his car. Perhaps they had even been watching Kevon through the window from the moment he and his son arrived at the restaurant.

The note read, in part:

“Today your meal is on my wife and me. Enjoy that baby boy as long as God intends. Keep doing what you’re doing. The Masons.” 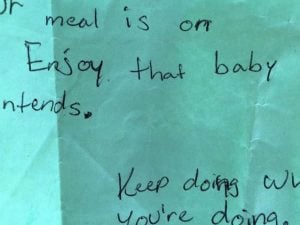 Along with the note was enough cash to cover the father and son’s meal.

RELATED: A stranger leaves a powerful note for a father dining with his daughter

Signs Of A Job Well Done

For Kevon, the act of kindness had a greater impact than the Masons likely expected. His own father was absent for most of his childhood. And so, on the day Kevon, Jr. was born, Kevon, Sr. had made a promise to be a present and good dad.

Therefore, the unexpected praise from the elderly couple meant a lot to him. 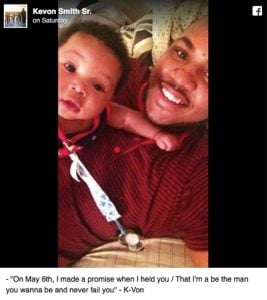 And the sweet dad isn’t taking the Masons’ generosity lightly. He knows that when God blesses us, He expects us to bless others in turn.

“I’m definitely going to make sure I’m paying it forward,” he said. “I get blessed. I want to bless someone else.”

RELATED: A stranger slips a struggling mom a note and $100 at the doctor’s office

Human fathers can fail us, but our Heavenly Father never will. He can heal our past hurts, and mold us in to the people He has called us to be. Kudos to Kevon for answering God’s called to be a better father. And kudos to the Masons for taking the time to acknowledge his efforts with a spontaneous act of kindness!

“In the same way, let your light shine before people in such a way that they will see your good actions and glorify your Father in heaven.” Matthew 5:16

A dad had a reality check for his rude son when he told a new mom to ‘shut that thing up!’ 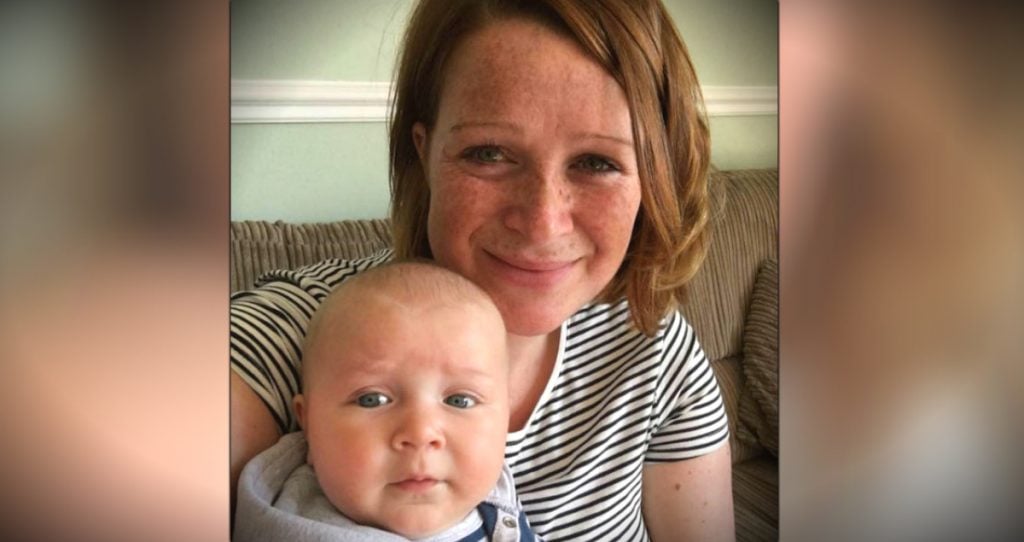