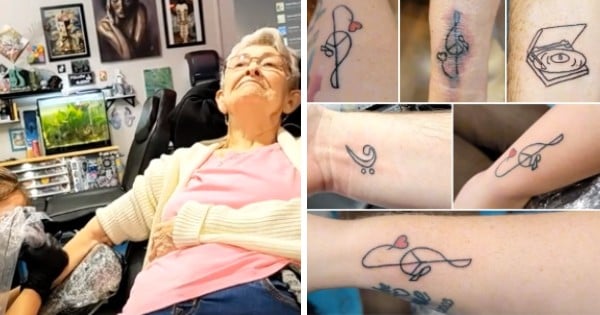 A dad sings The National Anthem impromptu at a high school basketball game after the sound system fails. And the talented man not only stunned the crowd with his amazing voice but saved the day in this positive news story, too!

Trenton Brown was just one of many spectators ready to cheer on the Waverly High Tigers as they faced off against the Portsmouth West High Senators in West Portsmouth, Ohio.

RELATED: Teen Was Leaving Football Practice When He Heard The National Anthem Chords Start To Play

But he was also the hero of the day. This dad sang a flawless version of The National Anthem on the fly that had the whole crowd cheering!

As the two high school basketball teams lined up for The National Anthem, something went wrong. A recording of The Star-Spangled Banner was supposed to start playing. But the speakers blared nothing but silence instead.

After several awkward moments of silence, it became clear the sound system was having some technical difficulties. And that’s when Trenton Brown received a nudge from his wife.

And sing he did!

Dad To The Rescue

Though this dad sings and plays music in his spare time, he’d never performed The National Anthem solo. It’s challenging enough to sing along with the music. So to do an impromptu, a cappella performance with no warning — that’s impressive!

God clearly put Trenton Brown in the right place at the right time to save the day. Johnny Futhey, who’s son is teammates with Trenton’s son, filmed the incredible moment.

“He brought about everyone in the gym to tears when he saved the day by standing up in the crowd and singing the anthem,” Johnny said.

Johnny also said the video only captured Trenton’s voice. But he says the whole crowd also joined the dad in singing the National Anthem, making for a beautiful, spontaneous moment.

“I posted it because I was like, the world needs to see this,” John said.

YOU MAY ALSO LIKE: This Lauren Daigle National Anthem Performance At A Championship Football Game Is 1 Of The Best

We never know when God is going to call us on to use our talents. But when He does, let’s pray we all boldly answer the call just as this dad did!

“As each has received a gift, employ it in serving one another, as good managers of the grace of God in its various forms.” 1 Peter 4:10