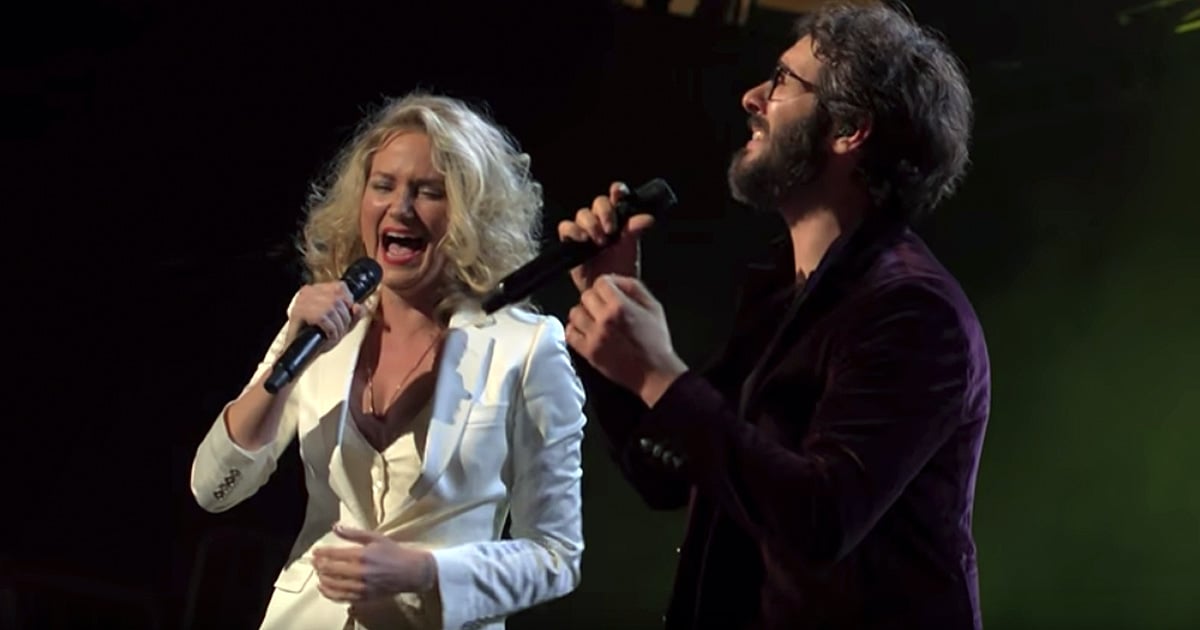 When wrestling championship officials realized there was no one to sing ‘The Star-Spangled Banner', 17-year-old Isaac Bryant stepped up to do it. And as the high school wrestler sings the National Anthem in this inspiring music video, he leaves the whole crowd in awe!

17-year-old Isaac Bryant was at the wrestling district championships in Ohio to compete. But as it turns out, God had been using Isaac’s passion for music to prepare him for this exact moment!

Isaac loves Hank Williams and has been singing for years. He even participated in his school’s choir. But on this particular day, he was at the national championship to wrestle.

RELATED: Teens Sing An Incredible A Cappella Version Of The ‘National Anthem'

While on the sidelines resting up before his big match, his friend shook him awake. The friend told Isaac of an announcement over the PA system asking if someone would be willing to step up and sing the National Anthem.

The 17-year-old high school wrestler sings ‘The Star Spangled Banner’ in the shower and had even joined in with the choir once. But he’d never publicly performed the song solo. He could have let the nerves hold him back. But instead, Isaac followed the advice given in 1 Peter 4:10:

“Each of you should use whatever gift you have received to serve others, as faithful stewards of God's grace in its various forms.”

And so, Isaac volunteered.

Using the talent God gave him, the high school wrestler sings the National Anthem lyrics in a smooth, baritone voice.

O’er the ramparts we watched, were so gallantly streaming?"

And his incredible performance left everyone in awe!

A bystander was filming as the high school wrestler sings and shared the inspiring music video online. In no time, Isaac became a viral sensation.

Since going viral, Isaac has been getting all kinds of attention. It’s something that’s taking some getting used to for the humble, shy teen .

But as nerve-wracking as stepping up as a last-minute fill-in must have been, Isaac was glad to do it for his country.

“I’m an American,” the high school wrestler explained. “Anything I can do to help America and not worry about myself for a little bit, to help the stars and stripes, is the right thing to do.”

Isaac’s performance was such a hit, he was invited to sing in Washington, D.C. for the Medal of Honor recipients. We’re so glad this inspirational music video was caught on camera!

YOU MAY ALSO LIKE: Wrestler Does Something So Kind He Stunned the Crowd