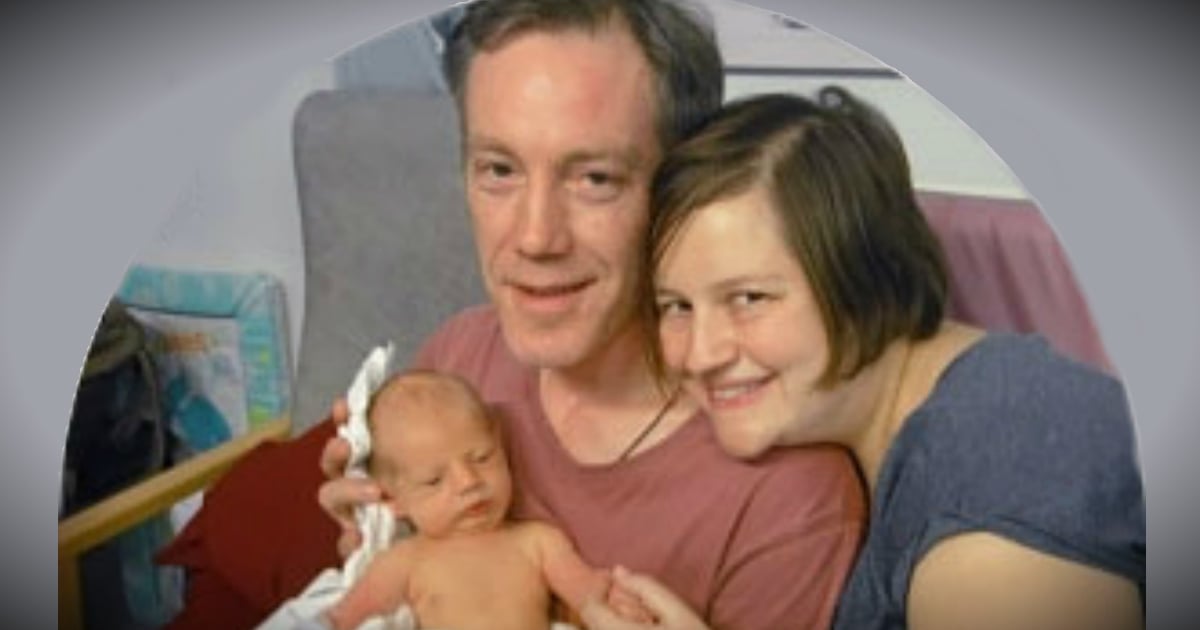 Like so many, Kelly Rose Joniec’s daughter owns a fidget spinner, the latest toy craze among kids. But when her daughter nearly choked to death on one of the pieces, the east Texas mom took to Facebook to warn others.

Typically, fidget spinners have a ball bearing in the center, with two or three propellors shooting off. Children hold them between their fingers, and can flick them to make them spin.

RELATED: Parents warn others after son swallows a button battery and nearly dies

They are marketed as stress relievers for people who have trouble with focus, such as those with ADHD, autism, etc. While opinions differ as to whether or not these claims are valid, the spinning toy has become all the rage among children in general. But when one mom’s daughter nearly choked to death, she wanted others to know the risk these toys can hold.

Kelly’s daughter, Britton, was playing with her fidget spinner on the way home from a swim meet. That’s when Kelly heard “an odd retching noise” from the backseat.

“Looking back in the mirror, I saw her face turning red and drool pouring from her mouth – she could utter noises but looked panicked so I immediately pulled over,” Kelly wrote on Facebook.

It turned out Britton had decided to clean her fidget spinner by putting it into her mouth. When she did, a metal part from one of the propellors came loose, and the girl accidentally swallowed it.

Kelly tried the Heimlich maneuver with no success. So, she rushed her daughter straight to the hospital. X-rays confirmed part of the spinner was lodged in Britton’s esophagus. 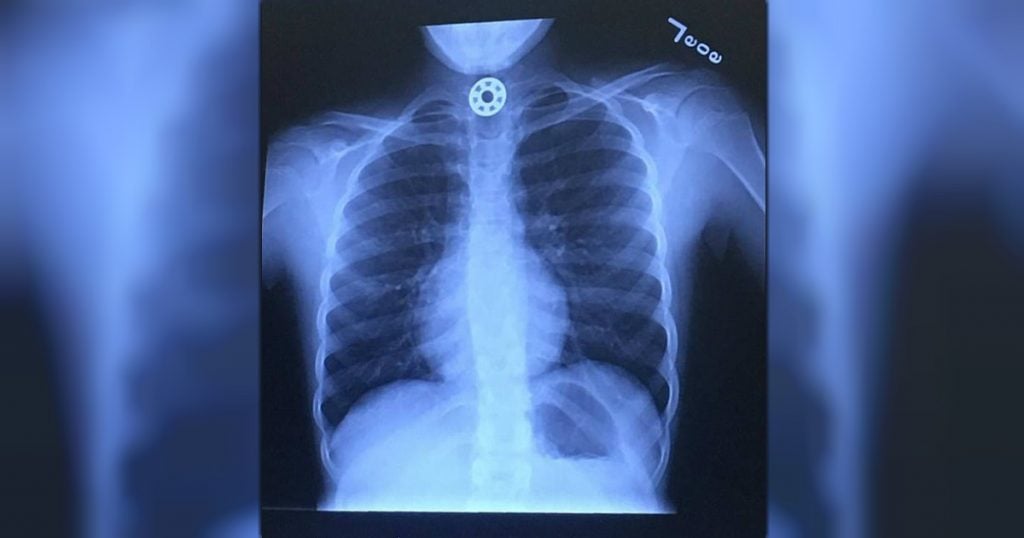 In order to get the toy out, doctors would have to perform surgery. There was some difficulty in placing an IV, and Kelly says the entire experience was very tense and stressful.

Thankfully, Britton’s surgery went smoothly. But the close call made a big impression on Kelly.

“Fortunately we had a positive outcome, but it was pretty scary there for a while,” she wrote. “Not only because of the initial ingestion, but the concern about the composition and structure of the object, and finally, the risk with general anesthesia.”

So, Kelly took to Facebook to warn other parents about the potential danger of fidget spinner toys.

“Kids of all ages may be getting them, but not all spinners come with age-appropriate warnings. The bushings pop out easily, so if you have young kids (under 8 yr old) keep in mind that these present a potential choking hazard.”

Additionally, some teachers report that fidget spinners have become major distractions in the classroom.

So, please keep these risks in mind before allowing your child to play with a fidget spinner. And be sure to share this story so others are able to do the same!

YOU MAY ALSO LIKE: Arkansas family uses their story to remind others to check for snakes under kids’ toys in the yard 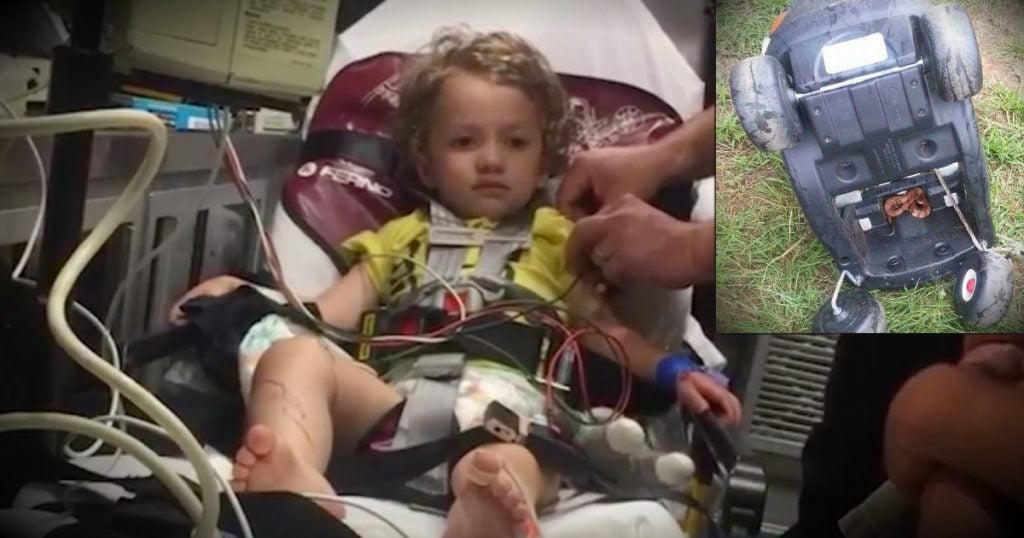