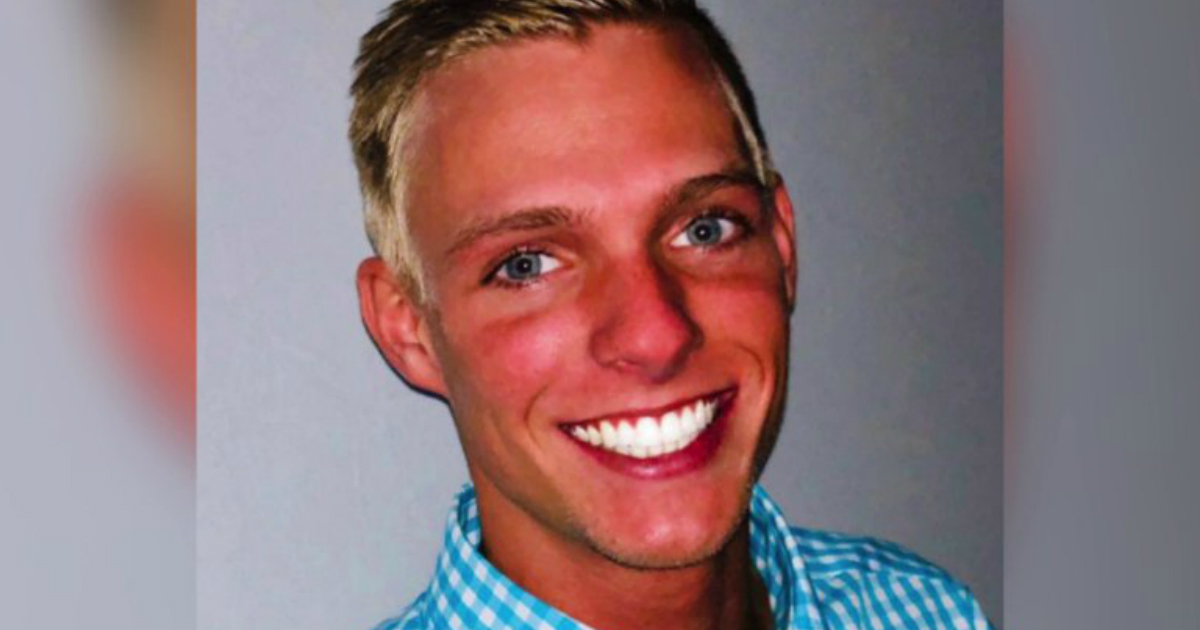 Just two weeks after bringing him home, Lucy Kendall’s newborn son was back in the hospital fighting for his life. And she couldn’t believe the cause — the herpes simplex virus. So, this mom put out a cold sore warning on social media to alert other parents of this serious threat to babies.

The first two weeks of having baby Oliver at home was bliss. But then, Lucy Kendall and her partner, Jaz, noticed an alarming change in their tiny son.

“He slowly stopped drinking milk throughout the night and started up with a temperature,” Lucy said.

At first, Lucy suspected the new formula she’d fed Oliver could be the problem. She had Jaz make an emergency run to get the other kind. But even after he returned with the “tried and true” formula, Oliver still wouldn’t eat.

That’s when mother’s intuition started sounding all kinds of alarms.

"My mother’s instinct then kicked in and because I felt Oliver was dehydrated I decided to take him to the hospital,” Lucy recalled.

And thank God they didn’t delay!

Once at the hospital, Lucy and Jaz experienced every parent’s worst nightmare as doctors spent the next 8 days trying to figure out what was wrong with their son. It was terrifying watching hospital staff hook their baby boy up to all sorts of machines and tubes.

"Me and Jaz sat in the emergency room and just cried because we thought Oliver was going to die," Lucy says.

"We were told the symptoms were from a virus called the kiss of death – but it can be from touch as well,” Lucy explained.

Doctors explained the common cold sore was to blame.

“The doctor began to explain the herpes simplex virus can be passed onto a newborn baby if a person has a cold sore and kisses the baby or touches the baby after touching the cold sore,” Lucy said.

It’s crazy to think something that’s just a painful nuisance to adults can actually kill an infant.

Even with a diagnosis, Oliver wasn’t out of the woods yet. He spent 21 days total in the hospital fighting for his life and undergoing terrifying procedures like platelet transfusions and sepsis checks.

Once doctors finally released him, they sent him home with six months worth of antibiotics and his parents must bring him back for regular checks to ensure the virus didn’t spread to the brain, which can cause meningitis.

All is well now that little Oliver is back home. But Lucy knows all too well just how blessed her family is. Neonatal herpes has earned the nickname the “kiss of death” because it proves deadly for so many babies.

"We felt like the luckiest parents in the world,” Lucy said. “We now want to make sure people understand how this can be contracted – not just by kisses."

RELATED: After A Kiss Killed Their Baby, They Are Warning Parents Everywhere

And that’s why Lucy and Jaz felt compelled to share their story and spread a cold sore warning to other parents.

The doctor explained that when cold sores are at their most contagious after they burst. They remain contagious until fully healed. And while contagious, adults can easily pass the virus on to newborns and toddlers. This can happen either with a kiss or by touching the cold sore and then the baby.

So, be sure to keep anyone suffering a cold sore away from babies. And as hard as it is to resist kissing babies, it’s safest to wait until they are older and to avoid kissing them on the lips.

Be sure to share this story with others so they can be aware of the serious danger cold sores pose to babies!

YOU MAY ALSO LIKE: Mom's Warning After Baby Catches Meningitis From Shopping Cart