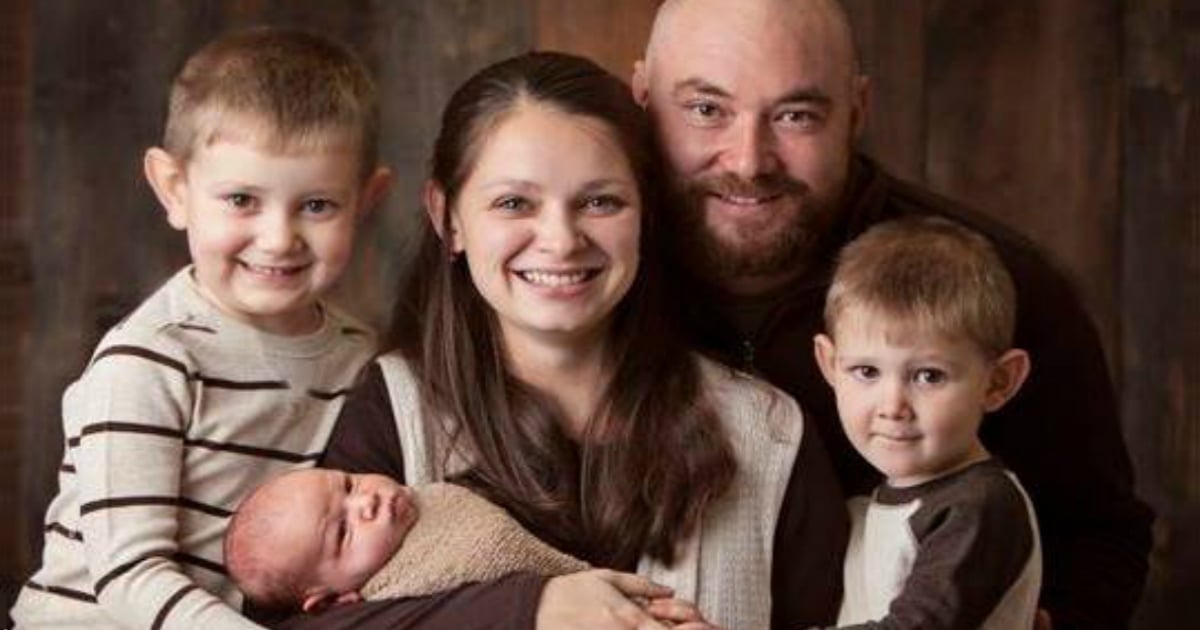 A fun day at the ball field quickly turned terrifying when a Tennessee mom lost her finger after grabbing onto the metal fence. And now, Chelsey Brown wants to warn others so the same thing doesn’t happen to them. 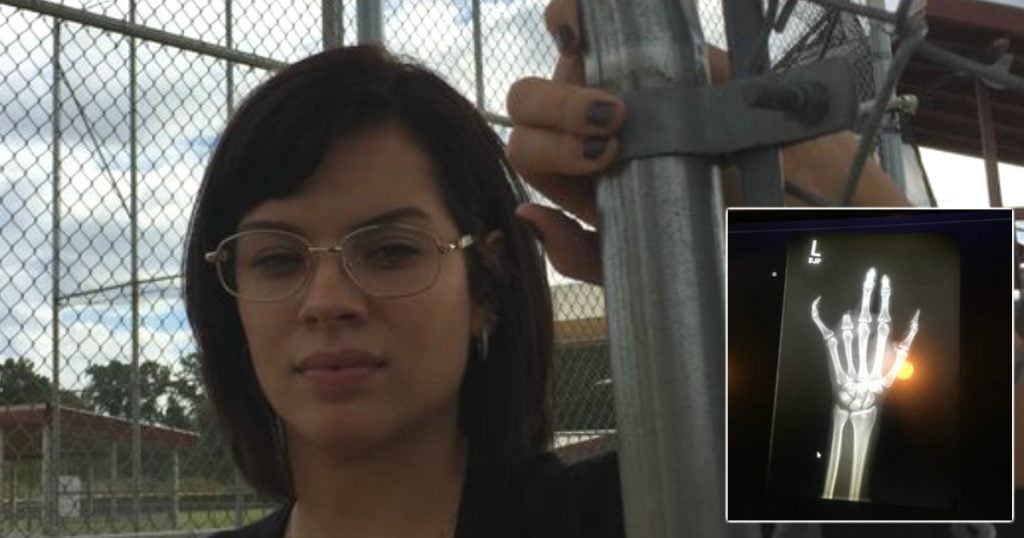 Chelsey and her Army husband were watching their 3-year-old son’s tee ball game when the freak accident occurred. As Chelsey jumped up to cheer for her son’s team, the “Lake Monsters,” she grabbed onto the top rail of the chain link fence in front of her.

When Chelsey went to get down, she felt some pain as her left ring finger caught on the fence. She expected to see a cut from her wedding ring. But when she looked down, she saw the horrific truth — her finger had ripped off all together!

“When I hopped down, my wedding ring got caught on this little piece of metal sticking out here, so when I hopped down my finger did not come with me,” she said. “I looked down and it was just gone.”

Completely shocked, Chelsey feared she’d bleed to death. Her husband, Kyle, ripped off his shirt and wrapped it tightly around her hand in an effort to stop the bleeding. As they headed for the car, a nurse at the game came running over. She helped fashion a makeshift tourniquet.

As they rushed Chelsey to the hospital, a family friend retrieved her finger. Unfortunately, the tendon, blood vessels and nerves in Chelsey’s hand sustained serious damage. As a result, there was no way to reconnect it and Chelsey lost her finger for good.

As a bank teller, Chelsey is having to adjust to having nine fingers instead of ten. She wears a bandaid to cover the stump and participates in physical therapy.

"There's a lot of stiffness in there, and other than that, the phantom pain was definitely the worst," she said. "It would feel like my finger was throbbing or it would feel like my knuckle needed a crack. There was that same pain from when it first happened, and there was nothing I could do at all."

Instead of deploying that night as originally planned, Chelsey’s Army husband stayed behind to support her as she healed. And Chelsey feels blessed it wasn’t worse.

"I feel like I'm adjusting well," she said. "I'm a really strong believer in ‘everything happens for a reason,’ even though I may not know what that reason is for now."

But she also doesn’t want anyone else getting hurt. And that’s why she’s hoping her story will warn others to be careful around metal fences, especially if there are any breaks in them. 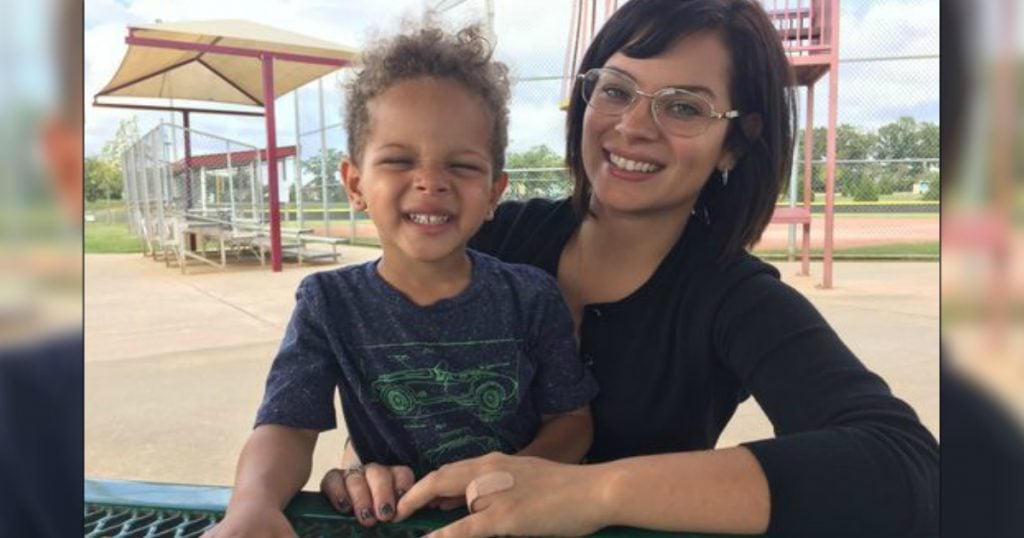 "I just don't want that to happen to anybody else," she said. "Some of [the fences] do have a gap that need to be fixed. There's kids out here that could fall and hit their eye, hit their head."

But Chelsey isn’t going to let the traumatic event stop her from cheering on her son. She continues to go to his games, even at the same field where her accident occurred. For now, she’s wearing her wedding ring on the other hand. But she’s considering wearing it on a necklace from now on.

YOU MAY ALSO LIKE: Mother Warns Others After Fidget Spinner Nearly Kills Her Daughter 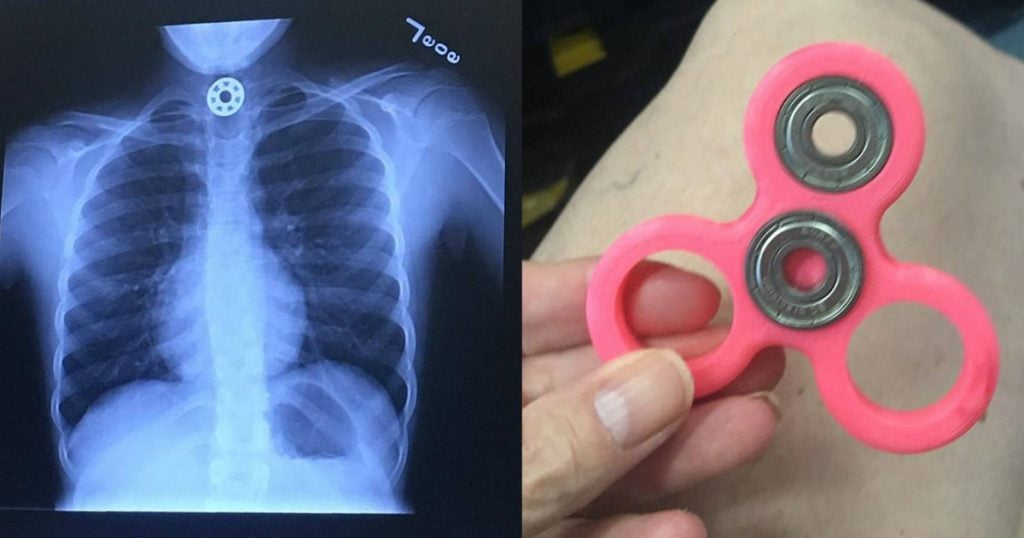