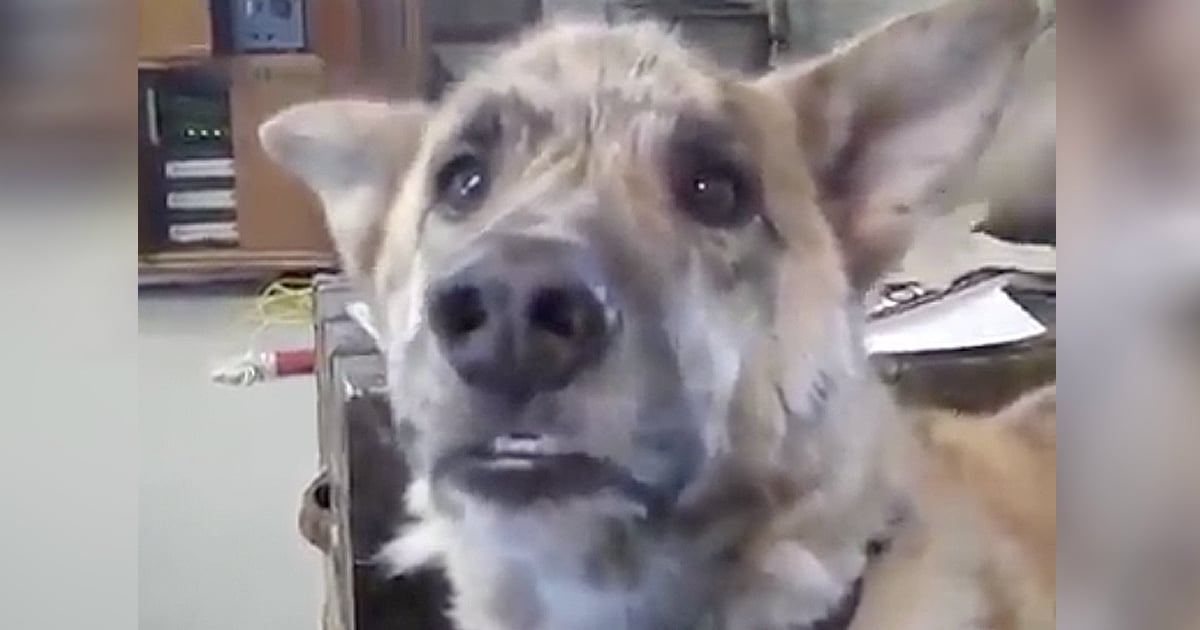 An animal rescue group got a call about a dog with a pig face. The story behind his appearance is heartbreaking, but the happy ending after his rescue is truly inspiring! (If you’d prefer to listen to the audio version of this story, scroll to the end of this article to find the podcast version below!)

The angels at Animal Aid Unlimited believe all animals matter, not just those blessed with loving homes. They operate out of India, where there is an estimated 35 million stray dogs left to fend for themselves.

RELATED: Construction Workers Rescue A ‘Dog' That Isn't Actually A Dog At All

One day, a Good Samaritan called Animal Aid about a street dog with a pig face.

Rescuers showed up and discovered a dog with a severely swollen head. And the swelling did, indeed, leave him looking more like a pig than a dog!

Even though he must have been in so much pain, this dog with a pig face was friendly. He greeted the group of rescue workers cheerfully, though he wouldn’t let them touch him.

The group spent 20 minutes trying to earn the dog’s trust by feeding him treats. He happily accepted the food but still wouldn’t let anyone close enough to grab him.

So, the workers used a large net to capture him. They didn’t want to run the risk of the dog running away to the open fields where catching him would become nearly impossible.

Back at the Animal Aid facility, a team gave the dog with a pig face the medical attention he so desperately needed. Using a needle, they confirmed the problem. A huge abscess caused the severe swelling giving the dog a pig-like appearance.

The workers sedated the suffering street pup and performed a procedure to flush out and drain his huge abscess. Next, they stitched him back up and gave him the care and attention needed for a safe recovery.

The transformation is miraculous! Within two weeks, the dog with a pig face healed completely. And now, he looked like the handsome pup God had made him to be. 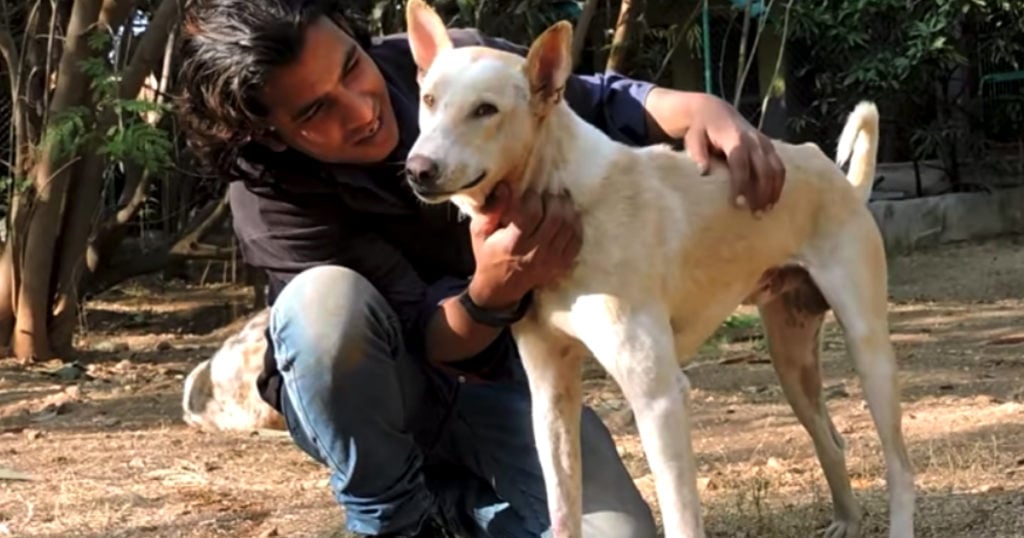 The relief from the pressure of the abscess must have felt Heavenly. But even better, this street dog got to experience love and compassion!

YOU MAY ALSO LIKE: Meredith Viera Joins A Heartbreaking But Hopeful Dog Rescue

If you’d like to watch the video of the dramatic rescue, please just be aware it contains graphic content and blood.