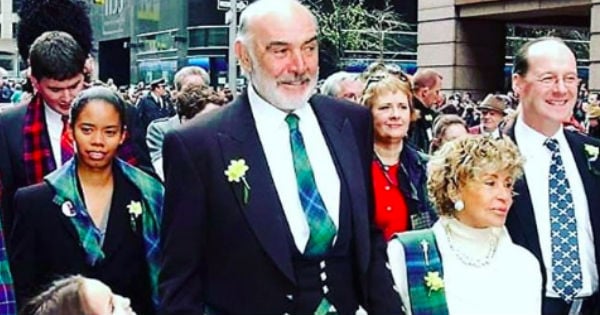 Get your Dolly Parton facts right from the country icon herself as the music legend sits down to answer the questions people ask Google about her.

She's a singer, songwriter, actress, author, and businesswoman. Powerhouse Dolly Parton has accomplished much in her illustrious career. That doesn't mean we know everything there is to know about her though. In a sit-down interview, Dolly Parton answers questions that people Google about her.

"I don't Google myself because I know what I'm pretty much up to and if I don't know, all I've to do is pick up a National Enquirer magazine." She laughs. "Yeah right."

The Internet can be a place for a lot of good and interesting questions. Luckily, the Christian celebrity didn't mind opening up and sharing all kinds of Dolly Parton facts!

She comically references the infamous mafia from HBO's hit television series and laughs. "You mean the mafia? No. But if you're talkin' about my voice, I would say I'm a soprano."

"That means very high and I'm a very high singer," she says musically.

The next question was – Is Dolly Parton country music?

If her accent doesn't give it away, she gives a straightforward answer.

"Well absolutely. I'm a country girl and I started out in country music. That's my favorite. Of course I like to think I can do all sorts of music now."

She has definitely experimented with other genres including "pop" which she mentioned, but her heart is in country music without a doubt.

One surprising question was – Is Dolly Parton godmother to Miley Cyrus?

"Well everybody knows that. Actually, I'd say I'm the fairy godmother of Miley Cyrus."

Another comical question later in the video – Can Dolly Parton cook?

"You better believe it. I'm a really really good cook. I'm not a gourmet cook. My food is not pretty, but it's good." She puts quite a bit of country emphasis on good. She's so funny.

The last question – Does Dolly Parton have a new album?

YOU MAY ALSO LIKE: Dolly Parton Has Jimmy Fallon In Stitches With An Odd Request

Dolly carries such positive energy and smiles for much of the interview. While we might not be searched by the Internet as much as her, this interview begs the question, do some of the people in our lives have burning questions that would like to ask us?

WATCH: Dolly Parton Shares All Kinds Of Facts About Herself