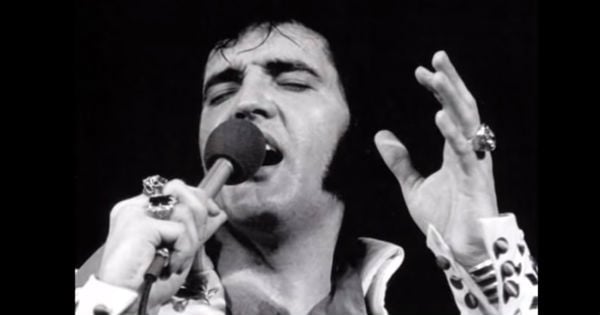 Before the days of Elvis being heralded as the "King of Rock and Roll," he was known for his love of gospel music. One of the songs that gained him attention was his recording of the hymn ‘He Touched Me'.

"Shackled by a heavy burden

Need the Lord again and shame

Then the hand of Jesus touched me

And now I am no longer the same

He touched me and what a wonderful joy

What wonderful joy that foods my soul

Something happened and now I know

He touched me and made me whole"

Elvis's powerful vocals have a tenderness in this song that's just heavenly to listen to. In the recording of the song, Elvis was backed vocally by The Imperials, Ginger Holladay, Millie Kirkham, and Temple Riser. The song was first released as a single in March 1972 and then released later that year as the title song of the album ‘He Touched Me.' Elvis received a Grammy award for this album, and he also achieved the title of Best Inspirational Performance for 1972.

Bill Gaither’s Story Behind His Most Popular Song

We owe the words and music of this popular hymn to the talented Bill Gaither. He wrote the song in 1963 after joining his friend, Dr. Dale Oldham, on various crusade meetings. While they were driving back to Gaither's home in Indiana, they conversed about how the Spirit of God was felt so deeply during the gatherings that they attended. Oldham also mentioned something to Gaither that stuck with him.

"One night after one of those meetings, Dr. Oldham said to me, ‘Bill, the word "touch" is a very popular word,'" Gaither recalls. "’It comes up so often in the New Testament stories about Jesus touching people's eyes and healing them or touching people's lives and changing them. It's a special, spiritual word and you ought to write a song that praises His touch.' So, I did."

YOU MAY ALSO LIKE: Elvis Presley | ‘Peace in the Valley’ – Story Behind Lyrics

After writing songs for many years, ‘He Touched Me' was the first song that Bill Gaither wrote that gained national attention. And many big artists, like Elvis, recorded it and made it even more popular with the American public. It's wonderful to see how this song has touched the hearts of so many people throughout the years, reminding us of the life-changing hope and joy that can be found in Jesus!

WATCH: ‘He Touched Me’ – Elvis Presley