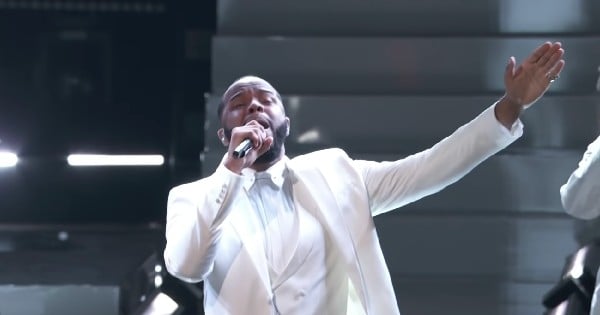 Talented 4-year-old Emma Sophia is in the hills of Ireland, singing an amazing rendition of ‘You Raise Me Up’ you don’t want to miss!

Emma Sophia is a VERY talented toddler. The internet fell in love with her when she was just three years old. YES. She could hold a melody when she was three too! Her parents recorded a video of her singing ‘Ireland's Call' and put it on Youtube.

RELATED: 4-Year-Old Sings ‘Amazing Grace (My Chains Are Gone)' And His Voice Is A Light In Dark Times

In no time, the little performer was a worldwide hit!

Little Emma fell into stardom and recorded weekly videos of The Emma Sophia Show with her family. Her innocent jokes and incredible talent comforted her audience while stuck inside because of Covid-19.

‘You Raise Me Up,' along with most of the songs Emma Sophia sings, is a classic. The Norwegian-Irish duo, Secret Garden, wrote the song in 2002. Josh Groban released his cover of the song in 2003, bringing the beautiful melody to the rest of the world. His version won a Grammy in 2005.

Since then, the song has been recorded by hundreds of musicians and remains a popular Irish tune. Other recordings have also been nominated for a handful of different awards. The music is beautiful, AND the lyrics inspire faith and hope.

“You raise me up, so I can stand on mountains

You raise me up, to walk on stormy seas

I am strong, when I am on your shoulders

You raise me up to more than I can be”

The lyrics speak to God's ability to lift us up, no matter where we are in our lives. His power lets us cast our worries aside to live according to His Word.

Emma Sophia does a beautiful job performing among the sights of Ireland. Even though she is just a little thing in those rolling hills, her performance demands my attention — and love!

Emma Sophia and her talent are a blessing!

YOU MAY ALSO LIKE: 4-Year-Old Belts Out Frank Sinatra's Classic ‘My Way'

“The LORD upholds all that fall, and raises up all those that be bowed down.” Psalms 145:14

WATCH: 4-Year-Old Emma Sophia Stuns With ‘You Raise Me Up’