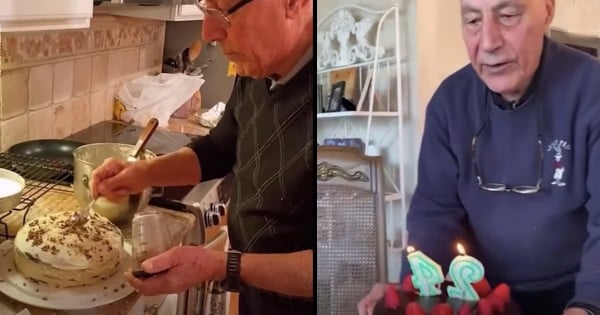 God can certainly work in mysterious ways. When Patti Baker lost her husband, she bought a bungalow in Waco, Texas and enlisted Chip and Joanna Gaines for getting her new home ready. The Fixer Upper widow was preparing for a fresh start as a single woman, but she had no idea of the amazing blessings God had in store!

Patti and her husband, Robert, enjoyed 37 lovely years of marriage. But then, in 2013, cancer claimed Robert’s life and left Patti heartbroken. She left their home in Albuquerque behind and moved to the East Coast for a time. But then she moved to Waco, Texas in order to be closer to her adult sons.

With the help of Magnolia Realty, a real estate company founded and co-owned by Chip Gaines, Patti found the perfect bungalow to start the next chapter of her life. Though the home definitely needed renovations, she never dreamed Chip and Joanna Gaines would choose her for the final season of HGTV’s Fixer Upper.

“I thought ‘there's not a chance in the world that I get picked,' " she says.

But to Patti’s surprise, HGTV selected her home and demo started in December of 2016!

Working With Chip And Joanna

Patti moved in with one of her sons while Chip and Joanna transformed the bland bungalow into a lovely cottage-style oasis.

And of course, Patti raved about what a delight it was to work with the HGTV sweethearts (to no one’s surprise!).

"They are exactly how you see them on TV,” she said. “They're so down to earth - what you see is what they are.”

And it wasn’t just the Gaines’ charm that made the whole renovation process so special. The thoughtful couple found ways to incorporate the Fixer Upper widow’s late husband into the redesign, with Chip going out of his way to include the couple’s sons.

"To watch that man with Keith and Karl and how he interacted with them, out of honor to their dad, and talked about the importance of being a dad, and how proud their dad would be - family is so important to that couple," Patti raved.

The big reveal took place in March 2017, and the finished product blew Patti away.

“It took my breath away to walk in the house,” she says.

But in the time between the big reveal and the show’s air date (January 2018), God surprised Patti in a big way!

Patti was tickled pink with her new home. And several months after settling in, she decided to show it off to an old friend, Pastor Finfrock, whom she reconnected with at a graduation party.

A widower himself, Pastor Finfrock had known the Baker family since 2009. And when the two bumped into each other at the graduation party, there were sparks.

"There was a connection," Patti says.

So, the pastor, who lives about three hours from Patti’s bungalow, made a trip to see her new digs.

At first, Patti assumed it was just about two old friends catching up.

“I thought it was a pastoral visit, but I wanted it to be something more,” she said.

But as it turns out, Patti wasn’t the only one feeling a spark.

RELATED: A Divorced Mom Learns How To Be Loved Again And Shares Her Story

After taking Pastor Finfrock on a tour of the town, he took a seat on the couch in Patti’s gorgeous home and popped the question!

“It was beautiful,” Patti says.

The two married in August, and Patti’s two sons walked her down the aisle.

Patti thought she’d be spending her next chapter single and in her new Waco home. But God had other plans!

After getting hitched, Patti moved in with Pastor Finfrock, bringing some of the special decor and furniture, including a table crafted by Clint Harp, with her. And while the Fixer Upper widow certainly never expected to be putting her newly renovated bungalow back on the market, she’s doing it for the best reason — to follow her own “happily ever after” love story!

“The plans of the heart belong to man, but the answer of the tongue is from Yahweh.” Proverbs 16:1