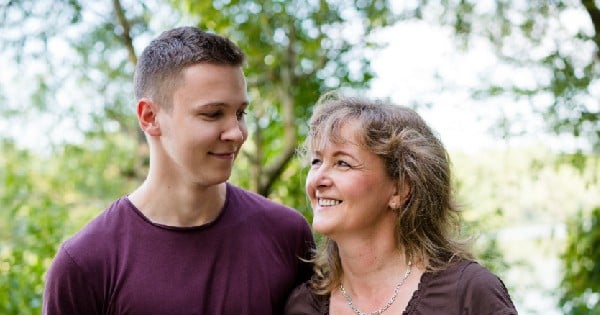 This Mom Is Dying. And Her Final Wish May Be The Most Touching Thing I’ve Ever Heard.
Read Article »

Iris has a little furry companion named Thula, and Thula serves has her daily inspiration â€" not only for her artwork but also in overcoming everyday challenges.

Thula is almost one year old. Her breed is a Maine Coon, and she seems to be a match made in heaven for Iris. Thula’s kind is known to be smart gentle giants, and the two have already formed an unbreakable bond.

But the search to find Thula wasn’t an easy one. After so many disappointments Iris’ mom Arabella Carter-Johnson almost gave up on finding an animal friend for her daughter. That all changed when the family had to cat-sit for a close relative. Iris and the cat bonded, and Iris mother had a renewed sense of hope.

“It wasn’t advised to get a therapy animal, but when you research autism, there are stories that come up from time to time about the wonderful effects that animals can have on a child with Autism,” said Arabella.

“We took Iris to Equine therapy but she didn’t seem very interested in horses at that time. Then I began to think about a therapy dog.”

“Iris and the dog didn’t get along. Iris hated being licked and hated the tail wagging. The hyperactivity of the dog would upset her. So, for a while, I gave up on the idea.”

“By this point I was getting sick of the idea. I couldn’t carry on with trialing out different animals, it wasn’t fair on anyone and not helping Iris at all.”

“Then my brother’s girlfriend needed a place for their cat over the Christmas holidays and we offered to look after her while they were abroad. She was a beautiful Siberian and Iris connected immediately with her.”

“It was then I realized that I just hadn’t found the right animal yet. So, it took us a long time and a lot of trial and error trying out different options, but we got there in the end,” Arrabella said.

Now Iris is thriving in her day-to-day activities because of Thula.

“Iris is more active first thing in the morning now. Before Thula, it was always hard to get the day going. She is easier to get engaged in activities and there have been changes out on our bike rides.”

“Thula has lowered Iris’ daily anxieties in life and keeps Iris calm, but equally has the effect of encouraging her to be more social. She will talk more to Thula, saying little phrases like “sit cat,” Iris’ mom continued.

“Whatever activity we are doing Thula is there and wants to help and be involved. Waterplay, playdoh, painting, bike rides, iPad, puzzles, marble run, drawing. She offers Iris her companionship, friendship and supports me in encouraging Iris to interact.”

“Iris has been through a stage over the last year of hating baths and having her hair washed. Thula has been getting in the bath tub with Iris and even letting me shampoo her as well to help Iris.”

“Thula isn’t a trained service or therapy cat but I have done certain things. I got her used to wearing a harness when she was a kitten and riding in the car and on the bike. The rest she does on her own,” said Arabella.

It’s a wonderful thing to have a friend that will stick close by your side. We are so thankful that God had His perfect timing in mind when choosing Thula for Iris, and Iris for Thula. This just goes to show that if we wait on Him, we will receive His very best.