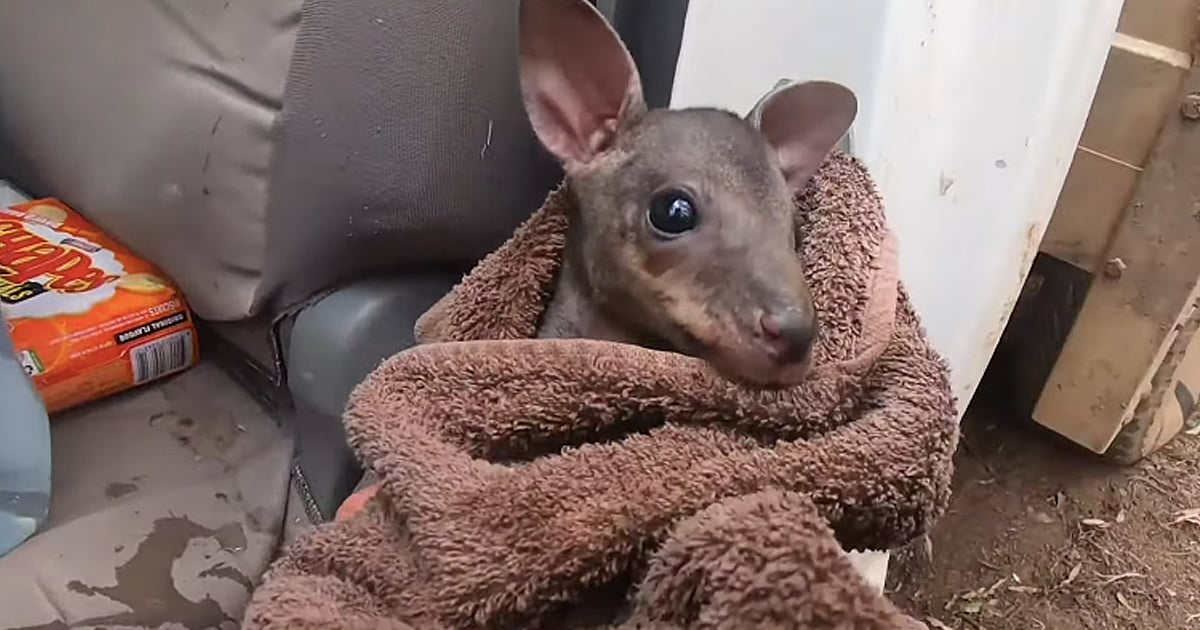 Seeing a green puppy born isn’t something that happens every day. So, it’s no wonder it came as a complete shock to Shana Stamey when one little guy from her white German shepherd’s litter of 8 puppies came out bright lime green!

Shana Stamey of North Carolina and her family knew their white German shepherd, Gypsy, was having puppies. But they didn’t know God had a special surprise in store for them all!

RELATED: Golden Retriever Puppy with Tail on Head Dumped for Being Different But Everyone Else is in Love

After Gypsy delivered 3 of her pups, Shana watched in awe as a green puppy was born.

“I started freaking out because it was green,” she recalled.

Indeed, this lime green puppy certainly stood out among his 7 siblings. But after some research, Shana learned the lime green tint was nothing to worry about.

The surprise blessing quickly earned himself the name Hulk after showing off his aggressive appetite.

"He was lime green and super mad,” Shana explains, “So yeah, he became Hulk.”

How Is A Green Puppy Born?

While the green tint is certainly a rare occurrence, Hulk isn’t the first green puppy ever born. And the culprit behind this rare phenomenon is believed to be biliverdin.

Biliverdin is the green pigment found in bile and the same thing that causes bruises to turn green. Veterinarians suspect biliverdin from the placenta dislodges during the birth, mixing with the amniotic fluid. The fluid stains the puppy’s coat and voila — a green puppy is born!

The puppy won’t stay green forever. Eventually, the tinted fur will fade and grow out. But it’s one of those bizarre stories that makes the miracle of birth even more miraculous!

Other Instances Of Green Births

Even though cases like Hulk’s are pretty rare, several other instances of green puppies have hit the news, too.

Back in 2017, a golden retriever in Scotland gave birth to a wee green pup.

“It was all hands on deck, but then as the puppies started to arrive,” owner Louise Sutherland Sutherland said. “We noticed that one of the puppies had green fur! We couldn’t believe it.”

After the green puppy was born, Joanna named her Forest. 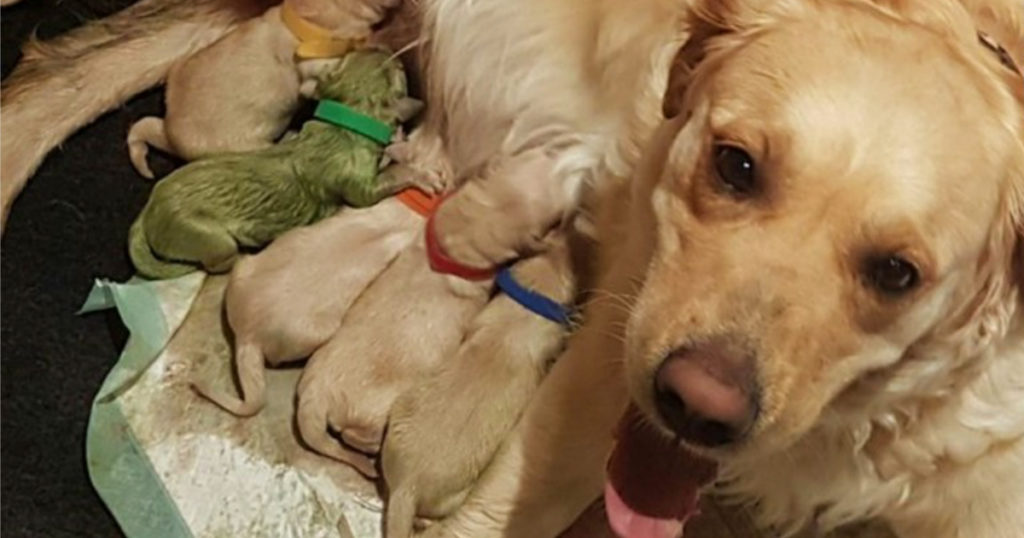 In 2019, another golden retriever gave birth to a green puppy in Germany. And the dog’s owner Joanna Justice had a reaction similar to Shana Stamey’s.

"I was very worried at first when he was born,” she said. “But we are pleased all nine puppies are well.”

Another green puppy was born in 2019 in Colorado, but this time to a Great Dane.

At first, owner Caddy Williams didn’t realize this little girl, who she ended up naming Verdant, was any different. But then she got quite a surprise when taking a closer look!

YOU MAY ALSO LIKE: 15 Bizarre Stories That Couldn't Possibly Be True But Absolutely Are

"It was dark," she said. "So I finally got out my phone flashlight - and she was green!"

God’s creation is truly incredible and never ceases to amaze me!