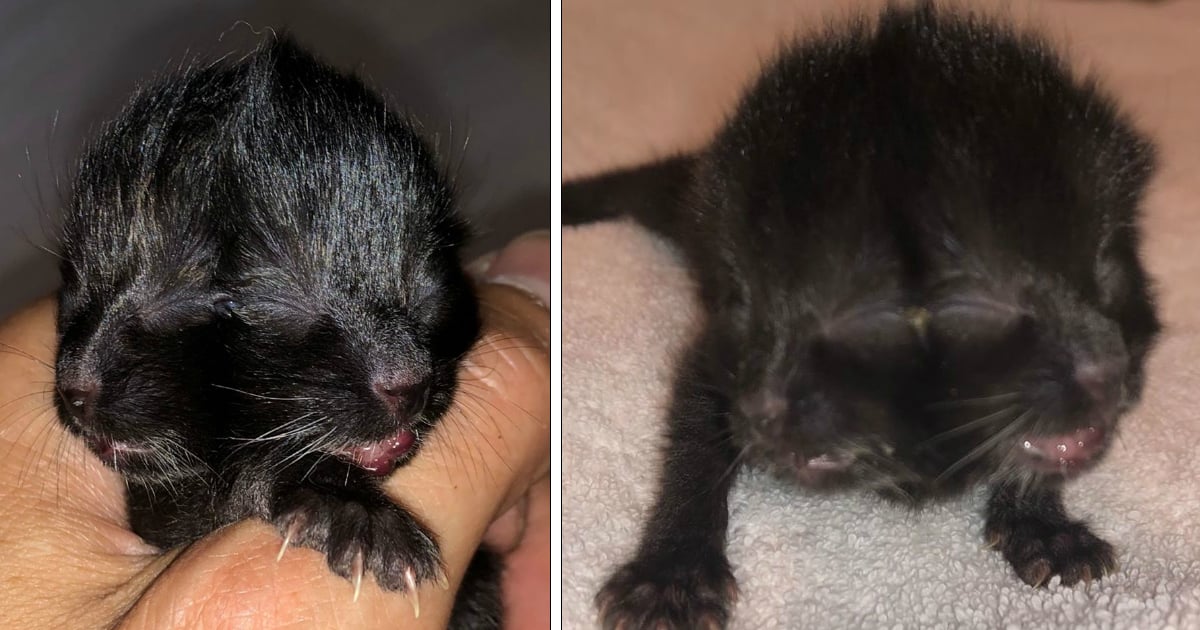 Narwhal, a Golden Retriever puppy with a tail on his head, was born different from other dogs — but he doesn’t know that! And this sweet little guy’s unique trait is melting hearts all over the world.

Due to a rare birth defect, Narwhal came into this world with one extra Golden Retriever puppy tail — on his forehead!

Most folks across the Internet are seeing it as an adorable quirk. But sadly, Narwhal’s original owner didn’t.

Rescuers in Missouri found Narwhal outside in the freezing cold in early November. He’d been dumped, presumably because of his extra tail.

But that’s ok. God had the perfect place for this special Golden Retriever puppy!

Rescuers used social media to tag a local organization called Mac’s Mission for help. It was the perfect place to take in the abandoned Golden Retriever considering the non-profit group “specializes in special”.

"I melted," said Rochelle Steffen from Mac’s Mission, who is fostering the pup, about seeing him for the first time. "I literally smiled so big because he lights up the entire room with how happy he is. His butt tail never stops wagging - too bad his face tail doesn't wag!"

Rochelle and the other loving folks at Mac’s Mission decided this special Golden Retriever puppy with an extra tail deserved an equally special name. And so, since the tail sits on the forehead in the same place as a horn, they chose “Narwhal the Little Magical Furry Unicorn.”

A visit to the vet showed that, aside from the heartache of being cast aside like trash, Narwhal was in pretty good shape. He had a small foot injury and worms but otherwise had no health concerns.

X-rays revealed that the Golden Retriever’s extra puppy tail wasn’t actually connected to anything. It is made of skin and fur and does not wag.

So, Mac’s Mission says it serves no purpose other than making Narwhal “the COOLEST PUPPY EVER!”

For now, the extra tail that turned Narwhal into an Internet star is staying put. There’s no medical reason to remove it. And he’s enjoying life with Mac’s Mission, where he will continue to be fostered by Rochelle until they decide he’s ready for adoption.

The organization is a small, grassroots group of people who work hard to rescue animals with special needs — the ones other shelters may be quick to euthanize because of their extra medical considerations.

While Narwhal doesn’t really have any health concerns, going viral with his unique extra tail has turned him into the poster child for "special is awesome."

And with all of the attention he’s brought to animals who are “different”, Mac’s Mission hopes to be able to help even more animals-in-need.

YOU MAY ALSO LIKE: Grieving Golden Retriever Opens A Box To Find A Puppy

What a wonderful example of how God can bring good out of any situation!