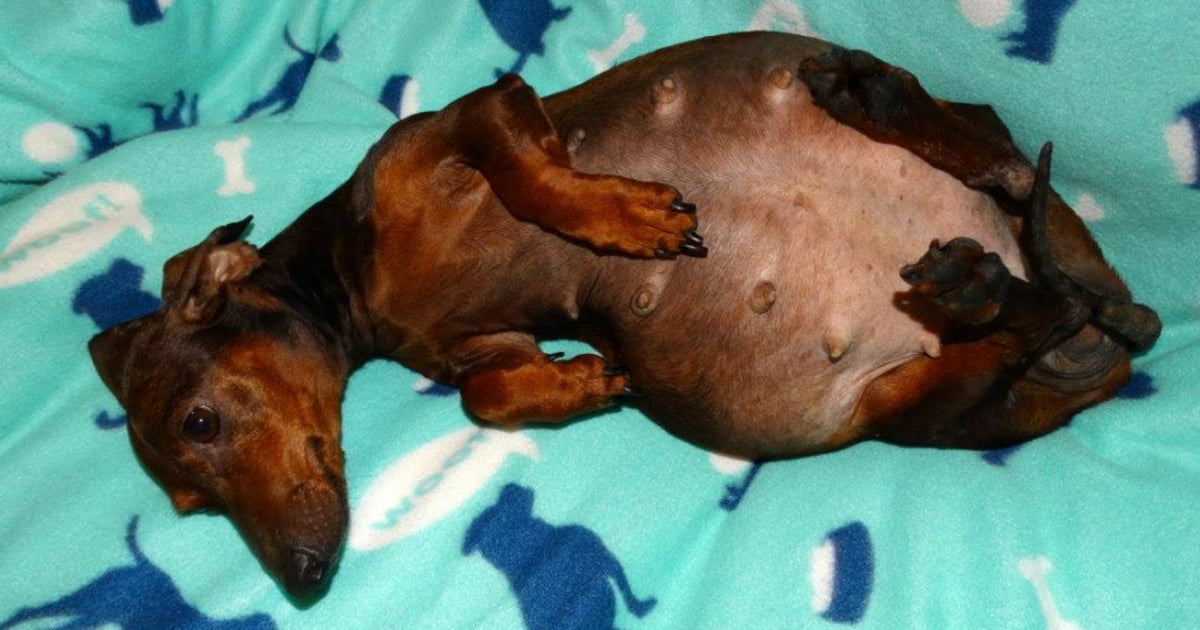 Duo is a cat with two faces. Her special condition makes life tough. In fact, even her own mom rejected her. But God put Duo into the perfect home with veterinarian Dr. Ralph Tran and she is thriving under his loving care!

Because of a congenital defect called diprosopus, Duo was born a cat with two faces.

RELATED: Family Knows God Gave Them Lucky, A Two-Headed Calf, For A Reason

The condition most likely would have resulted in death, especially since Duo’s mama rejected her. But God brought this little one the help she needed to survive!

Veterinarian Dr. Ralph Tran was in the middle of moving from New York to San Diego when he got a flat tire. While waiting for help to arrive, a friend texted him out of the blue to let him know her cat had just given birth to a "Janus kitten" — a cat with two faces.

This friend only lived 30 minutes from where Dr. Tran was stranded. So, once the flat tire was fixed, Dr. Tran headed over to see this special kitty.

"I really didn't know much about what condition she had," he said. "I assumed she was a typical Siamese twin, but she's not."

The condition called diprosopus causes craniofacial duplication. In other words, two faces on one body.

This little black cat with two faces, whom Dr. Tran named Duo, would never survive without round-the-clock human care. So, Dr. Tran agreed to come pick Duo up and give her all the love and special care she needed!

Both of Duo’s faces are completely operational. She has two mouths, two noses, and four eyes.

"Both her mouths meow separately, and both noses are fully functional," Dr. Tran says.

Duo looks quite different from your average kitty. And a cat with two faces usually only lives a few days. But with all of the affection and specialized care she’s received from Dr. Tran, Duo is beating the odds months after her birth!

Her condition keeps her from developing and growing as quickly as the typical kitten. But while it may take a bit longer, Duo is starting to do all the things her feline friends do — like running, walking, playing.

She’s even starting to eat out of a bowl, though figuring out how to feed two faces at the same time is presenting some challenges. Dr. Tran says much of the food ends up all over Duo instead of in her belly!

"She gets into conflicts about which mouth gets to eat, because both mouths want to eat," he explains.

Duo’s middle eyes will likely be removed once she’s big enough. That’s because it’s a source of infection and irritation for her. She also has to battle through things like possible seizures, respiratory infections, etc. But this little sweety doesn’t let any of that hold her back.

WATCH: Cat With Two Faces Is Beating The Odds

And that’s what makes this cat with two faces such an inspiration for us all. Despite her differences and the challenges before her, little Duo just keeps beating the odds.

God’s creations are truly amazing. And we’re so glad He brought Duo and Dr. Tran together.

"Raising Duo has been an incredibly rewarding experience,” he says, “and at the same time, incredibly challenging."

YOU MAY ALSO LIKE: 4 Baby Squirrels Adopted By Pusha The Cat Make For A 1-Of-A-Kind Family

No matter how long Duo gets on this earth, what a blessing to know it will be filled with love thanks to Dr. Tran!

To stay up to date on Duo’s progress and adventures, be sure to check out her Facebook page.