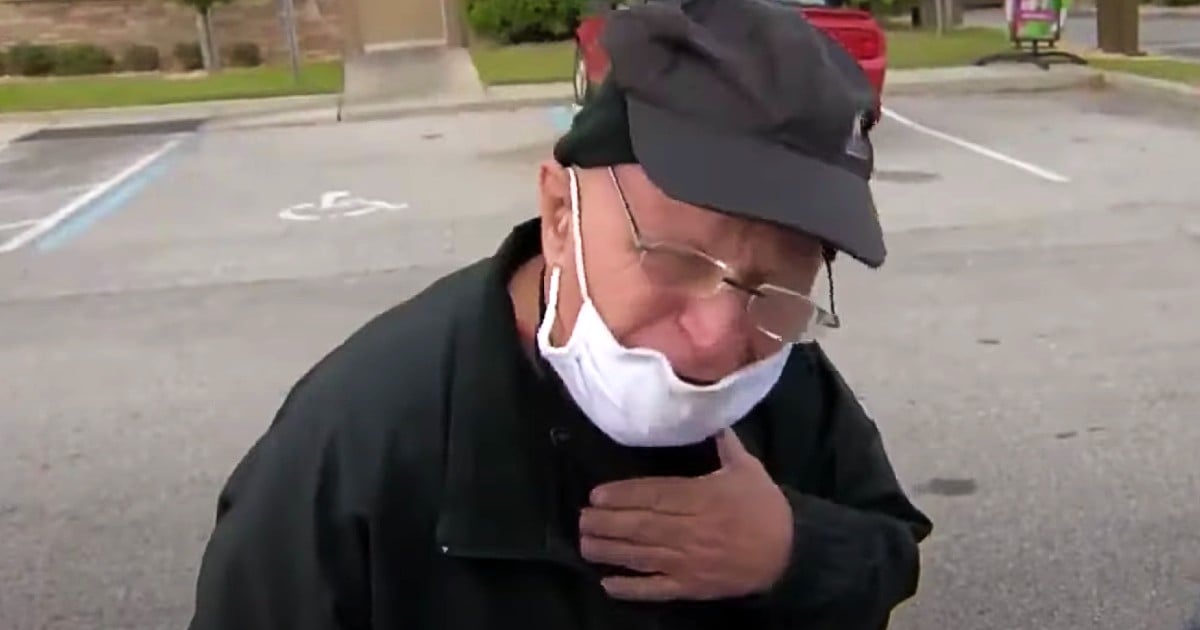 Community Comes Together To Give $6,000 Tip To 70-Year-Old Taco Bell Employee
Read Article »

A grocery store security guard in Hawaii went out of his way to return a wallet, biking for miles uphill.

What happens when an "Aloha! Moment" meets an "Aha! Moment?" A grocery store security guard rides his bike three miles to return an unsuspecting mom's lost wallet, and the grateful mom found the perfect way to repay his kindness.

RELATED: Homeless Man Found A Wallet In A Dumpster And Knew Just What To Do With It

Chloe Marino was shopping at a grocery store in Kahului, Hawaii with her five-month-old son. Like all moms, Chloe had gotten distracted between caring for her son and ensuring everything was purchased on her list. What she didn't realize is that she had dropped her wallet.

But security guard Aina Townsend did notice! Because of his kindness and being full of integrity, he did what most people wouldn't do. He took the burden upon himself to ensure she would get her wallet back. Even though he didn't even have a car, he offered to return it to her when he got off of work by riding his bike!

He biked all three miles, uphill after he got off work. The ride took over an hour but he finally reached her home. When Chloe answered the door, she didn't even realize it was gone until he brought it back to her and was very appreciative of his kind gesture.

"You know, I lost a wallet before too and it's the worst thing in the world," Aina said, "I was just doing what I felt was the right thing to do."

Chloe and her husband Gray were not only appreciative, but they were also filled with compassion and wanted to take their "thank you" one step further.

They took to Facebook to talk about his kindness. However, one of Gray's friends, Greg Gaudet, was moved by the selfless act and decided to do something amazing for the grocery store security guard - setting up a GoFundMe page for Aina to help him get a car! The original goal was $5,000 and they made that and more, exceeding the goal by almost $19,000 for a grand total of $24,000.

Security guard Aina was given a car. When Aina heard about the fundraiser, he said he was amazed and at a loss for words because he had been commuting on his bike for the past five years to work. "Having a car would be like winning the Super Bowl," he said. “It means a lot. “It’s not only about having better transportation. I can do more stuff for my family now. That’s the bigger part of the picture.”

This is how acts of kindness move forward changing the world!

YOU MAY ALSO LIKE: Tom Selleck Leaves A $2,020 Tip And Heartfelt Note After A Blue Bloods Co-Star Inspired Him