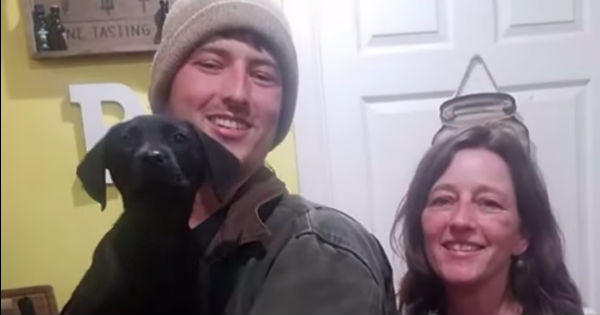 One heroic dog leaps into action to save his owner after a horrible hit and run accident.

After Max the Siberian Huskey came running home covered in blood, David Symes knew that something was terribly wrong. He ran out of the house with Max and started desperately looking for Shaune Martin, his fiancée.

Unbeknownst to David, Shaune was just 200 meters from their home, lying unconscious in a ditch off the road. She had been struck by a car and was severely injured.

“I immediately tried calling Shaune's phone but obviously there was no answer,” David said.

That's when Max stepped into action and led David to Shaune. “He pulled me along the entire way to where I found her lying unconscious. I managed to wave down a police car on the other side of the road and they immediately called the paramedics," said David. "If Max hadn't led me to her, she wouldn't have been found as she couldn't be seen from the road."

Woman Saved By Dog After Hit And Run Accident

The car that hit Shaune was further down the road and had flipped over. While police and paramedics were tending to that scene, nobody knew that there was a pedestrian that had been badly hit in the accident, located just 100 meters away. Thank goodness for Max and his instinct to bring help to Shaune's side!

Once a critical care team was rushed to where Shaune was, the medical professional said that she would have likely ended up dead if she wasn't found within the next 10-15 minutes.

After an 11-hour facial surgery and spending 27 days in a coma with a number of brain complications, Shaune Martin is finally home with her family. Though she has a long recovery journey ahead, Shaune and David are so grateful that she made it out of that hit and run accident alive.

YOU MAY ALSO LIKE: Grandpa In Hospital Suffering Dementia Passes Away Cradling Pet Cat Robot He Thinks Is Real

And they both are so thankful for their heroic dog, Max. “The wonderful staff of the ICU unit, as well as the police officers and paramedics at the scene, have hailed Max as a true hero," shares David. "And they all say he deserves recognition.”