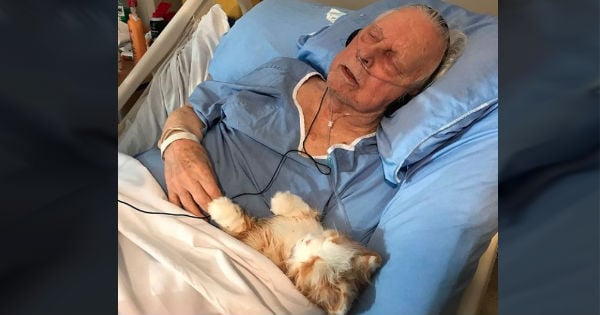 A deaf dog for adoption made the perfect companion for one deaf man. And in order to communicate with each other, they use sign language!

Nick Abbott is the owner of his black lab puppy, Emerson. He's been teaching his new pup a bunch of new tricks like sit, stay, lay down, and other commands all with sign language. To Nick's surprise, Emerson was able to learn the tricks and pick up sign language in just a matter of days. What a smart puppy!

RELATED: Boy Gets Surprise Puppy For Birthday & Loses It Hearing It’s A Gift From Dad From Beyond The Grave

The first place that Nick saw Emerson was on his Facebook newsfeed when a rescue center posted the dog's picture. Out of his litter of black Labrador puppies, Emerson was the last one to be adopted.

"He is left wondering why no one wants to give him a forever home," the shelter posted on Facebook along with Emerson's picture. "He wants everyone to know that even though he may be deaf, he is still an amazing little pup with so much love to give!"

When Nick couldn't stop thinking about that adorable puppy, he knew he had to make his way down to the shelter to give Emerson a loving home.

"I was drawn to him right away because we have similarities. I felt like because I know what it's like to be deaf, I could understand him," Nick says.

Once Nick met Emerson for the first time, he knew it was meant to be. "I walked in and he came right to me and sat on my foot. It was like he already knew me," explains Nick. "That's the moment that I knew."

YOU MAY ALSO LIKE: Couple Wakes To Discover Injured Mystery Dog Inside Their House But All Doors Closed

Nick also has another older dog, a yellow lab named Scout. Both of the dogs get along great and fill Nick's home with so much love. Emerson couldn't have found a better family to be adopted by!