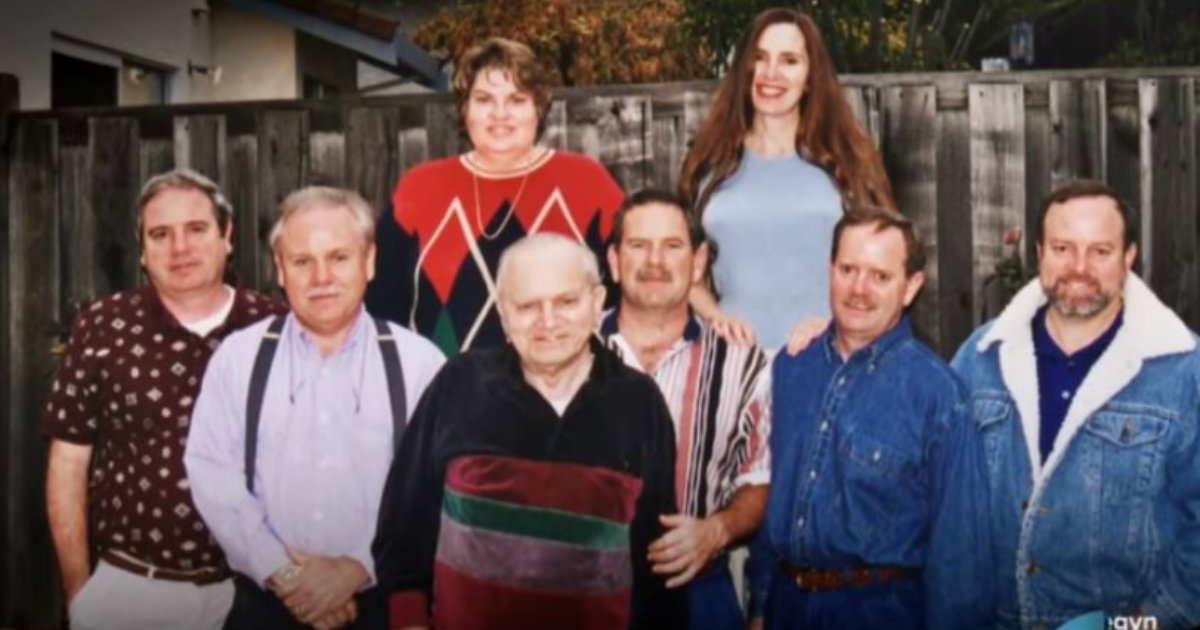 When 70-year-old Peter Robson went into the hospital, he feared he’d never see his faithful dog, Shep, again. The terminally-ill man knew his time on earth was coming to an end. But the amazing hospital staff pulled together in this real-life inspirational story about a final goodbye between a man and his furbaby!

Blessed With A Special Companion

Some folks see animals as “just pets.” But for Peter Robson, his border collie, Shep, was a constant companion and best friend. Peter’s family surprised him with Shep as a puppy after his wife died. And this precious puppy was a true gift from God.

RELATED: Inspirational Story About A Final Goodbye — Nurses Surprise Dying Man With One Last Goodbye To His Beloved Horse

Shep and Peter instantly bonded, becoming best buds. His family says you rarely saw one without the other. But Shep did more than help Peter fight loneliness. He was there to see him through a tough health battle, too.

In January 2015, doctors diagnosed Peter with a progressive form of lung disease — pulmonary fibrosis. Next came emphysema. Doctors guessed he had three to five years left to live.

Shep remained by Peter’s side as his disease progressed. Eventually, his condition took a sharp turn, sending him to the hospital. As weeks went by, Peter knew he wouldn’t ever be going back home. And the thought of leaving behind Shep ate at him.

"He thought he would never see his dog again," Ashley Stevens, one of Robson's granddaughters, said.

But those who knew how much Shep meant to Peter were determined to let the two friends see each other one more time!

Inspirational Story About A Final Goodbye

As it became clear Peter was entering his last days, he wanted only one thing. To see his faithful dog one last time. And the wonderful medical staff from this hospital in Scotland wanted to make sure the dying man’s wish was granted.

RELATED: Dying Man Heartbroken To Leave His Fur-Baby Behind Asks For Help

Peter’s nurse, whom his granddaughter called “an absolute angel,” worked with her colleagues to set up a special meeting between Peter and Shep. And it meant the world to the dying grandfather.

"When the dog came, he just broke down," granddaughter Ashley recalled. "He took his mask off to kiss him and stuff, and Shep was licking his face."

WATCH: Dying Man Gets Surprise Visit From His Beloved Dog

Peter and Shep got to spend about 30 to 45 minutes together before Peter passed away, surrounded by family. And thanks to the hospital, that included Peter’s 4-legged family, too.

"He was all my granddad had," Ashley said of Shep. "So it was just right that we had him there."

Ashley shared the gut-wrenching moment on Facebook, where you can see Peter’s joy amidst his family’s sniffles and tears.

The true inspirational story about a final goodbye struck a chord, wracking up over 6,000 shares in just a few days!

And Ashley’s praise made its way to the hospital, where a representative commended the staff’s efforts at granting Peter’s dying wish.

"It is often the little things that mean the most to patients and their families and I'm so pleased that the staff were able to grant this wish," the hospital system's chief executive, Lesley McLay, said.

Now that Peter is gone, Shep will live with the man’s son, also named Peter. This precious bond between the man and his dog just goes to show our furbabies are more than “just pets.” They are truly a gift from God!

YOU MAY ALSO LIKE: Trucker Gets Dying Wish To Take Final Ride In 62-Year-Old Studebaker