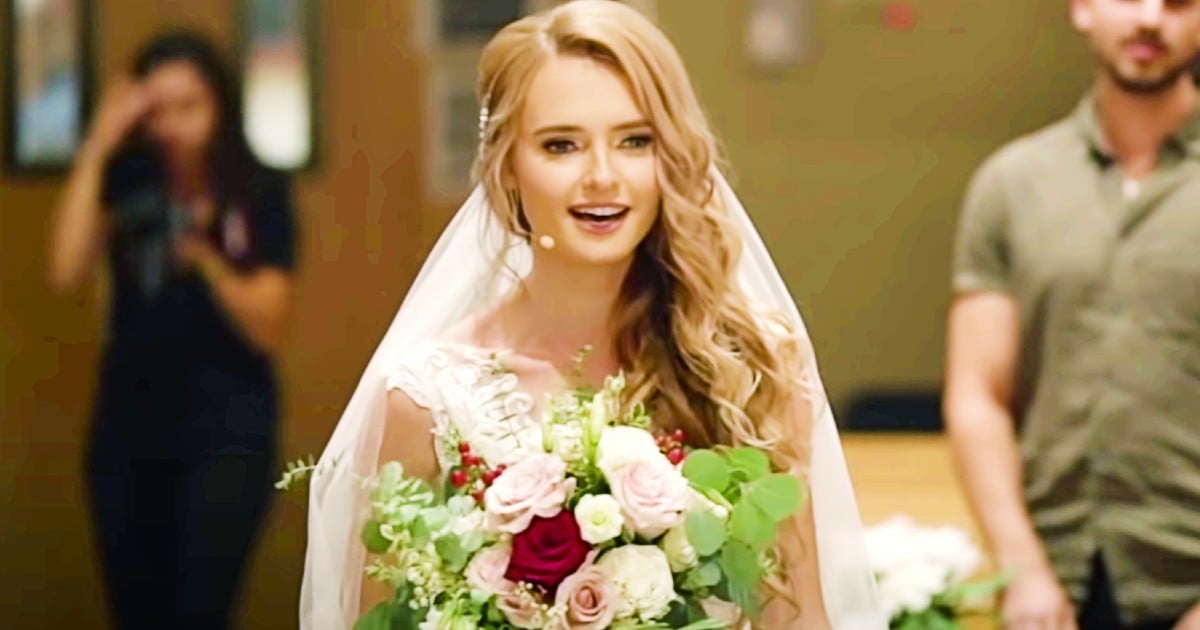 Tim Cook is both blind and deaf. And try as they might, the flight attendants just couldn’t figure out how to communicate with the man who was traveling all alone. But then a 15-year-old girl used sign language and genuine compassion to save the day!

Tim Cook was on his way to Portland after visiting his sister in Boston. The flight attendants and passengers around Tim did their best to help him. But no one knew how to communicate with him.

Imagine how terrifying it must be to find yourself completely cut off from your surroundings. Especially when no one can understand or communicate with you. It’s heartbreaking to think Tim experiences this feeling on a regular basis.

But God made sure a special angel was on the plane to help him out during the 6-hour flight!

15-year-old Clara Daly was traveling with her mother Jane from Boston to Los Angeles when the flight attendants came over the speaker. They were looking for anyone on board who knew sign language.

Clara hit the call button, as she’d studied a year of American Sign Language in school. She was the only one on the plane capable of truly communicating with Tim. And her heart went out to him.

“Imagine six hours of just not being able to talk to someone,” she said.

Clara used fingerspelling to talk to Tim, which is where you sign each letter in every word. This way, Tim could feel Clara’s hands and they could communicate. First, Clara helped the flight attendants make sure all of Tim’s needs were met. Then, she spent the rest of the time just chatting with him.

Together, they talked about family and Clara's future plans, while she learned about Tim’s past as a salesman.

A nearby passenger named Lynette Scribner couldn’t resist taking a photo and sharing it on social media. She detailed how the 15-year-old girl used sign language to help this man, amazed to have witnessed such an incredible act of compassion.

After writing about Clara’s real-life act of kindness on social media, Lynette’s post, which has since been deleted, took off. In fact, it garnered over 650,000 shares on Facebook!

The humble teen never expected her actions to draw so much attention. She’s quick to point out that she just did what any one of us should do when given the opportunity — help out.

“Everyone should just be helping each other just because that’s the nature of people,” Clara said. “We should all just help each other.”

YOU MAY ALSO LIKE: Little Girl With Autism Movingly Signs Her Favorite Song

To hear such wonderful words of wisdom and to see such compassion from someone so young certainly restores my faith in the next generation. Lynette hit the nail on the head at the end of her post when she said, “We are all starving for good news and this was just what we needed.”

We are all called to be the hands and feet of Jesus. What a beautiful example this young lady set for us all!