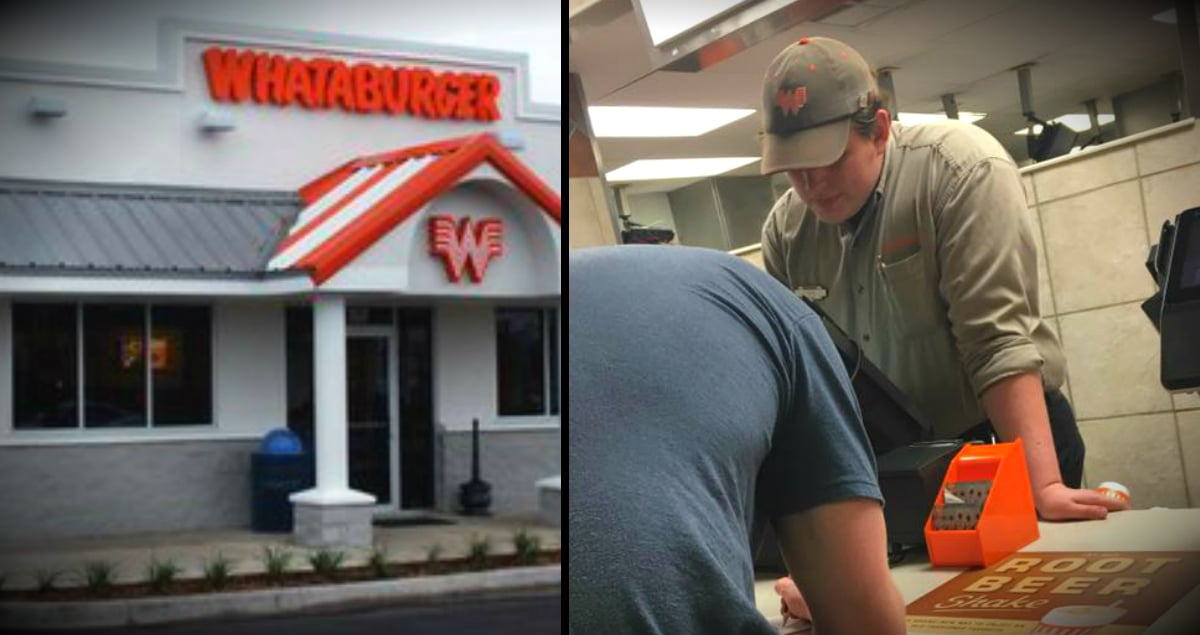 Sometimes a simple act of kindness can have a huge impact. Especially when it comes from today’s youth — a generation generally considered completely self-absorbed. But that’s certainly not the case with Jayden Denton, a young man who’s act of kindness is taking the Internet by storm after he helped a blind man cross a busy intersection! 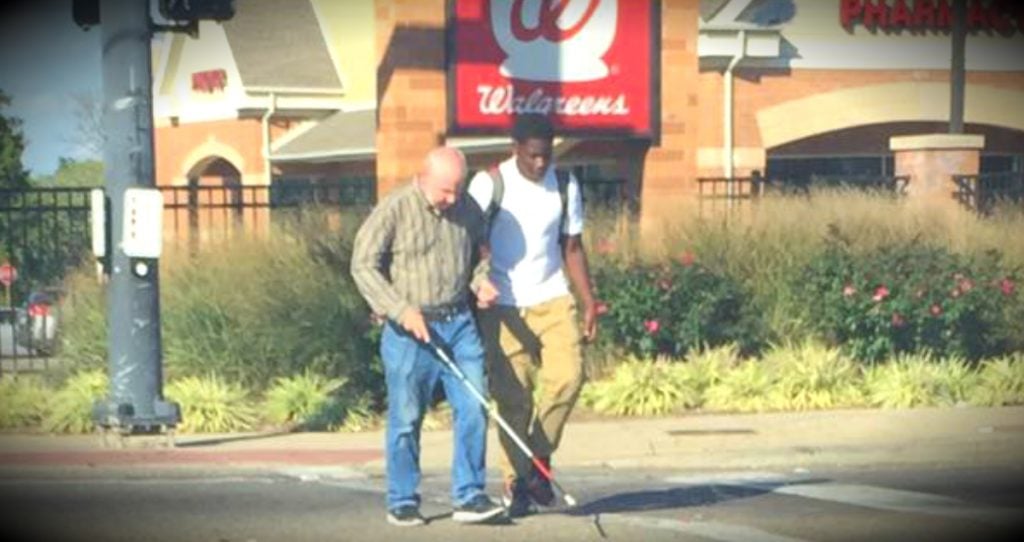 Kristie Webb was sitting at a red light at a busy intersection when she noticed a blind man waiting at the corner. A young kid was crossing the street, and just before he joined the blind man at the corner, Kristie couldn’t help but think to herself:

“There was a time that a young man his age wouldn’t hesitate to help that man across the street. . . how sad. . . that our world has become so self involved that little things like that don’t even cross a teenager’s mind anymore.”

But then, to her pleasant surprise, the young man stepped right up and helped the blind man cross the busy intersection!

Kristie says her heart swelled with pride, and she thanked God that kids like that still exist. She also pulled out her phone’s camera and snapped a few photos. Once she shared the story and photos on Facebook, her post became a viral sensation overnight. And Kristie’s wasn’t the only heart swelling with pride!

RELATED: Teen helps an elderly woman he sees struggling at the Dollar Store

As it turns out, the kind-hearted young man was 12-year-old Jayden Denton. He saw Terry Strader waiting on the corner, and, realizing Terry was blind, Jayden decided to lend a hand.

“He could have just walked out into traffic and hit by a car so I thought I should help him across the street so that didn’t happen," the thoughtful young man said.

Actually, Terry is very familiar with the area. He works nearby, and was on his way to get dinner and head home. And while he didn’t necessarily need the help, he most certainly appreciated it!

“You never refuse that because you never know when you might need it," he said.

Neither were aware at the time that Kristie was watching the whole thing from her car, and snapping pictures of the young man helping the blind man cross the street. But they’re glad that people are finding the special moment so inspirational.

These are exactly the kinds of stories we love to see go viral. What a wonderful example Jayden is for his peers!

“Carry each other's burdens, and in this way you will fulfill the law of Christ.” Galatians 6:2

Seeing this teen help an elderly woman cross the parking lot restored my faith in our youth! 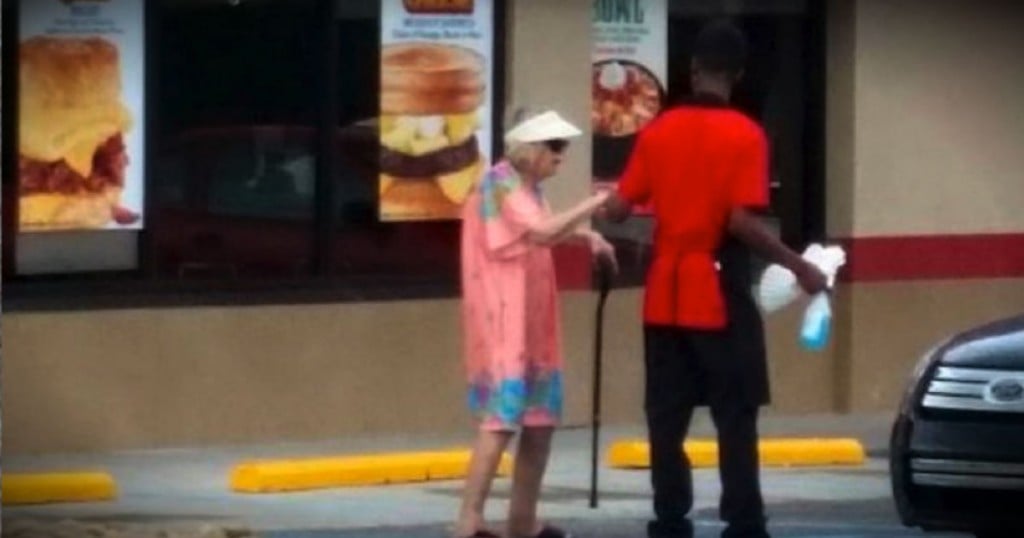