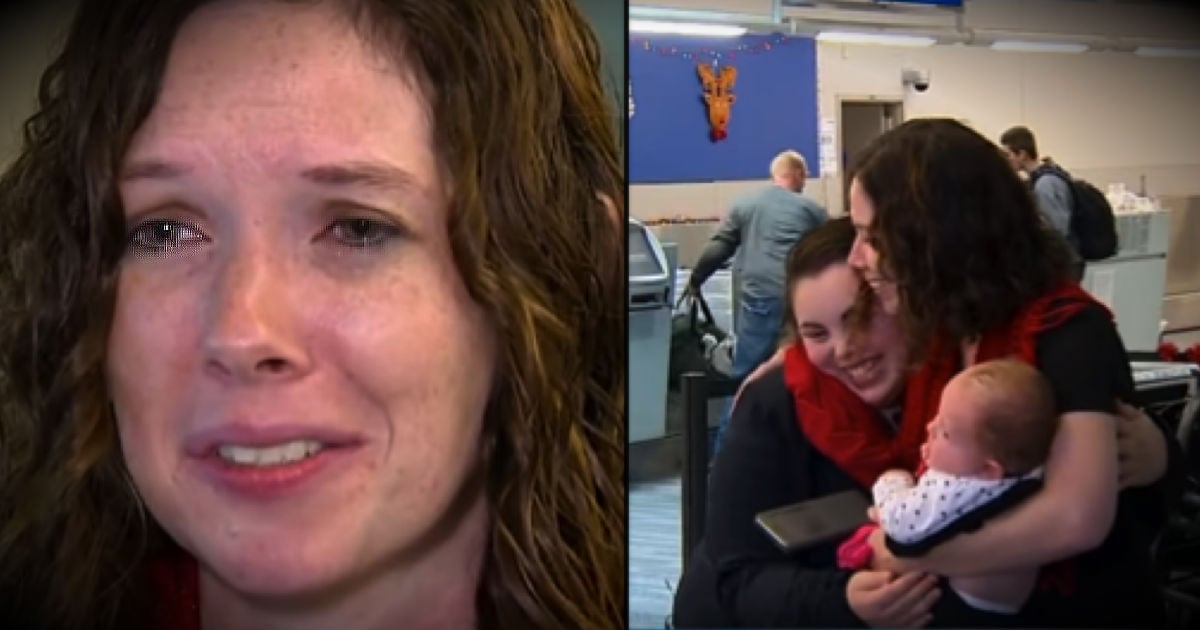 When Jesus walked among us as a man, He did not concern Himself with the things that society deemed important. He spent His time with the outcasts and those whom society ignored. To love like Jesus, He tells us to do for the least of these. And on a recent flight to China, passengers were able to see firsthand exactly what this looks like, thanks to the kindness of one flight attendant!

One of the passengers, a 71-year-old man named Mr. Niu, had lingering disabilities from a stroke he'd suffered a few years back. Because of that stroke, the older man was wheelchair bound and has difficulty holding utensils.

RELATED: Struggling Farmer Cares For His Sick Mom In An Amazing Way

So, when the in-flight meal came around, he was unable to eat. 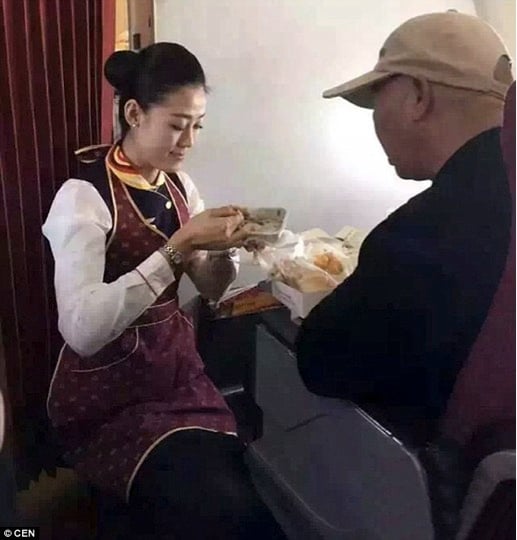 But when Fan, a kindhearted flight attendant noticed that Mr. Niu was struggling, she knelt down and attentively fed the man his meal. 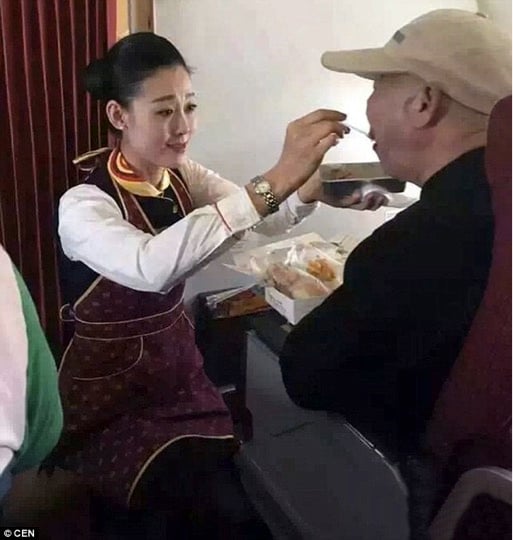 The compassion shown by Fan was so moving, the gentleman broke down in tears. The tender scene touched the passengers as well, who began photographing this amazing act of goodwill. 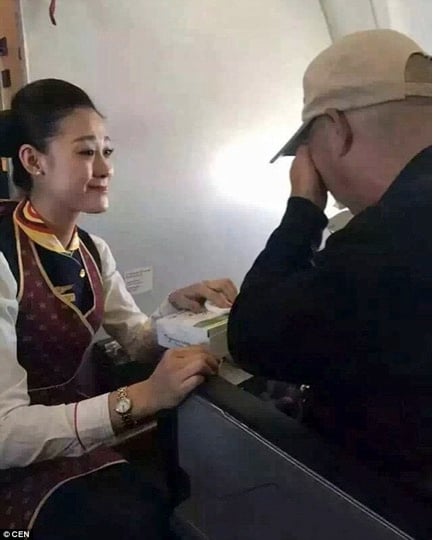 Because of the effects of the stroke, even with help, eating was difficult. But Fan showed great care while feeding Mr. Niu.

They started with rice, but it was too difficult to chew. So, Fan got him some noodles instead. Though he choked a few times, Fan waited patiently for Mr. Niu to recover and carried on with the feeding. This made the gentleman cry even harder, so Fan took a tissue and gently wiped his tears away. 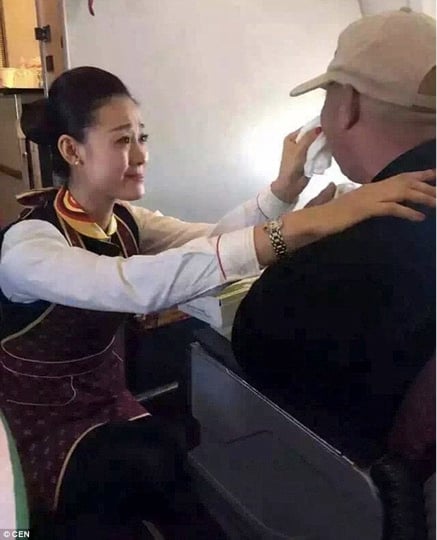 The touching photos were uploaded to social media by one of the passengers, and it didn't take long for them to become a viral sensation. And as the story gained popularity, reporters pressed Fan on why she did what she did. And to this sweet girl, there was never a second thought about showing such respect to an elder. She said,

"Mr Niu worked hard all his life and contributed to society, we should be kind to him."

What a beautiful example of being the hands and feet of Jesus!

YOU MAY ALSO LIKE: Subway Angel Steps In For A Homeless Woman With No Shoes